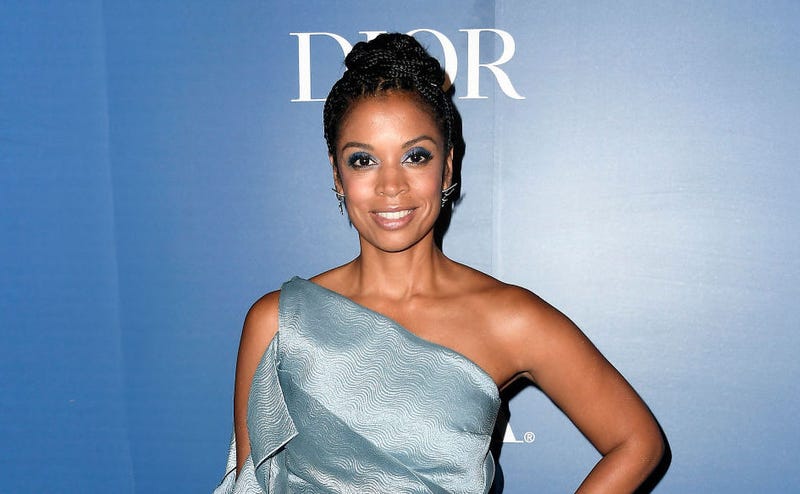 There’s a new “us” coming from the “This Is Us” cast. Actress Susan Kelechi Watson has announced on Instagram that she’s engaged!

Jaimie Lincoln Smith, known for his roles in “Grand Theft Auto V” and “Law & Order,” popped the question this weekend, resulting in two Instagram posts from the couple with the caption, “Forever Ever.”

Watson delivered the exciting news on Sunday with her post accompanied by a sweet poem about love.

Lincoln Smith revealed the same photo on his Instagram with a similar caption.

“They’ll say it’s love / And they’ll know it’s love/ For when they call its name / It will answer to love / Without hesitation,” the post reads.

The unique engagement ring features a blue stone surrounded by a band of diamonds.

The news was met by words of congratulations from various celebrities and costars, including a comment from Mandy Moore, which reads, “So happy for you guys Su!!!!!!” Tika Sumpter chimed in with, “Congrats my love!”

Fellow costar Melanie Liburd also commented, saying, “So beautiful! So happy for you both.”

During New York Fashion Week, Moore revealed to E! News that the engagement didn’t come as a shock to people who know the couple. “We’ve know for a little bit,” she said. “I’m so excited for her and her fiancé!,” she continued.

Watson plays the role of Beth Pearson in “This Is Us,” half of the fan-favorite ficitional couple alongside costar Sterling K. Brown as Randall Pearson.