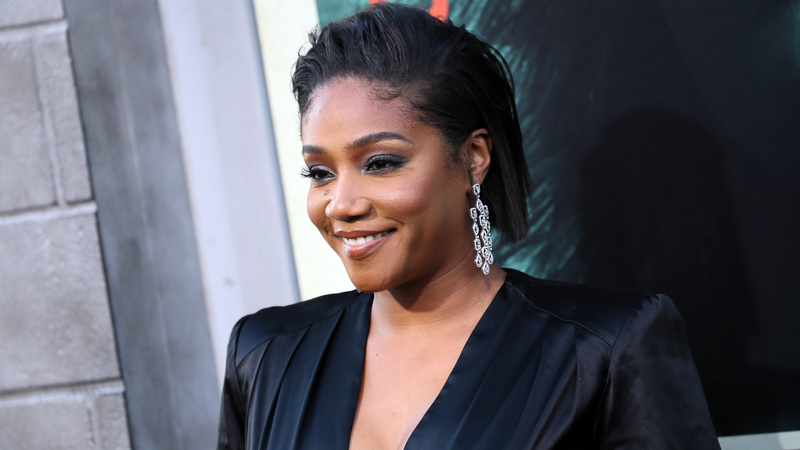 She joins Audacy's own Big Tigger and the crew of The Big Tigger Morning Show to discuss her man, GRAMMY win, her bad habits, her goals to host her own talk show and much more. Haddish kicked off the conversation, grateful and feeling "successful." After hosting The Ellen Show, she hinted at having her own show. Haddish expressed, "I've always thought that."

The conversation quickly turned to her beau, Common, whom she has been dating for almost a year. It was revealed that the rapper had to pursue his lady quite a few times before she agreed to their courtship-turned-relationship. When asked why, the answer was simple. "Because I'm the prize, boo," Haddish explained. "And you know I feel like men appreciate what they work for it. I want to be appreciated [because] when you're appreciated, the value continues to rise," she continued.

In a fun game of 10 Seconds or Less, the Kids Say The Darndest Things host expressed that her bad habits include "not going to bed on time, cussing, [and] smoking too much weed." Now that she's working with kids, she wants to be more mindful of her explicit mouth. Haddish also revealed three things she would tell her younger self, but her message can resonate with all.

Find out that advice and what three things she needs for an incredible night with her Bae in Tiffany Haddish's full interview above.

WATCH MORE: What to watch this week: 'Shadow and Bone,’ ‘Sasquatch’