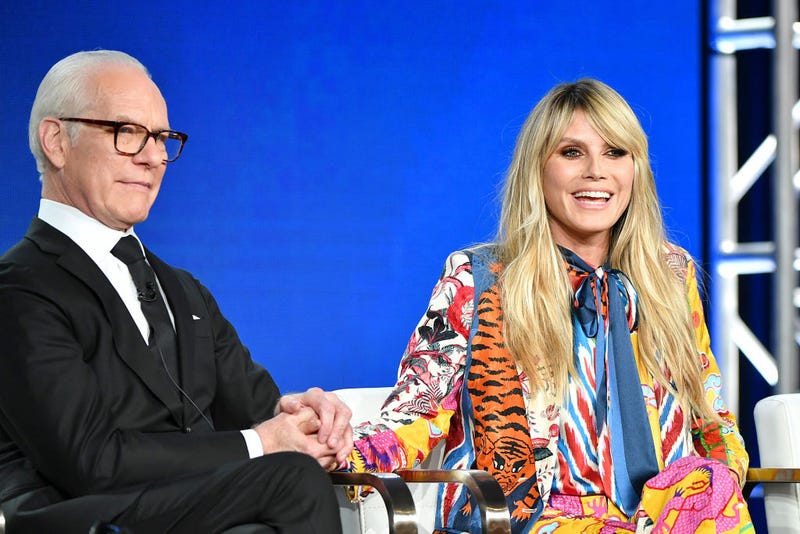 Fashion maven Tim Gunn is pretty excited about the new season of “Making the Cut.” But he’s even more over the moon about his co-host, Heidi Klum.

And if you doubt it, check out the love letter he posted today to his longtime friend, model, and co-host of “America’s Got Talent.”

The two originally met on the set of “Project Runway” nearly 20 years ago, and have remained fast friends since, often seen out and about like any other famous couple. In the letter he even calls her his “TV wife.”

They now host the popular design competition show “Making the Cut,” the second season premiere of which lands on August 16 on Amazon Prime Video. So this letter might be a cheeky kind of hype. But after reading it, there is no question of the real bond between the two Emmy winners, fashion icons, and most importantly friends.

Beginning with “Dearest Heidi,” Gunn gets right into the gush with, “How do I love thee? In more ways than I can adequately express. But let me try…”

He clarifies with some detail that it was exactly 17 years ago they met in the Parson’s fashion building to begin “Project Runway,” as he realized he was moving from just a consultant to a host -- and that apparently scared the hell out of him. Not to mention he was intimidated by the statuesque star next to him.

“Repeat,” writes Gunn, “I was a wreck. You wrapped an arm around me, took my hand and said, ‘Don’t be nervous. Relax. We’re going to have an amazing summer.’"

They had a lot more than that summer together. He drifts through the fun history of “that other show" and Emmy memories, like Gunn smooching Neil Patrick Harris with the aid of lots of champagne.

But Gunn quickly shifts to their latest venture, “Making the Cut,” which he feels is an even better avenue for their expertise and friendship.

Gunn states, “We get to do what we love most: help find and promote the next global fashion brand while enjoying each other’s company. On ‘that-other-show,’ our roles were entirely separate and discreet. On ‘Making the Cut,’ we get to play together every day!”

And in case you missed the massive feels, Gunn concludes with, “Have I ever told you that you have single-handedly transformed me into a happier and more confident individual? Heidi Klum, I love and adore you.”

We’re sure Klum, 48, can use the Gunn love, as there have been some recent personal speed bumps for her. She announced she’ll have to cancel her infamous Halloween party for the second year in a row due to COVID; and there was the admission that trying to annually renew her marriage vows to Seal obviously didn’t work.

Nevertheless, she is active as ever. Things seem great with current husband, Tom Kaulitz. There’s that second season of “Making the Cut” coming up. And while enjoying her summer to the fullest, she shows no sign of aging like a normal human being.