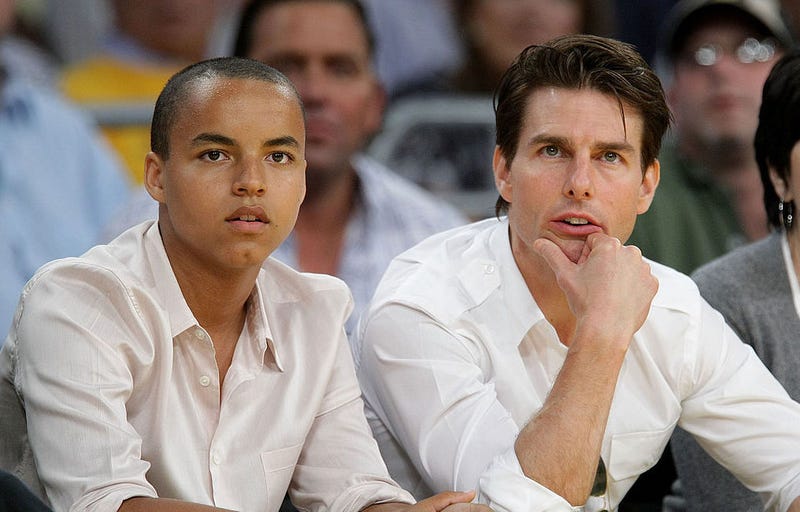 It was a family bonding weekend for Tom Cruise.

The 57-year-old actor was photographed in public with his son Connor Cruise in London on Saturday, according to People.

Dressed in similar dark ensembles, the pair were spotted heading toward a helicopter with the A-list star’s entourage.

The 24-year-old, who along with sister Bella was adopted by Cruise and second wife Nicole Kidman during their marriage, has remained out of the spotlight in recent years.

Connor previously traveled the world playing gigs as a DJ and going by the moniker D.J. C-Squared. But these days, the son of Hollywood royalty prefers to lead a very private life as a deep sea fisherman near Scientology headquarters in Clearwater, Florida.

“Connor has a pretty simple life in Clearwater,” a source previously told People. “He lives in his own home in a Scientology community. His life is deep-sea fishing.”

While Connor shares the controversial religion with his movie star father and sister Bella, Kidman is not affiliated with the church. While there have been reports that it has put a strain on their relationship, Kidman maintains she fully supports her adult children.

“I know 150 percent that I would give up my life for my children because it’s what my purpose is,” the Oscar winner told Australia’s Who Magazine in 2018. “They are able to make their own decisions. They have made choices to be Scientologists and, as a mother, it’s my job to love them."

The first of which, the as-yet-untitled 7th film in the franchise, is set to hit theaters in 2021.