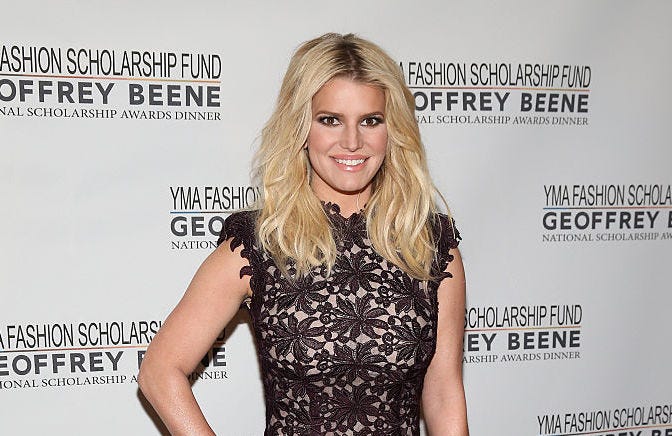 Jessica Simpson stunned the world when she announced she had dropped 100 pounds six months after giving birth to her daughter, Birdie Mae Johnson, in March.

Now, celebrity trainer Harley Pasternak has revealed what it took for the “Public Affair” singer to achieve the remarkable post-partum physique after “tipping the scales at 240 pounds,” according to the Daily Mail.

Pasternak has been Simpson’s trainer for over 12 years and said while they usually focused on her workouts, this time he put more emphasis on what she did outside the gym.

His main tactic was to have the mother of three adhere to “five daily behaviors” that would help her reach her goal in the optimal amount of time.

“We made sure Jessica’s Fitbit read at least 12,000 steps every day before she went to bed, made sure she got at least seven hours of quality sleep a night, [and] unplug from technology at least one hour a day,” Pasternak said.

So that’s walking, sleep and putting down your phone. While the first three steps seem pretty manageable, the next two is where the discipline really kicks in.

Next up was a specific diet that consisted of three meals and two snacks a day — all high in fiber and protein.

Breakfast was usually scrambled eggs made of three egg whites and one whole egg and a bowl of blackberries. For lunch she’d have salad and grilled chicken, followed by grilled fish and veggies for dinner.

6 months. 100 pounds down (Yes, I tipped the scales at 240 😜) My first trip away from #BIRDIEMAE and emotional for many reasons, but so proud to feel like myself again. Even when it felt impossible, I chose to work harder. 💚

Snacks consisted of almonds or green beans with parmesan cheese. Good luck getting that on your Starbucks run!

The fifth and final step was doing resistance workouts every other day, which Pasternak believes “is the best way to tone, tighten, and strengthen.”

While Simpson followed the routine for six months and got amazing results, Pasternak has advice for how people who don’t have the luxury of a trainer or chef can also reach their fitness goals.