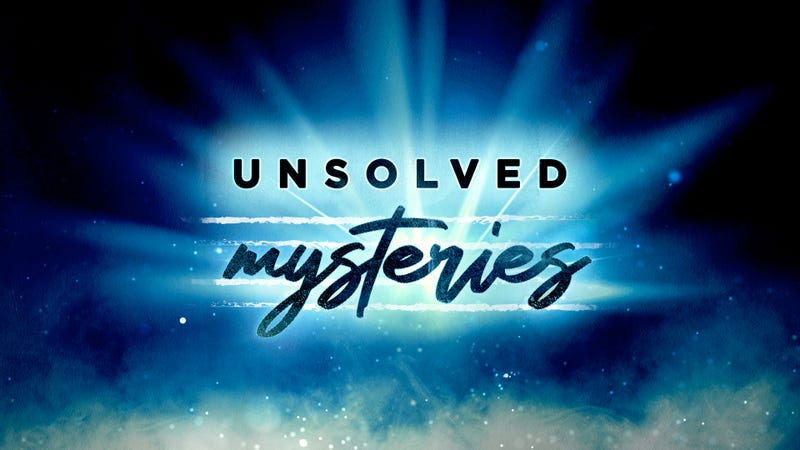 RADIO.COM's Cadence13 announced today that they would be partnering with Cosgrove/Meurer Productions for a weekly podcast series based on the popular Netflix streaming series "Unsolved Mysteries."

The television show, which premiered in 1987, was the first series to introduce a "call to action," urging viewers to help with tips in solving some of the real, open cases.

The show has chronicled the events of over 1,300 mysteries over the course of 230 episodes, from murders to unexplained deaths, missing persons, and more. Up to 260 cases have been solved.

The show has received 6 Emmy nominations as well as kudos from various law enforcement agencies.

The "Unsolved Mysteries" podcast aims to uncover a slew of new cases from vast archives in a weekly series. Each episode will focus on a new mystery, and much like the television show, listeners are encouraged to divulge any information they may have about the cases.

“It’s an honor, and a great opportunity, to partner with one of the strongest and most credible and successful brands in television history to create original content for the podcast space,” said Chris Chief Content Officer, Cadence13. “Our objective at C13 continues to be focused on best-in-class content, and this is a special one we’re proud to add to our premium-focused roster.”

Season one of the "Unsolved Mysteries" podcast will launch in early 2021.