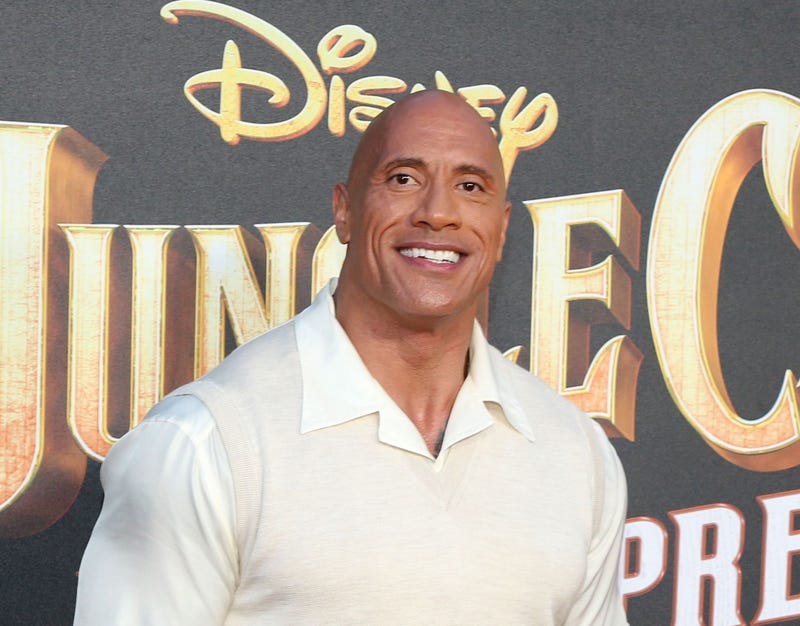 Dwayne Johnson became the main attraction on a Hollywood tour.

Earlier this week, the action star surprised a tour bus full of fans as he rolled up alongside them in his car.

In the clip, Johnson notes how the tour buses normally drive through his neighborhood, before approaching the people sitting in the topless vehicle.

"Hey you guys know where I can find The Rock?" he asked as a cacophony of screams and cheers erupts from the group.

"How you guys doing?" Johnson said as the tourists grabbed their phones to get a shot of their unannounced guest. “Don’t worry, I’ll wait.”

He continued to chat them up as their priceless reactions threatened to break the sound barrier.

"You guys have a good trip," he added before driving off.

The “Jungle Cruise” actor also noted his delight with the fan interaction.

"Well that was fun, good way to start off my Saturday,” he said into his phone.

Johnson shared the clip with his 265 million followers and included the caption, “One of the cool parts of fame & my job ~ makin’ a few folks happy.”

While known for his rippling muscles, the former WWE wrestler previously discussed how his abs are not perfect.

The 49-year-old made the admission and shared there is a medical reason for his allegedly imperfect stomach.

“There’s nothing wrong with them,” Johnson said in a Wired interview. “Here’s the thing. I think because on Instagram these fitness models have these incredible six, eight, 12, 24-pack stomachs. I’ve got, like, a five-and-a-half pack, sometimes a four-and-a-half-pack!”

Johnson then explained a wrestling match is to blame for the missing ab muscle.

“The problem was, which a lot of people don’t know, in a wrestling match, I tore the top of my quad off my pelvis. It caused a chain reaction and it tore my abdomen wall,” he added. “I had to do a triple hernia emergency surgery. So, they’re not perfect abs!”

No matter how imperfect his abdominals may allegedly be, Johnson’s fans have nothing but love for him.