Watch our Audacy Live with BTS
By Tarrah Gibbons, RADIO.COM

Wilmer Valderrama and Amanda Pacheco welcomed a new bundle of joy into their lives.

The “NCIS” star and his fiancée made the official announcement on their first child’s arrival, a baby girl born on February 15.

“Life is an ever evolving journey, and for all those times when our path needs a light.. often angels are sent to show us the way and that we can be more.. straight out of heaven we welcome our first daughter,” both first-time parents said in a joint statement on Instagram.

Pacheco shared photos of her and her 41-year-old partner holding their new baby daughter. The couple has not shared a name just yet.

In December of 2020, Valderrama announced that he and his fiancée were expecting their first child. 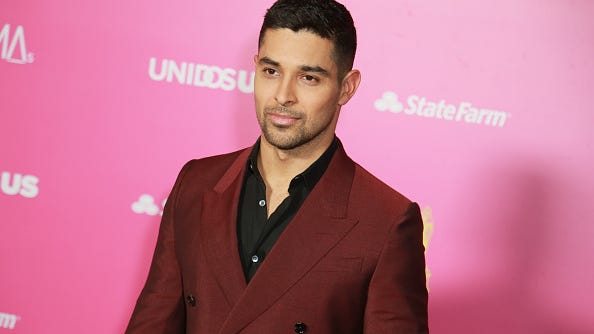 The “That ’70s Show” star took to Instagram with the news, mirroring their January engagement announcement. While news of their engagement was accompanied by a caption that read, “It’s just us now,” the pregnancy announcement comes with the caption, “#ItsJustUs3Now.”

The first photo showed Valderrama cuddled up to his pregnant partner as they stand amidst multicolored vapor. The second image showed the same scene but a little closer up.

Valderrama and Pacheco first began dating in April of 2019 and announced their engagement on January 1 of this year. They were seen attending Joe Jonas and Sophie Turner’s wedding together in June of 2019.

Turner even took to Valderrama’s comments section, saying, “Yessss,” in response to the pregnancy announcement.