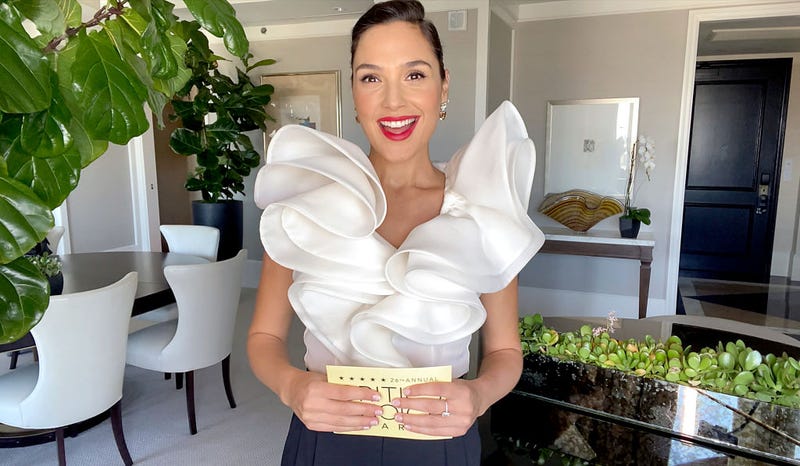 "Wonder Woman" star Gal Gadot has added another wonder girl to her family.

On Tuesday, the star welcomed her third daughter with husband Yaron Varsano — a baby girl named Daniella — in an adorable family photo shared to Instagram.

"My sweet family 🖐🏼I couldn’t be more grateful and happy (and tired 🤪) we are all so excited to welcome Daniella into our family. I’m sending all of you love and health. GG ♥️🖐🏼🖐🏼🖐🏼🖐🏼🖐🏼," Gadot captioned the pic of herself, baby Daniella, Varsano, and their two other daughters Alma, 9 and Maya, 4.

In the pic, the family smiles together in bed, as big sister Alma beams with joy while holding baby Daniella.

The somewhat secretive Gadot only just revealed she was expecting last March when she posted a preggers pic. And in a Kimmel interview in April, she hilariously recounted how she revealed the gender to her family, while not looking at all like she was pregnant.

So yesterday’s announcement came as a big surprise for her fans — 2.7 million and counting who’ve liked the post. Some celeb friends chimed in too.

Kate Hudson left three heart emojis, one for each of Gadot's girls.

And one astute fan added, "Get some rest, Gal. We love you."

Gadot will be a busy mom this year as she works little Daniella into the family while working on the third and supposedly last Wonder Woman film for Warner Bros.