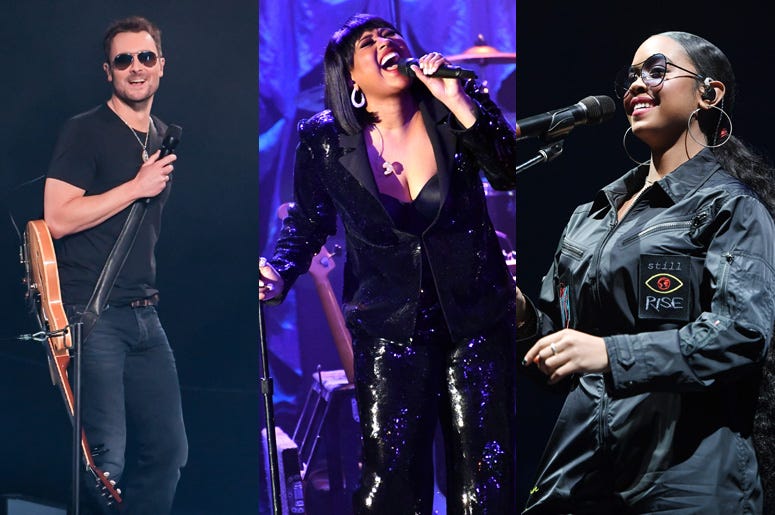 Super Bowl LV will be a star-studded affair as the NFL just announced that Eric Church and Jazmine Sullivan will sing the National Anthem while H.E.R. will sing “America the Beautiful.”

The performances will take place prior to the game on February 7 at Raymond James Stadium in Tampa. Church and Sullivan have a combined 18 GRAMMY nominations and have enjoyed immense success with their most recent albums.

Sullivan released her fourth studio album Heaux Tales earlier this month as it peaked at number four on the Billboard 200 chart. Church’s latest album Desperate Man was nominated at the 2020 GRAMMY Awards for Best Country Album.

The National Anthem will be arranged by Emmy-nominated producer Adam Blackstone.

GRAMMY-nominated artists @ericchurch and @jsullivanmusic will join us in Tampa Bay to sing the National Anthem at Super Bowl LV!

Tune-in on Feb 7 to the Super Bowl on CBS Kick-Off Show at 6pm ET pic.twitter.com/mh1Y8fjgpV

H.E.R. will join a long list of performers to sing “America the Beautiful” at the Super Bowl. Like Church and Sullivan, H.E.R. has enjoyed success this year as the singer received three nominations at the 2021 GRAMMY Awards including one for the prestigious Song of the Year category for her track “I Can’t Breathe.”