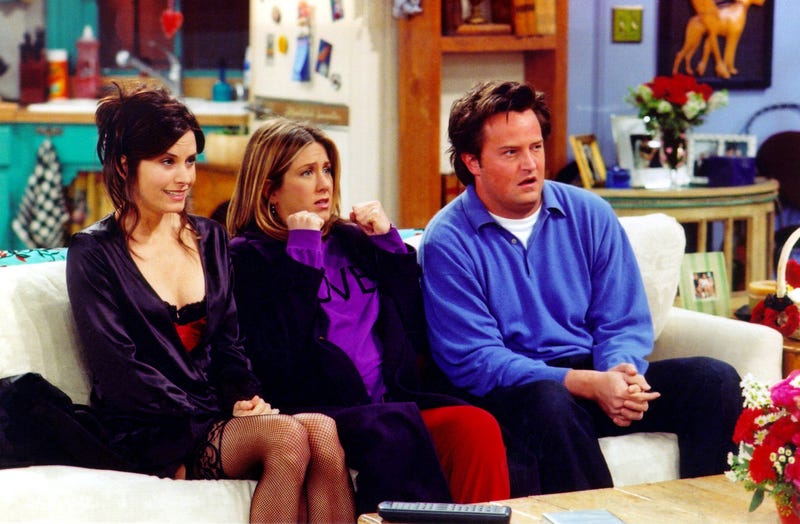 James Corden brought back a rendition of Carpool Karaoke on Wednesday, and while on a golf cart, with the entire cast of Friends in tow, The Late Late Show host almost took the famed actors down.

During the Friends reunion, which debuted last month, Corden caught a moment of Carpool Karaoke with Jennifer Aniston, Courteney Cox, Lisa Kudrow, Matt LeBlanc, David Schwimmer, and Matthew Perry. The former co-stars and the talk show host belted out the show’s iconic theme song, “I’ll Be There For You,” by The Rembrandts.

A post shared by The Late Late Show (@latelateshow)

Piled into the Warner Bros. lot golf cart the actors discussed reuniting and the emotions of walking back onto the set for the first time in years.

Shortly after catching up, Corden blasted the famed theme song and the stars all began singing along.

Once finished, Cox shared, “I’ve always wanted to do ‘Carpool Karaoke.’” However once, Corden, who also hosted the reunion special, parked the car he applied the brake incorrectly and the cart began rolling backward, which shocked each of the actors.

Aniston joked, “I really did think we might perish for a second."

After recovering from the golf cart mishap, Corden visited the reconstructed Friends sets and recreated some of the sitcom’s most iconic scenes.

Finally, he sat with the cast on the set of the Central Perk coffee shop for a round of the “Best Friends Test,” where LeBlanc shared when he could tell that Aniston had broken scene and one actor admitted to still wearing shoes and clothes that she had stolen from the show’s costume department.