Even though this year’s award season has been vastly different than what we’re used to, the 2020 Billboard Music Awards was here to remind us that music will always serve to unite us.

Hosted by Kelly Clarkson, the award show was filled with powerful and touching moments. From Lizzo’s moment urging us to “vote,” to John Legend’s tearful tribute to Chrissy Teigen, to Garth Brooks’ dazzling Icon performance, this evening’s show was packed with bits you don’t want to miss out on.

Check out our full list of winners here, and all of the best moments from the 2020 BBMAs below.

Kelly Clarkson, who hosted this evening opened the show with her powerhouse vocal chops on a cover of "Higher Love" plus Shelia E and Pentatonix served us an electrifying drum solo and moving vocals. During the opening vocalists from around the globe also appeared virtually to contribute to the passionate opening number.

We are forever blown away by @Sia + her incredible vocals. WOW! 👏 #BBMAs pic.twitter.com/5wVVr0mT7L

2 Sia shares a rare performance with us, wig, giant bow, and all

After winning his award for best song on Billboard’s Hot 100, Lil Nas X shared that he’d be dropping “the best album ever” with new music coming in November. Honestly, we can’t wait. Move over Thanksgiving, Nas-vember is coming.

The singer gave us a rendition of “Love Looks Better on You” that not only tugged at our heart strings, but also had us grooving in our living rooms.

Luke’s live performance of “Better Together,” backed by a simple piano performance gave us chills. Plus Combs brought home the BBMA for Top Country Artist.

6 Post Malone delivers a performance from a secret location

Posty gets industrial to give us a performance live from a secret location in Los Angeles. Fireworks and all, Post Malone and Tyla Yaweh’s vocals never disappoint. 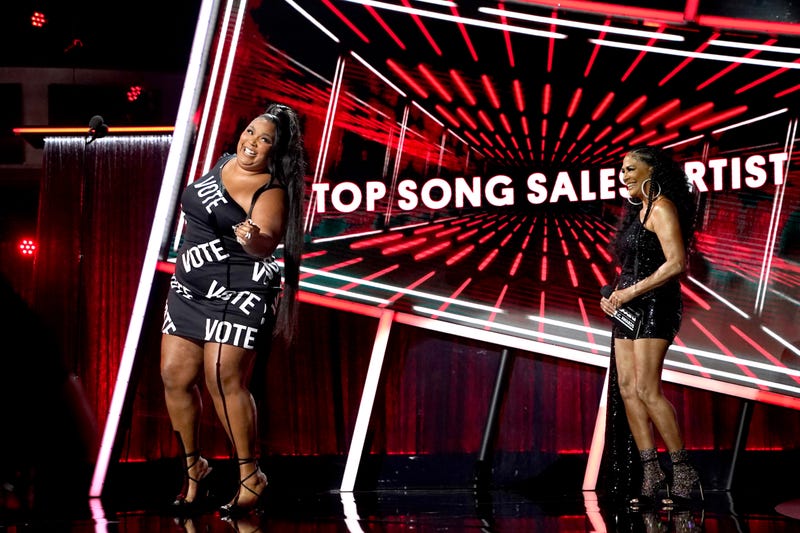 Clad in a black and white “VOTE” dress, Lizzo’s acceptance speech for Top Song Sales Artist, was an ode to those who have “refused to be suppressed.” While encouraging us to vote, Lizzo also thanks us for being powerful and using art and protest to create change.

With tears in his eyes, Legend sat down at the piano to perform a song called “Never Break.” The heart-wrenching performance was dedicated to his wife Chrissy Teigen just a few weeks after the couple lost their baby.

The Atlanta Native, one half of Run The Jewels, and tireless humanitarian, accepted the first-ever Billboard “Change Maker Award.” Killer Mike has been a powerful leader in the Black community and has consistently championed Black-owned businesses. Through his music and his platform, Killer Mike speaks about social justice and activism in order to create change.

Are we watching TikTok or the #BBMAs? We ♥️ you so much @DojaCat! #SaySo 💃 pic.twitter.com/NdMXRI6W7a

Doja Cat, who’s song, ‘Say So’ has appeared in 20 million TikTok videos, served us the most broadway-inspired BBMA performance ever. Doja pulled a page right out of Roxie Hart’s book and seriously dazzled us with her “Cell Block Tango” twerk routine.

Garth Brooks gave us an all-star performance just before accepting his Icon Award. Presented by 2017 Icon Award winner, Cher, Garth received an incredible tribute for his outstanding contributions to Country music throughout his unbelievable career.

#DemiLovato is so powerful with this performance of #CommanderInChief💙 #BBMAs pic.twitter.com/2cwu1tFMP3

This evening Demi Lovato took the BBMA stage to premiere her brand new song “Commander in Chief,” which is a direct reflection of her feelings about the failures of the Trump administration. The stark yet stunning performance captured a mood many are feeling just before the election.

13 BTS gets retro at the BBMA’s

The explosive performances just don’t stop with BTS. The boys of the K-pop group gave us yet another fiery rendition of “Dynamite” as they donned 1970s inspired, maroon, matching suits.