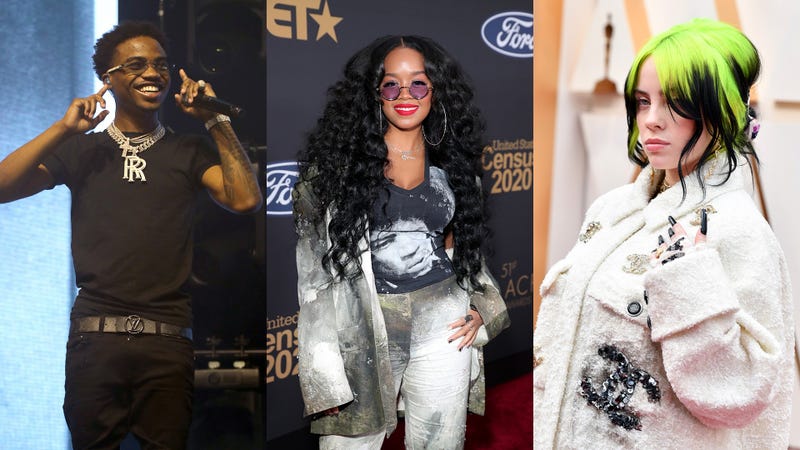 2020 was certainly a unique year. That extends to the world of music, but the year proved it was just as strong musically as its predecessors as the best of the best are set to be honored at the upcoming 2021 GRAMMY Awards.

The 2021 GRAMMY Awards, after being initially postponed due to COVID-19 concerns, will now take place on Sunday, March 14 on CBS.

As one of the “Big Four” categories, much attention is paid to the prestigious Song of the Year award. After all, it’s one of the highest honors an artist can receive and serves as a career milestone for many.

This year, each nominee has already made a strong case for why they should take home the Song of the Year award. We’ll find out who the winner is this Sunday, but in the meantime, we want to hear from you. Take a look at all the Song of the Year nominees and cast your vote for who should win the award below.

Beyoncé surprised fans with the release of “Black Parade” on Juneteenth shortly after she launched an initiative supporting Black-owned businesses. The song’s lyrics highlight Black history and Beyoncé’s own history all while providing an uplifting celebration of Black culture. “Black Parade” is the most nominated song at this year’s GRAMMY Awards.

“The Box” was the anthem of the first half of 2020 as it spent eleven weeks at number one on the Billboard Hot 100 chart and sold more than 4.7 million equivalent units by July 2, 2020. The song is also up for Best Rap Song and Best Melodic Rap Performance at the GRAMMYs.

“Cardigan” serves as one of the highlights from Swift’s surprise album folklore and added to her lengthy list of career accomplishments. The song debuted at number one on the Billboard Hot 100 chart giving Swift her sixth career number one single. “Cardigan” is also up for Best Pop Solo Performance at the GRAMMYs.

Post Malone set several records with this GRAMMY nominated song. In May 2020, it broke the record for most weeks spent on the Billboard Hot 100’s top 10 at 34 weeks and had a total of 39 weeks inside the top 10. Additionally, the track also became the first song to spend 30 weeks in the top 10 of Billboard’s Mainstream Top 40 radio airplay chart. Aside from Song of the Year, “Circles” is also up for Record of the Year at this year’s GRAMMYs.

Dua’s highly-danceable track has been around for some time having been released on October 31, 2019 and has taken home several awards already including Favorite Pop/Rock Song at the 2020 American Music Awards. On the charts, “Don’t Start Now” marked her highest-charting single to date as it reached the number two spot on the Billboard Hot 100 chart and has spent more than a year there. Aside from Song of the Year, the song is up for Record of the Year and Best Pop Solo Performance.

Billie Eilish - Everything I Wanted

Billie’s ode to her brother FINNEAS serves as a beautiful tribute to the strength of their relationship with one another. The downtempo minimalist track was another success for Billie as it received three GRAMMY nominations including Record of the Year and Best Pop Solo Performance.

H.E.R. released her powerful anthem “I Can’t Breathe” on Juneteenth following nationwide protests against police brutality and systemic racism. The accompaniment of H.E.R.’s powerful story through her lyrics with her beautiful musical melodies make a profound impact on anyone that listens to the song. “I Can’t Breathe” also marks H.E.R.’s second Song of the Year nomination after she received one for “Hard Place” a year ago.

JP Saxe Featuring Julia Michaels - If The World Was Ending

The collaboration between Saxe and Michaels has fascinating origins as the two began working with one another as they were both fans of each other's music. “If The World Was Ending” peaked at the number 27 position on the Billboard Hot 100 chart. The Song of the Year nomination is Saxe’s first and Michaels’ third.