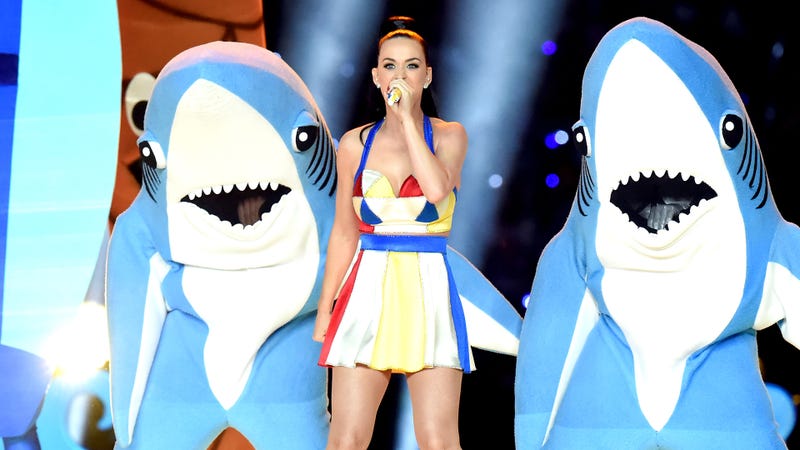 With Dr. Dre, Snoop Dogg, Eminem, Mary J. Blige, and Kendrick Lamar set to perform at this year's Pepsi Super Bowl LVI Halftime Show on February 13, we're taking a look back at some of the biggest productions on the Halftime stage over the years, focusing on the massive presentations involved, and the number of viewers who witnessed each spectacular performance.

Listen to your favorite music from this year's performers now on Audacy's Halftime Radio and follow along with all of the gridiron action right HERE! 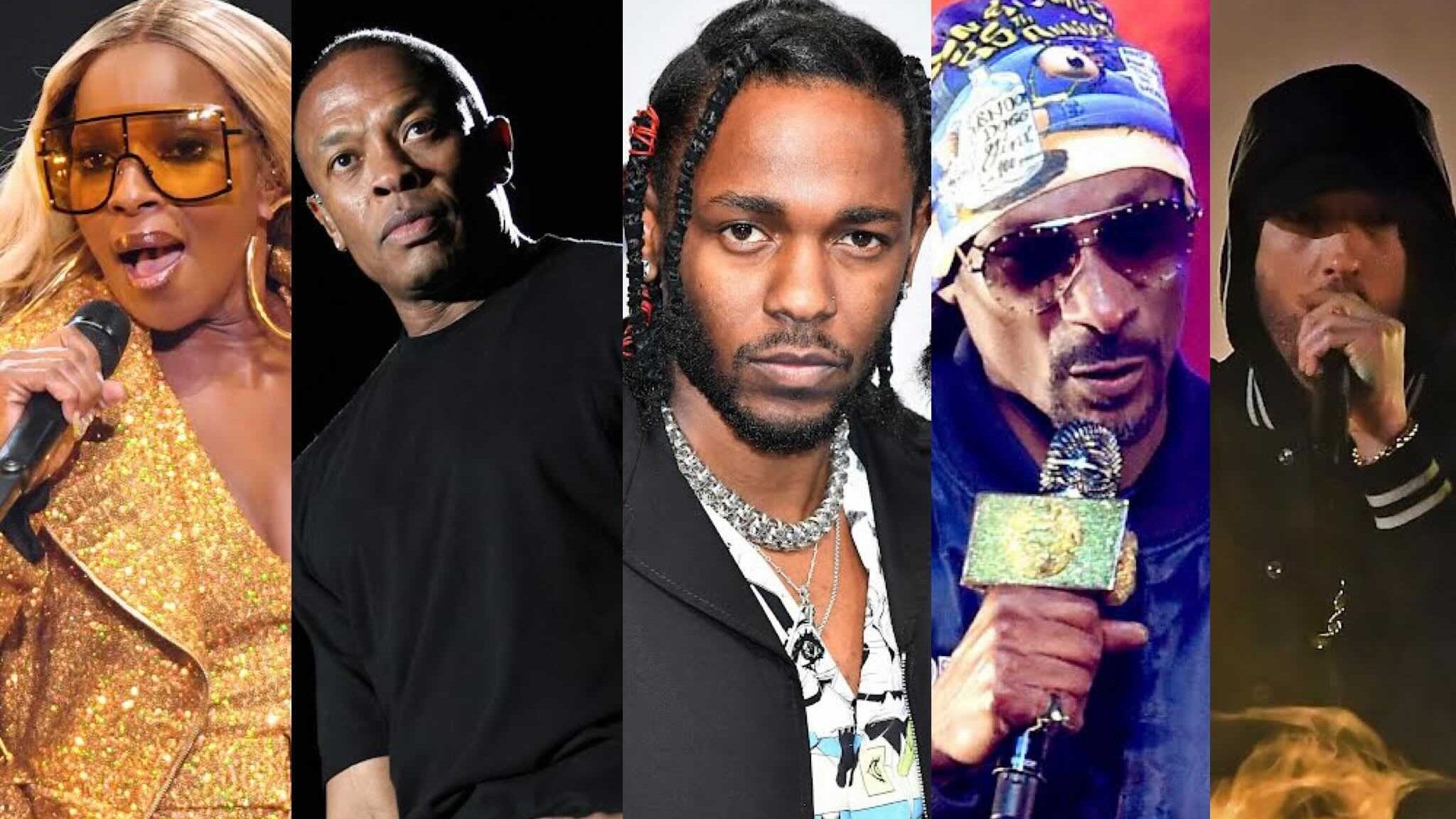 The "Queen of Pop," Madonna brought along some of her high-octane pals for this performance, chock full of costume changes, tight rope-walkers, and a ton of extras hired to carry her like a Pharoah into the stadium in 2012. Madge crushed through a set of her biggest hits; "Vogue," "Music," (featuring LMFAO) "Give Me All Your Luvin'"(featuring Nicki Minaj and M.I.A.), "Open Your Heart/Express Yourself" (featuring CeeLo Green and a number of local marching drumlines), and "Like a Prayer" (featuring CeeLo and a 200 person, Indianapolis-based choir). An estimated 114 million viewers witnessed the spectacle. 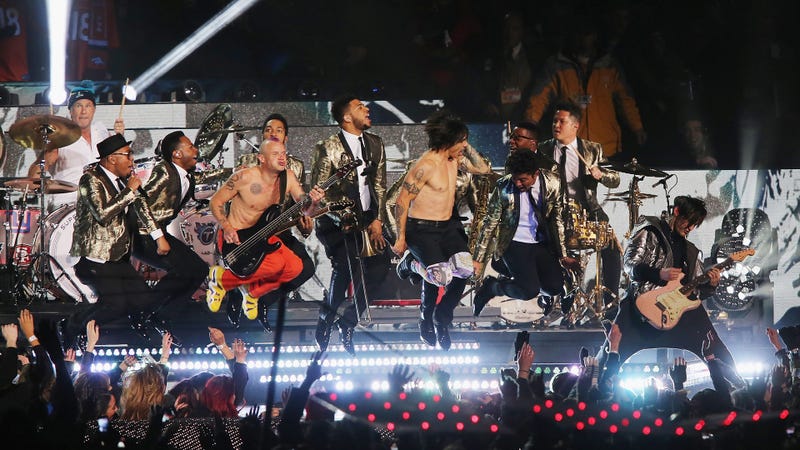 Alright... everybody jump! Bruno Mars and the Red Hot Chili Peppers almost broke the stage in half with their performance in 2014 for an estimated 115.3 million viewers. The set kicked off with Bruno's "Billionaire" with a children's choir, right into a crippling drum solo by Mars himself. "Locked Out of Heaven," "Treasure," and "Runaway Baby" followed, into RHCP's "Give It Away," and a tribute to U.S. military service members with Bruno's "Just the Way You Are." 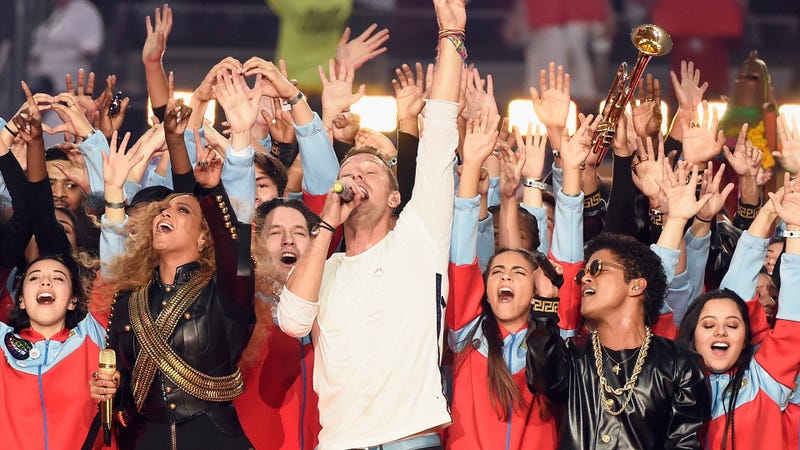 Coldplay let everyone onto the field at the beginning of their Halftime set in 2016, beginning with their massive hit "Yellow." "Viva la Vida," "Paradise," and "Adventure of a Lifetime" followed, until Bruno Mars broke in with his high-energy hit with Mark Ronson, "Uptown Funk." And then, Beyoncé arrived to perform her surprise single "Formation." All of the night's performers joined forces to close out the set with a medley of Coldplay's "Fix You" / "Up&Up." An estimated 115.5 million viewers were there for the excitement. Don't believe me? Just watch...

Lady Gaga, kicked off her feature-free, 2017 Halftime set with a pre-recorded version of "God Bless America" and "This Land Is Your Land" before literally dropping from the rafters into her hits "Poker Face," "Born This Way," "Telephone," "Just Dance," "Million Reasons," and "Bad Romance." 117.5 million estimated viewers held their breath in awe as "Mother Monster" brought the thunder. 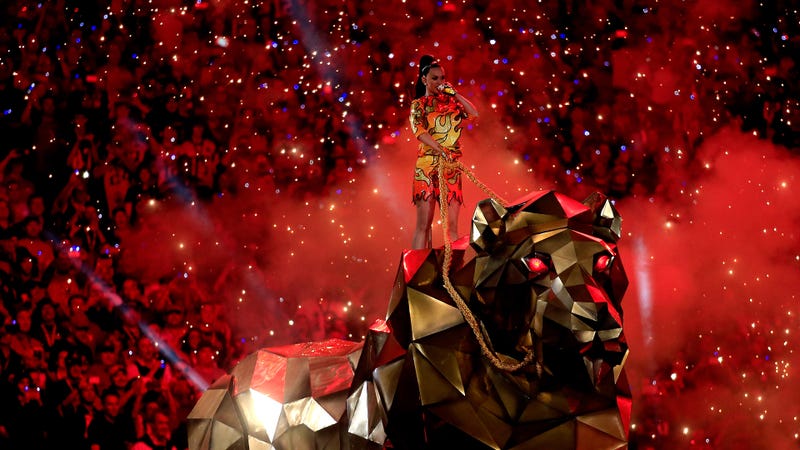 Katy Perry set the bar in 2015, gathering a whopping 120.7 million viewers for her performance which began with her riding a 16-foot robotic lion into the arena. Katy performed her hits "Roar," "Dark Horse," "I Kissed a Girl," (with guest Lenny Kravitz) "Teenage Dream" (with unfortunate Left Shark dancing action), and "California Gurls." Hip Hop royalty Missy Elliott then took the stage with Katy to help fans "Get Ur Freak On," and "Work It." Missy then performed her newest single, "Lose Control" solo, before Katy returned with her hit "Firework" to end the set.

Audacy has a huge list of stations curated just for you to help get your big game party pumping -- whether you're partying in the parking lot or positioned perfectly on your couch! 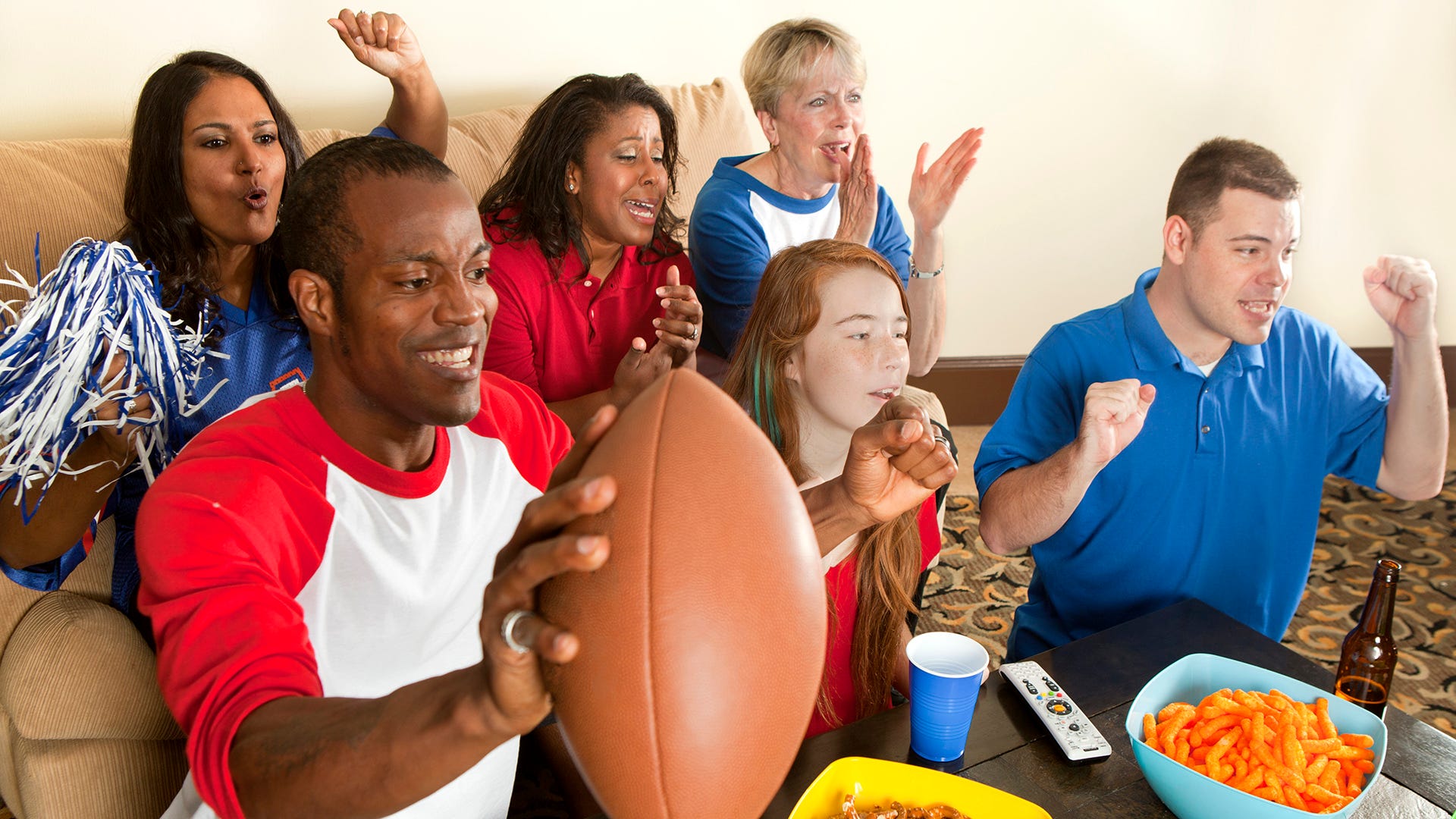