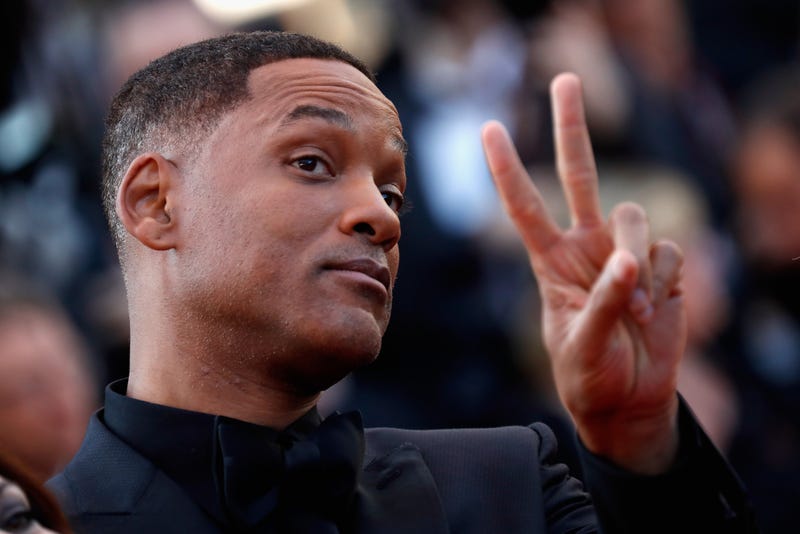 Music has always been an integral part of Will Smith’s blockbuster career.

Even though Smith -- whose birthday is Sept. 25 -- hasn’t release a solo album since 2005’s “Lost and Found,” music is still very much part and parcel of the Big Willie package. He teamed up with DJ Khaled for a cut on the soundtrack for the live-action Aladdin, in which Smith played the genie. He also got behind the mic for a surprise guest verse on Logic’s album Confessions of a Dangerous Mind.

Some may argue that Will Smith is more pop artist than rapper. Although it’s true that Smith was one of the most formidable chart-toppers of the 90s, even hip-hop purists won’t be able to deny his work in the late 80s with DJ Jazzy Jeff.

Family-friendly with an undeniable magnetism, the Fresh Prince’s hits can’t be denied. These are the absolute best Will Smith songs.

The second single from "He's the DJ, I'm the Rapper," his triple-platinum second album with DJ Jazzy Jeff, this timeless classic recounts child-parent troubles that we can all still relate to today, like getting clowned on the first day of school for the corny clothes your parents bought you, or having to get bailed out of jail after you're pulled over for speeding in your parents' Porsche. Chill out mom and dad!

This is one of the ultimate summer jams. This might just be Will Smith's most agnostic hit, one of the few that aren't tied or even remind you of one of his shows or movies. The song snagged the Grammy for Best Rap Performance by a Duo (shout out Jazzy).

"Miami" propelled Will Smith from superstar to really really big superstar. Watch Will's quick bop to the palmy hub in the 1997 video, which features him on his jet, busting out dance moves before picking up his drinks at a bar, and driving around in his convertible. The video also features a very early appearance by then-unknown Eva Mendes.

'Gettin' Jiggy With It'

What can you say about this Grammy-winning song that hasn't been said about any international airwave-dominating hit? You've heard this one so many times that even just the first two seconds of the infectious jangly melody can set off the song in your brain and have you nana-ing till kingdom come. When you listen to this, you'll be struck by how the 90s are the new 80s, and how it's still hard to get this tune out of your head.

It's fun to imagine Smith's "Men in Black" co-star Tommy Lee Jones sitting in a chair, listening to this and bobbing his head. The highlight of this 1997 video is Will dancing in unison with a Jar Jar Binks-ish alien that belts out a soulful vocal interlude.

'Just the Two of Us'

Sonically not as much of a party banger as Smith's other hits, but in terms of adorability of the footage of Will hanging out with his first son Trey, this father-son bonding anthem is undeniable. The song now feels like an audio precursor to his 2006 film "Pursuit of Happyness."

Will Smith has famously admitted that he passed on the role of Neo in "The Matrix" to do "Wild Wild West." Hindsight is 20/20! But even if the movie hasn't aged as gracefully as he'd hoped, everyone knows what's up with the wicky wicky wild wild west because of this song. In many ways, this country-rap-pop crossover sensation was ahead of its time.

It doesn't take anything away from Will Smith as an accomplished actor and star to say that, even after all the awards, he will first and foremost be the Fresh Prince of Bel Air in our hearts. At once a love song to Philly, a glo-up anthem, and one of the goofiest funnest videos you will ever see, this song does what all theme songs should do: perfectly capture the spirit of the show.