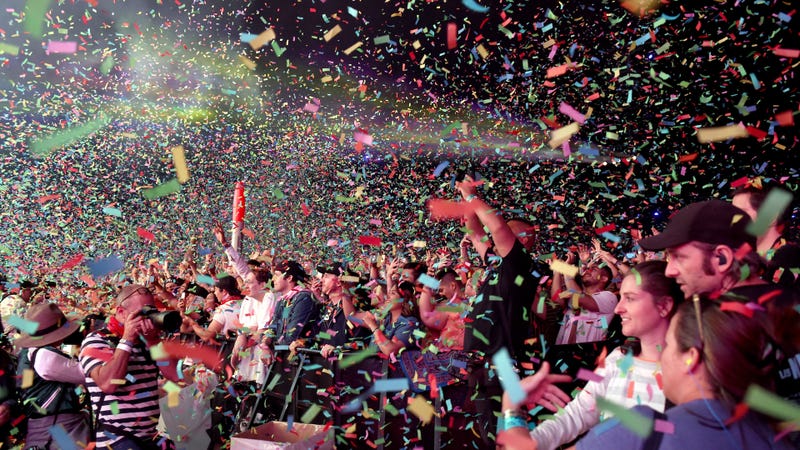 It may be getting tiresome seeing news about the latest artist to cancel their tour, but some musicians are already laying the groundwork for what their future looks like.

There’s many artists we’re still waiting on to make announcements about their rescheduled tour dates. Those will all come in due time. 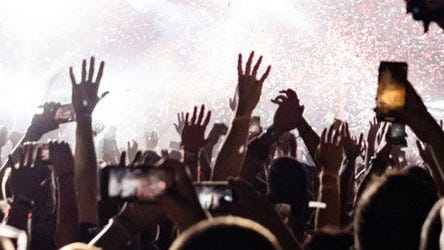 Keep up with the latest festival info

Here’s a list of artists, broken down by genre, that have already announced new dates for their previously postponed tours.

WATCH MORE: Are Drive-In Concerts Worth It? Attendees Respond 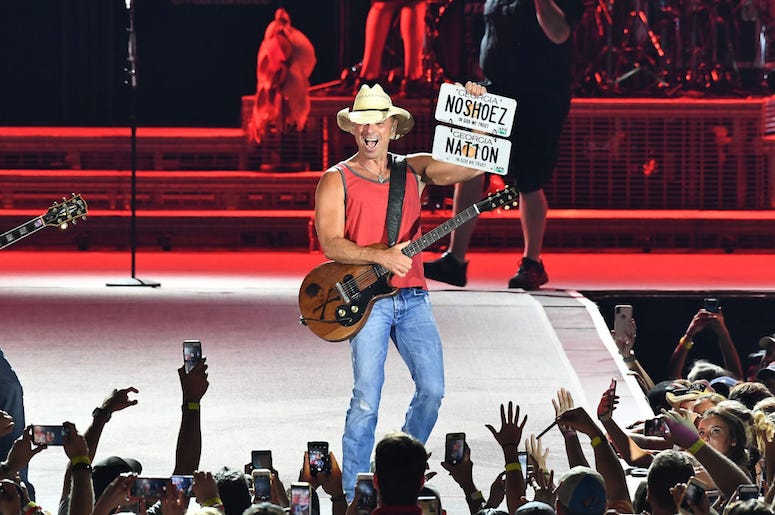 Kenny Chesney - Chesney’s tour has been postponed from 2021 and will now take place in 2022.

Brooks & Dunn - The country duo’s Reboot Tour will now take place in the fall of 2021 beginning in September and ending in October.

Luke Bryan - Luke Bryan’s Proud To Be Right Here Tour has been pushed to summer 2021 beginning in late May and wrapping up in October.

Luke Combs - The country star has revealed new dates for his tour with a handful of dates in June and August 2021 before kicking into high gear in September. The tour wraps up December 2021 in Boston.

Dan + Shay - The country duo’s arena tour has been pushed back until fall 2021. It will now begin in September and wrap up in December.

Eric Church - Eric Church just announced a massive 55-date trek across North America beginning September 2021 and wrapping up in May 2022.

Reba McEntire - Reba McEntire announced a slew of rescheduled tour dates as she’ll be hitting the road in a 2022 tour taking place from January-March.

Midland - Midland will be hitting the road in Fall 2021 on The Last Resort Tour, which begins in October in Phoenix and ends in December in Shreveport. 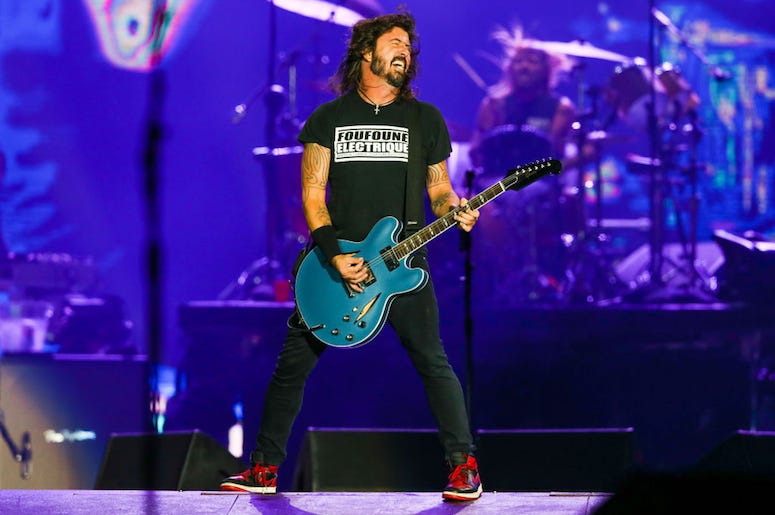 Corey Taylor - Corey Taylor has announced a 19-show tour across the country beginning on May 18 and wrapping up June 19.

Phish - Phish has rescheduled their U.S. tour to summer 2021 taking place between July and September.

New Order and Pet Shop Boys - Their North American Unity Tour is now set to kick off in September 2021.

Ringo Starr - The Beatles drummer pushed back all of his dates with his All Starr Band until June 2022.

Santana and Earth, Wind and Fire - The Miraculous Supernatural Tour featuring the two legendary artists has been pushed to summer 2021 with the tour kicking off in June and ending in August.

Mötley Crüe and Def Leppard - Mötley Crüe, Def Leppard, Poison, and Joan Jett were all set to embark on a massive stadium tour, which will now begin June 2021 and end September 2021.

Primus - Primus was set to tour with a live tribute show to Rush. That tour will take place from June to August 2021 with Wolfmother, The Sword, and Battles providing support on select dates.

Megadeth and Lamb Of God - The heavy metal tour recently announced new dates for their previously postponed tour. The tour will now begin in July 2021 in Detroit and wrap up in Las Vegas in September 2021.

Steely Dan and Steve Winwood - The rock legends After Hours Tour has been rescheduled to summer 2021 beginning in June and ending in July.

Deftones - Deftones tour alongside Gojira and Poppy has moved to 2021 kicking off in August and ending in late September.

Wilco & Sleater-Kinney - The joint tour set to take place in August 2020 has moved back a year and will now happen in August 2021.

Aerosmith - Aerosmith only had one date scheduled this summer, but it was supposed to be a big one. The group was set to celebrate their 50th anniversary at Fenway Park, but will now do so next year as the date has been rescheduled to September 14, 2021.

Rammstein - Rammstein’s North American tour will now take place in 2021 beginning in Montreal on August 22 and wrapping up in Mexico City on October 1.

Hall & Oates - Hall & Oates have pushed their tour with special guest Squeeze back to 2021 beginning in August and wrapping up in October.

KISS with David Lee Roth - KISS has rescheduled the remainder of their dates with support from David Lee Roth. Their tour will now begin in August 2021 and wrap up in October 2021.

Guns N' Roses - Guns N' Roses massive North American tour has been pushed back to 2021 beginning in July and wrapping up in August.

James Taylor and Jackson Browne - The duo’s joint tour will now kick begin July 29 in Chicago and will wrap up on November 1 in San Diego.

Roger Waters - Roger Waters’ This Is Not a Drill tour has been pushed to 2022 beginning in July and wrapping up in October.

Widespread Panic - The Southern rockers announced an extensive 2021 tour beginning in August and wrapping up in December.

Dawes - Dawes will be taking part in a 32-city North American tour beginning this September in Charleston, SC.

Barenaked Ladies/Gin Blossoms/Toad The Wet Sprocket - The ‘Last Summer On Earth’ Tour featuring the trio of rockers has been postponed to 2022 beginning June 3 in St. Augustine, FL.

Genesis - Genesis will perform for the first time since 2007 when they take the stage for The Last Domino? Tour beginning November 2021 in Chicago and ending December in Boston. 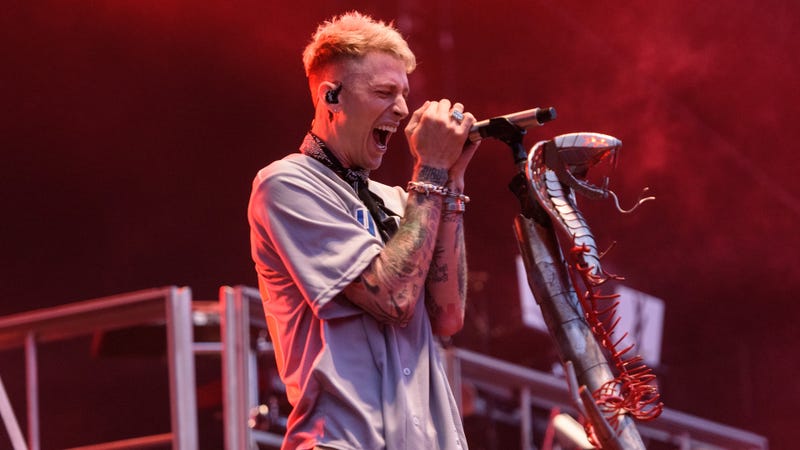 Green Day/Fall Out Boy/Weezer - The vaunted Hella Mega Tour that was scheduled to hit stadiums across the country has been rescheduled to summer 2021 kicking off in July and ending in late August.

Lovelytheband - Lovelytheband will be taking part in an extensive North American tour alongside Sir Sly in Fall 2021 beginning November 12 and wrapping up December 30.

Jungle - Jungle announced a lengthy 2021 world tour featuring a North American leg that begins on October 3 in Boston and wraps up on October 29 in Los Angeles.

Jacob Collier - Jacob Collier’s Djesse Vol. 4 tour will begin in April 2022 in Portland and wrap up in May 2022 in Memphis.

The Flaming Lips - The Flaming Lips announced an extensive tour with a string of dates in November 2021. The tour resumes beginning March 2022 in San Antonio and extends through May in Los Angeles. 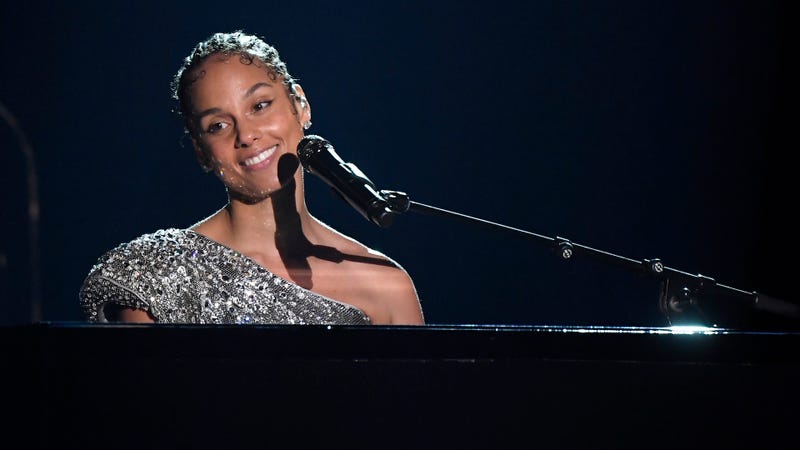 Alicia Keys - Keys pushed her lengthy world tour back to 2021 with her first North American date taking place July 27 and wrapping up on September 21.

Lil Tjay - Lil Tjay has an extensive 2021 tour lined up that begins in September in Orlando and wraps up in November in Wallingford, CT. 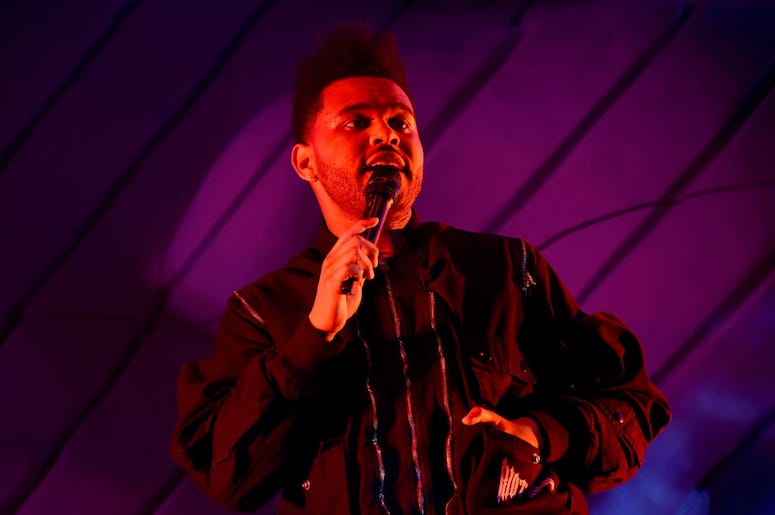 The Weeknd - His lengthy The After Hours Tour has been rescheduled to 2022 with dates beginning in January.

Harry Styles - Harry Styles was set to embark on an extensive North American tour with special guest Jenny Lewis, but that has now been rescheduled until summer 2021.

Backstreet Boys - Their extensive DNA World Tour has been postponed until summer 2021 with the band beginning their US portion in June and wrapping up in September.

Lindsey Stirling - Stirling's North American tour has been postponed until summer 2021 beginning in July and ending in August.

Lady Gaga - Lady Gaga had a handful of shows in support of her new album Chromatica. These have since been rescheduled to the following dates. August 7 - Boston, August 16 - Toronto, August 19 - East Rutherford, NJ, and August 27 - Chicago.

John Legend - Legend’s lengthy Bigger Love Tour across North America has now been rescheduled to 2021. The tour will kick off in Dallas in August 2021 and wrap up in Houston in September 2021.

Maroon 5 - Maroon 5’s tour has been pushed back until summer 2021 beginning July 15 and wrapping up in Los Angeles on October 2.

Justin Bieber - Justin Bieber’s World Tour has been pushed back to summer 2021. Additional shows in New York City, Boston, Atlanta, Chicago, Philadelphia, and more were added to his itinerary which begins in June and ends in August.

Monsta X - The K-Pop superstars announced that their North American Tour, which was originally scheduled for April-May 2021, has been postponed until a later date.

Bad Bunny - Bad Bunny announced a 2022 North American arena tour that begins in February in Denver and wraps up in April in Miami.

Maluma - Maluma will be touring his new album Papi Juancho beginning September 2021 in Sacramento and wrapping up in October in Chicago.

Jake Miller - Jake Miller’s ‘hi, i missed you’ tour will take place in 2021 beginning in September and wrapping up in November.