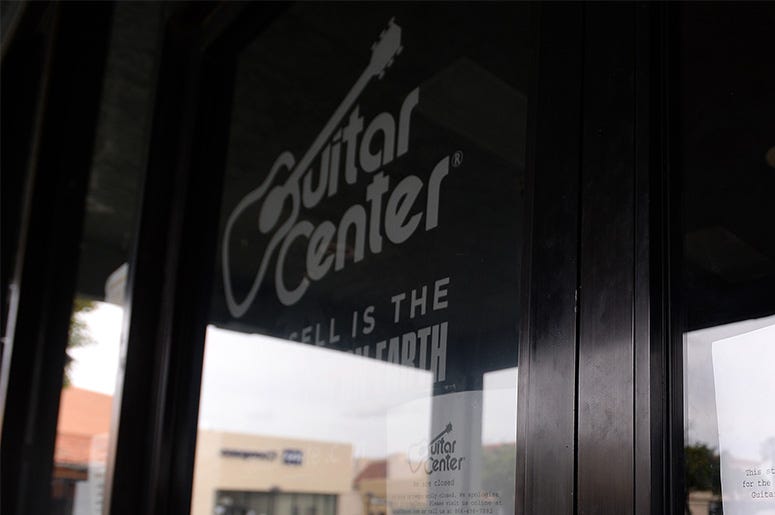 Guitar Center filed for Chapter 11 bankruptcy over the weekend, becoming the latest business hit with financial troubles due to COVID-19 restrictions.

Company officials say they will continue to pay vendors and employees in full during the process. The New York Times reports Guitar Center has negotiated with creditors to reduce debt by $800 million. “This is an important and positive step in our process to significantly reduce our debt and enhance our ability to reinvest in our business to support long-term growth,” chief executive, Ron Japinga, wrote in a statement.

Like many retail stores during the pandemic, Guitar Center saw significant losses as safety precautions limited the amount of customers in-store. The company was forced to close 75 percent of stores nationwide. Guitar Center claims it has liabilities of between $1 billion and $10 billion, with a similar range for its assets, according to the filing.

WATCH MORE: These Guitars Are Made With Old Wood From NYC Buildings

It was initially thought the music retailer could survive the pandemic after guitar sales skyrocketed in the first months of quarantine. According to the Washington Post, Fender reported their most sales in a single year throughout the company’s history. They also reported an increase of 780,000 downloads for their app in a three month span.

But there was no residual benefits for Guitar Center. The company now faces an uncertain future while displaying optimism. “Throughout this process, we will continue to serve our customers and deliver on our mission of putting more music in the world,” Japinga says.

“Given the strong level of support from our lenders and creditors, we expect to complete the process before the end of this year.”