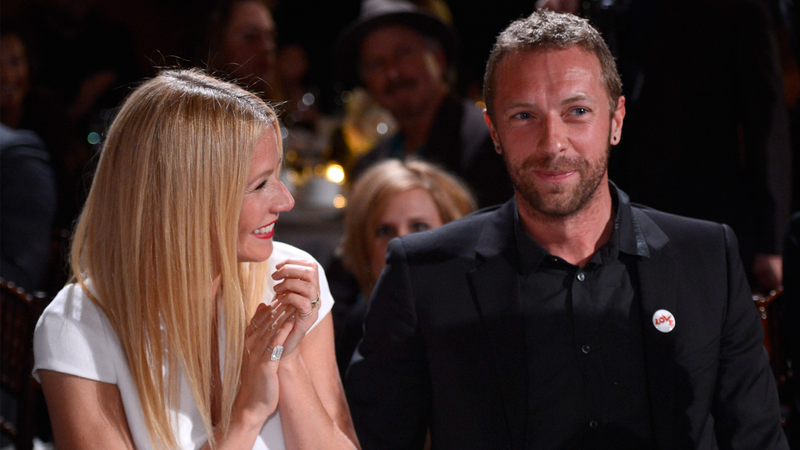 Even though its been years, and Gwyneth Paltrow has moved on and remarried, her recent appearance on the Anna Faris is Unqualified podcast, had her all up in her feels, reflecting on her split from hubby #1 and baby daddy, Coldplay frontman Chris Martin.

Listen to your favorite music now on RADIO.COM

A post shared by Anna Faris is Unqualified (@unqualified)

Marrying in 2003, Paltrow and Martin consciously uncouple in 2014, finalizing their divorce two years later 2016. Together they share two children Apple, 16, and Moses, 14.

Speaking about the split to podcast host Anna Faris, Paltrow admitted, “I never wanted to get divorced. I never wanted to not be married to the father of my kids, theoretically. But I have learned more about myself through that process than I could have imagined.” She continued, “and because I focused on accountability, I was then able to find the most amazing man and build something that I've never had before with Brad, my husband.”

Brad as in Falchuk, Ryan Murphy’s television series co-creating partner. First meeting on set of one their top shows, Glee, Paltrow and Falchuk started off as friends, before they married in 2018. “We were friends first for a long time and once I was like, 'Are we going to date? Is this happening?'" the actress revealed. "I was scared because he is a person who demands presence and intimacy and communication in a way that I just didn't know how to do.”

Gushing over Falchuk's "amazing qualities” Paltrow shared "I like to fight by shutting down… I leave the room," she continued. "And he's like, 'No,' he's like, 'Absolutely not. We are sitting down and we are figuring this out.' And he demands that I am honest with myself in a way that is hard for me but which really helps me grow. Comparing her relationship with Brad to "being with some kind of jiu-jitsu master where they're like, 'I'm going to make you see your own stuff so you can win and advance.'"

Ugh! We love a good wax on, wax off lesson, and despite having started with separation and sadness, just like Ralph Macchio (yes we know she said jiu-jitsu not karate, let it go) Paltrow’s story is one of happiness and triumph.