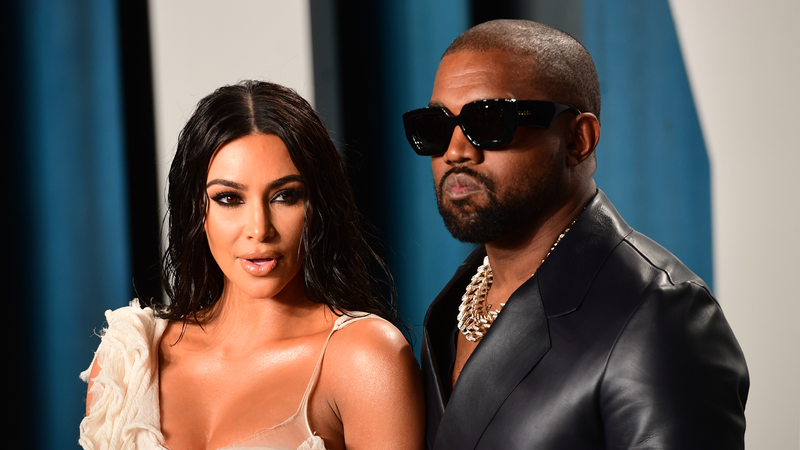 We can’t even believe we’re saying this but, did Kanye West cheat on Kim Kardashian?

While the true answer is IDK, fans seem to think the rapper from Chi-Town is confessing to his infidelity after she welcomed their first two kids on one of the many tracks off his newly released album Donda, “Hurricane” to be exact.

Listen to your favorite music now on Audacy and check out Audacy’s exclusive Kanye West Radio station to listen to all your favorite Yeezy hits and more.

In the song, West raps, “Here I go actin’ too rich / Here I go with a new chick / And I know what the truth is / Still playin’ after two kids / It’s a lot to digest when your life always movin’.”

Now speaking directly to Kanye — if the lyrics are in fact true then first of all, how dare you?

You might find it interesting to note that at least as of this morning, one outlet yet to address this particular Kim and Kanye dramz is E! News. Which if you ask us, speaks louder than actual words. This of course could be due to two total opposite reasons. Either yes it’s true and the loyalty be real with E! opting to shy away from reporting on it. Or there’s no truth to it at all and they’ve decided to simply opt out of adding fuel to the fire. Or we’re crazy and it’s neither.

UPDATE: Strike that, 2 hours later E! also addressed the matter. So do what that what you will.

Additionally, a source reported to People that the lyrics on West's album are "in a way (his) testimony of everything he did wrong and his apology and taking accountability."

For those fellow Keeping Up With The Kardashian watchers who saw the start to the dissolution of Kim and Kanye’s marriage know that any sign of unfaithfulness on his behalf was never mentioned. Out of the few times that it was addressed Kim alluded to herself having feeling of failure. “He deserves someone that can go support his every move and go follow him all over the place and move to Wyoming.” Kim continued “I can’t do that…. I feel like a f***ing failure that it’s, like, a third f***ing marriage. I feel like a f***ing loser. But I can’t even think about that. I want to be happy.”

Since then Kanye’s been linked to model Irina Shayk, however that seems to no longer be a thing (if it actually every was). And Kim for all intents and purposes seems to be living her best life (or so it seems on IG). However now it seems Kim's internal compass just might be pointing her back toward West.

At the final Donda listening event before the album dropped, Kim made a rather buzzed about appearance, in a wedding dress no less, that had everyone saying “WTF is happening?”