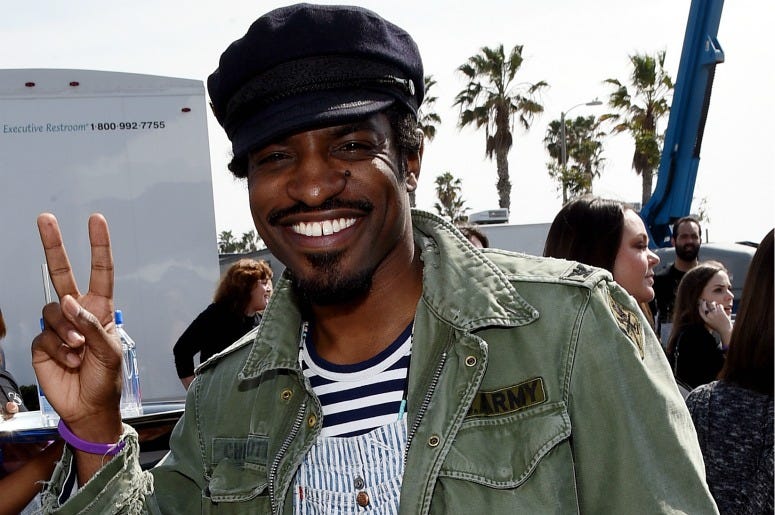 Once again Three Stacks is getting ready to play his part.

André 3000 has been cast in the upcoming AMC project, “Dispatches From Elsewhere.” The 10-part series created by and starring Jason Segel is now filming in Philadelphia, and tells the story of “a group of people who stumble onto a puzzle hiding behind everyday life and discover an ever-deepening mystery,” according to the Atlanta site AJC.com.

Fans in Philadelphia knew something was up with the Outkast star, long before the casting announcement was made. Over the past week, André 3000 has been spotted around the city of brotherly love, carrying around a double flute and posing for pictures. Because, André 3000.

Wasn't tripping. It's him. 3 Stacks in the flesh. And his flute game is A-1. pic.twitter.com/xbQTqjsJiC

So tonight at work we caught Andre 3000 casually strolling around w/ a flute in his hand.

HEY YALL I JUST MET ANDRE 3000 AT A RANDOM CRAFT STORE. HE WAS PLAYING THE FLUTE pic.twitter.com/UUnqX5eqXl

Tho "I hated all the attention so I ran from it" @andre3000 #Andre3000#breadcrumbs 💯 pic.twitter.com/5hPoFmXimX

So basically at #NN19 in Philly when me and a gang of Muslim activists were getting ice cream after dinner & chatting on sidewalk after the rain - good wholesome fun - when this guy was playing flute around us. And who else plays flute in public wholesome spaces?

Not for nothing, but the flute is having an amazing year. First Lizzo slays the BET Awards with a solo, and now the coolest lyricist in the history of Hip Hop is carrying one around for fun, like he's at a Renaissance Faire.

André 3000 has been relatively quietly lately aside from a few features, but he did surface earlier this year to celebrate the high school graduation of Outkast partner Big Boi's son. Yes those are the same overalls. Let the man live. He's a genius.