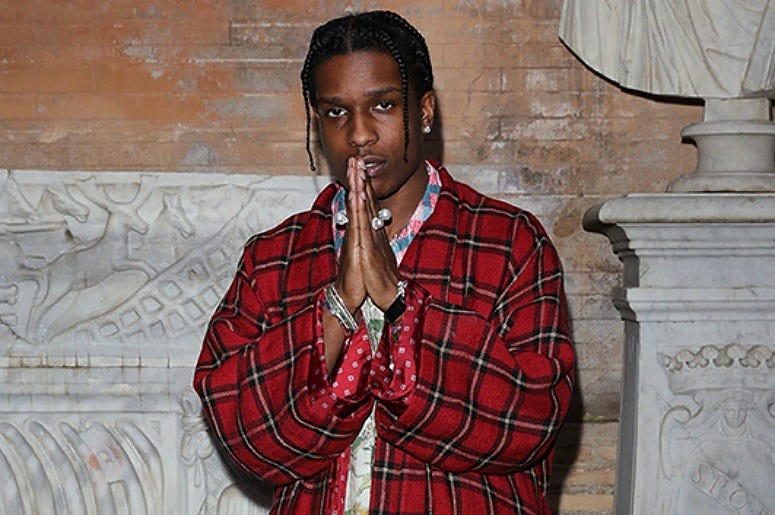 Shortly after leaving jail in Sweden and landing back in the US, A$AP Rocky made his way to Kanye West’s weekly Sunday Service event.

West was the one which prompted the involvement of President Trump in a call for his release, after the rapper was detained for being a part of a brawl in Stockholm. A$AP Rocky was held through most of July, but was freed on Friday while he awaits the return of a verdict. That decision is set to be delivered on August 14.

Just spoke to @KanyeWest about his friend A$AP Rocky’s incarceration. I will be calling the very talented Prime Minister of Sweden to see what we can do about helping A$AP Rocky. So many people would like to see this quickly resolved!

Sunday Service is a weekly gathering hosted by West and a collection of musicians, worshipping through music and community. After a successful edition at Coachella earlier this year, West has recently gained notice for reworking classics from Nirvana and No Doubt at the event and turning them into songs of praise.

On Sunday A$AP Rocky was spotted at the eventSunday Service, talking with West and former girlfriend Kendall Jenner.

Prosecutors allege that A$AP Rocky and two others beat a 19-year-old man in June. The rapper is claiming that he acted in self-defense, and testified on his own behalf last week. They are recommending 6 months in prison for the crime.

After news of his release, President Trump once again tweeted about the star in a pun-filled message. “A$AP Rocky released from prison and on his way home to the United States from Sweden. It was a Rocky Week, get home ASAP A$AP!”