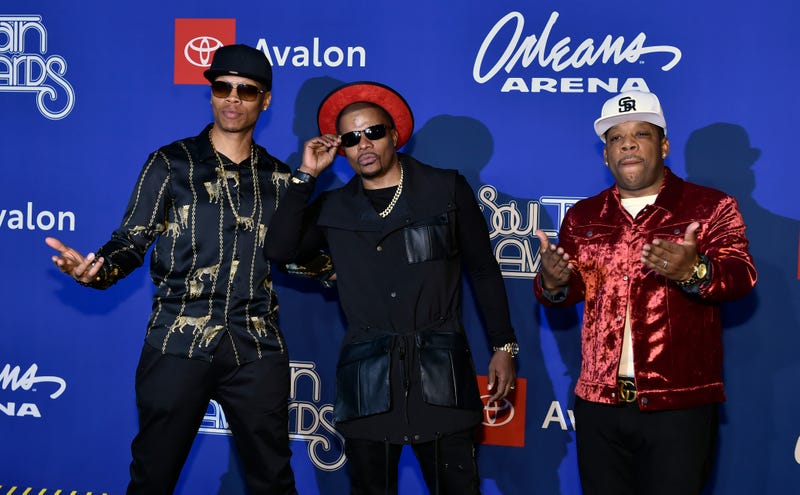 On Sunday, November 22, Bell Biv DeVoe and Nelly will take the stage at the 2020 American Music Awards to deliver a well-rounded medley of old school hip hop that is sure to throw us right back to the 1990s.

Each artist’s medley will be comprised of hits from their debut albums. Bell Biv DeVoe will be serving up classics from Poison while we “ride wit” Nelly into the era of Country Grammar.

It was revealed that these artists would be performing sets filled with nostalgia during ABC’s Dancing With the Stars on Monday, November 16. Nelly is currently a semifinalist on the hit, reality, dance competition show.

Ricky Bell, Michael Bivins, and Ronnie DeVoe made their first appearance at the AMAs in 1991 when performing their hit “B.B.D (I Thought It Was Me)?” The group who is known for the new jack swing style has won three AMA awards.

Nelly, who’s Country Grammar sat atop the Billboard 200 for five weeks, also boasts the title of a three-time AMA winner. The rapper is set to perform his biggest hits from his debut album, which dropped twenty years ago.

WATCH MORE: A look back at the best fashion moments of the 2019 American Music Awards

In 2020 we have leaned heavily into vintage, nostalgia, and throwbacks. The desire for throwback medley performances from Bell Biv DeVoe and Nelly can be attributed to the success of the Verzuz series, where classic hip hop is the mainstay for the icons battling it out during the digital series, produced by Swizz Beatz and Timbaland.

The 2020 AMAs will be hosted by Taraji P. Henson this year and will broadcast live from Los Angeles’ Microsoft Theater on Sunday, November 22 from 8PM to 11PM ET on ABC.