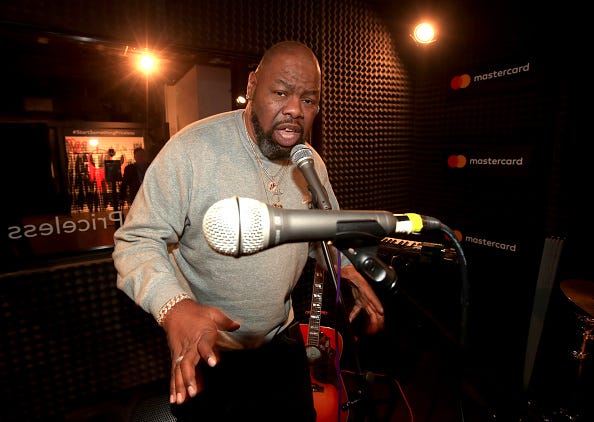 Rapper Biz Markie has been hospitalized for weeks from complications of his Type II Diabetes.

Biz Markie's rep confirmed to TMZ that his ailments are not related to coronavirus. He is currently at a Maryland-area hospital. TMZ reports that the status of his condition is unclear but "appears serious."

"He is receiving the best care from an amazing team of medical professionals and we remain positive about the outcome," his rep told TMZ.

The 56-year-old rapper opened up about his diabetes diagnosis back in 2014, saying he lost 140 pounds in an attempt to get it under control.

Biz Markie is known for his hit "Just a Friend" among others.

Recently, the rapper took part in Eminem's #GodzillaChallenge, which inspired young rappers to replicate his iconic stretch of 224 words in 31 seconds on the "Godzilla" track from his "Music to Be Murdered By" album.

Eminem responded to the rapper, saying, "yo biz!! U bodied this!! But this contest is 4 ameteurs only!! Ha!!"