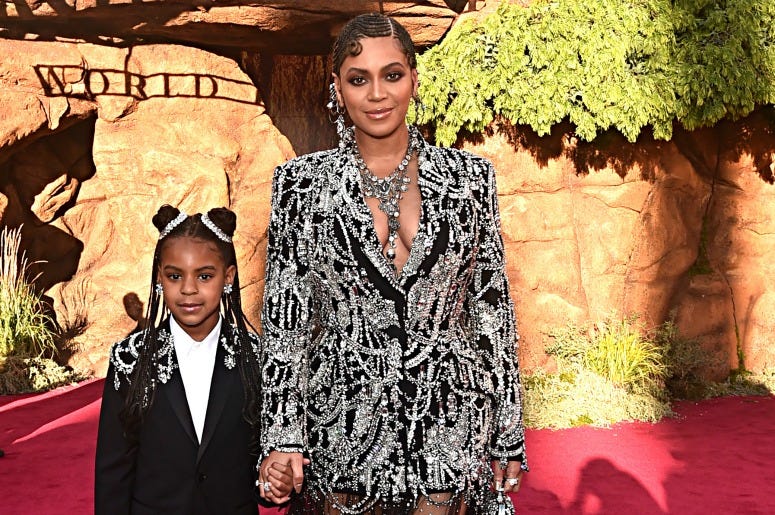 When Beyoncé tells you her album is “a love letter to Africa,” she’s coming with facts.

In July, the “Spirit” singer released a companion album to The Lion King, called The Gift, featuring themes and inspiration from the live-action edition of the film in which she’s the voice of Nala. But Bey doesn’t do anything half-way. The album is not only a fully-formed project independent to the movie, but also a tribute to the land where it takes place. Filled with African singers and producers, The Gift has the authentic imprint of Africa across the entire collection.

In case that wasn’t clear, ABC dropped an hour of evidence on Monday night. Making The Gift features Beyoncé working through the creative process, enlisting the best African musicians and traveling across Nigeria, Kenya, and Ethiopia. Deeply enmeshed in the album, Bey takes it as an opportunity to not only connect with her ancestry, but to also introduce her children to their lineage.

While Beyoncé and family were connecting to Africa, fans spent the night connecting with Blue Ivy Carter. The 7-year-old daughter of the singer and her husband Jay-Z, rocked traditional outfits, stole the show in videos with mom, and dropped a history-making hook on “BROWN SKIN GIRL.”

Fans were shook by the poise and personality of young Blue Ivy, already honoring their eventual Queen.

"This is my beautiful queen." @Beyonce on Miss Blue Ivy
❤️❤️❤️#MakingTheGift

PSA: We do not deserve Queen Bey and Blue Ivy #MakingTheGift 💛💛💛 pic.twitter.com/V9oCOlOtSl

Blue Ivy is about to come for our bank accounts in the near future.

The Lion King: The Gift debuted at number 2 on the Billboard album chart when it was released, with a few of the songs entering the Hot 100. Among them was “MOOD 4 EVA,” which features Jay along with Beyoncé and Chilidish Gambino. The song marks the 100th time Jay-Z has been in the Hot 100.

Jay-Z is only one of 6 artists who have scored 100 career solo visits to the Hot 100, joining Drake, Elvis Presley, Nicki Minaj, Lil Wayne, and the cast of GLEE. As Jay-Z hit 100, Blue Ivy Carter landed her first song on the Hot 100 with “BROWN SKIN GIRL.”

The Lion King: The Gift is now available everywhere.