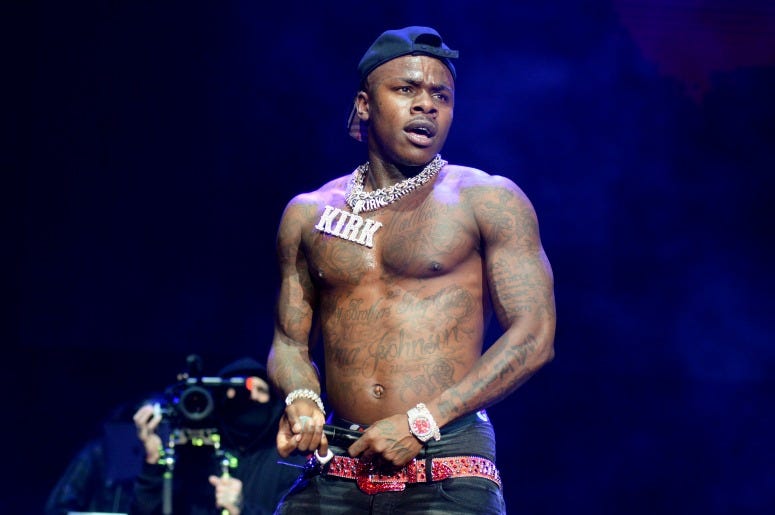 New information is coming to light in the arrest of DaBaby, after the “Suge” rapper was taken away in handcuffs on Thursday in Miami.

According to documents obtained by TMZ, DaBaby was officially arrested for battery in connection to a robbery investigation. The alleged victim is a concert promoter, after a disagreement on payment for a performance.

In the police report given to TMZ, the rapper was given 20-thousand dollars when he was expected to be paid 30-thousand. The report goes on to explain that DaBaby allegedly robbed the victim of 80 dollars and a credit card, and then covered him with apple juice. The GRAMMY-nominated artist also allegedly took the victim's iPhone 7. His bond was set at $1,500 according to the site.

Thursday’s incident follows an arrest for the rapper last week in his home state of North Carolina. DaBaby was cited for marijuana possession, and went on social media following the arrest to claim he was targeted.

The chart-topping MC was convicted of a misdemeanor in June for carrying a concealed weapon. He was sentenced to 12 months of unsupervised probation and 30 days in jail, however the jail sentence was suspended.

As the news broke regarding the circumstances of his arrest, RADIO.COM’s Hip Hop Uncensored Podcast detailed the charges and questioned if the rising star was being targeted. “They’re always looking for something to try to get you on,” commented hosts Ogod and SamAnt. “We’ll wait to see more details of this. I don’t know about DaBaby, but I do know about the pattern of previous rappers, and it don’t look good.”

You can hear more of the discussion of DaBaby’s arrest on the Hip Hop Uncensored Podcast below.