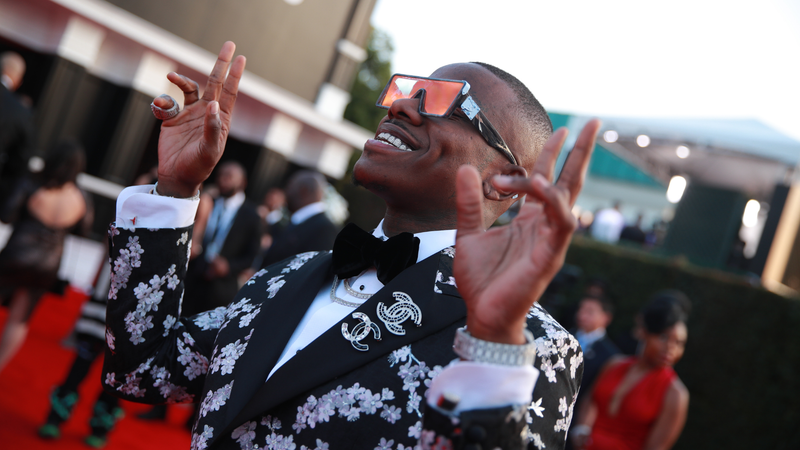 With seven nominations (some in the same category) under his belt and a performance on the day, DaBaby is more than ready for the 2021 BET Awards. The rapper chopped it up with our own Big Tigger to discuss what the BET Awards means to him, his multiple nominations and more.

Under Best Collaboration, his song, "ROCKSTAR" was nominated, along with his features on "Cry Baby," "For The Night," and "What's Poppin (Remix)." So, before moving any further, Tigger had to ask him how he got nominated in the same category four times. He simply replied, "I'm outchea, man. You know who to come to."

Funny enough, he admitted that this is the longest break he's ever taken. Yet, he has no problem exploring his range. "I'll get on a Pop song. I'll get on a song with a Latin artist. I'll get on a song with somebody in the projects, you know. All the features is a credit to my range, my diversity, so I like to always put it on display [...] I just had the opportunity to do some dope songs with some dope artists." Overall, his multiple nominations just "makes sense."

The rapper, then went on to explain what the show means to him and the culture. "The BET Awards, man— this is the GRAMMYs to us. This is what we grew up watching and couldn't wait 'til it came on [...] A lot of the success I had didn't really excite me, but when I performed at the BET Awards for the first time, that was groundbreaking to me. That was enough for me. That's the biggest trophy I could ever get."

He also mention that in terms of performing, it "comes naturally [and is] like second nature to me."

Catch DaBaby live at the BET Awards this Sunday, June 27, and check out his full interview above.