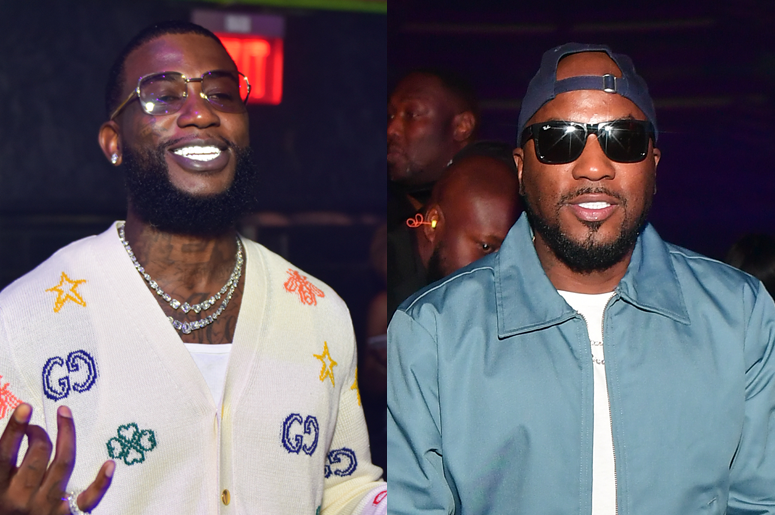 The epic Verzuz battle between Gucci Mane and Jeezy went down last night, and by the looks of it any feud these two had in the past seemed to left there or at least put on pause.

The season two premiere of the Swizz Beatz and Timbaland live battle series made a triumphant return bringing in a staggering one million viewers before the events of the evening even began. Eventually reaching a viewership of 1.8 million, Gucci and Jezzy’s battle set a new Verzuz record for views by the end of the night.

As the two took turns running one diss track after another, accompanied by petty insults after each performance, you could feel a slight tension in the air. Differing from past Verzuz battles that had more vibes of celebration, last nights battle felt a bit more on edge. After Gucci’s turn at the mic with “Truth,” It was made evident that Jeezy was the one trying to make peace, while Gucci came for war.

Jeezy relayed the real reason that he asked for T.I. to be removed and replacing him in his place. “I tell you what though — when I called you and extended this invite my n****, I did it as a real man,” Jeezy said. “It’s been 20 motherf*****’ years.”

Gucci, wasn’t having it, responding with OK, well however many, you’re still talkin’ the same s***,” after correcting him that that feud had been going on for 15 years.

Jeezy went on to say that as veterans in the rap industry, many of the younger generation was looking up to them, a responsibility that was greater than himself or Gucci.

Clearly Jeezy’s words melted the tension between, as the rappers announced their plans to end their beef with a joint performance of Gucci’s 2005, Zaytoven produced track, “So Icy” featuring Jeezy. Afterwards Gucci thanked Jeezy for the peace offering – “I respect you for extending the olive branch, I accept that, no disrespect, it’s all love,” before announcing they were about to hit the club to celebrate.

Sounds like thats a wrap on the Gucci, Jeezy beef. Nothing like a trip to the club to end a 15 year long feud.