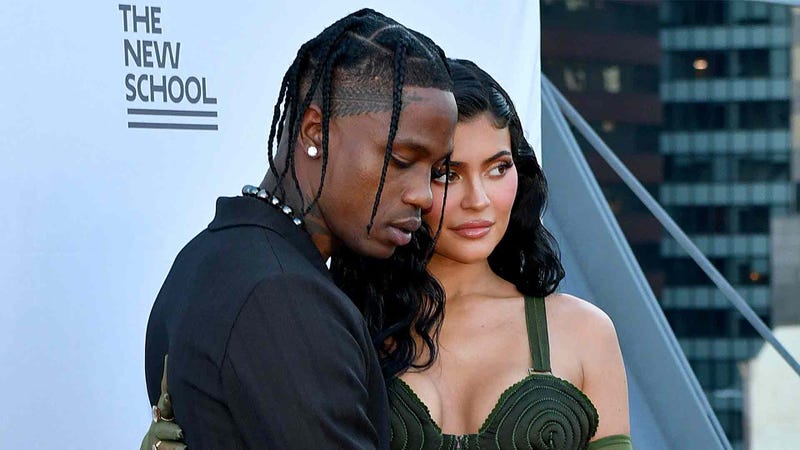 People seem to think that Kylie Jenner’s latest IG story is giving us a little more than a sneak peek into the interior of her Rolls Royce.

See, in the snap Kylie rested her foot on the edge of the car while sharing a glimpse at the cars new pastel vibes, but it’s the caption that actually has people talking.

“Baby Blues,” the pregnant make-up mogul wrote, which followed up with another story, a boomerang of herself inside the car. 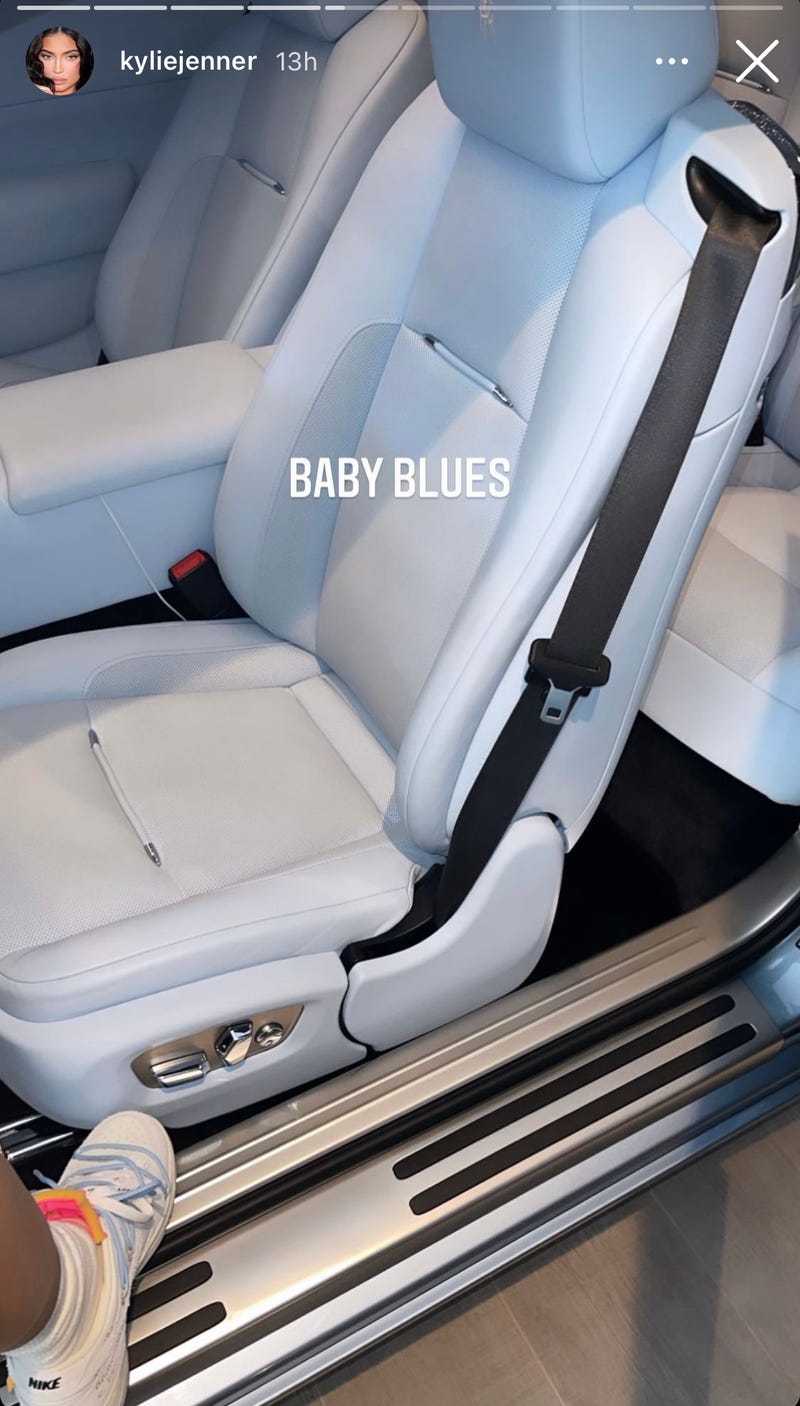 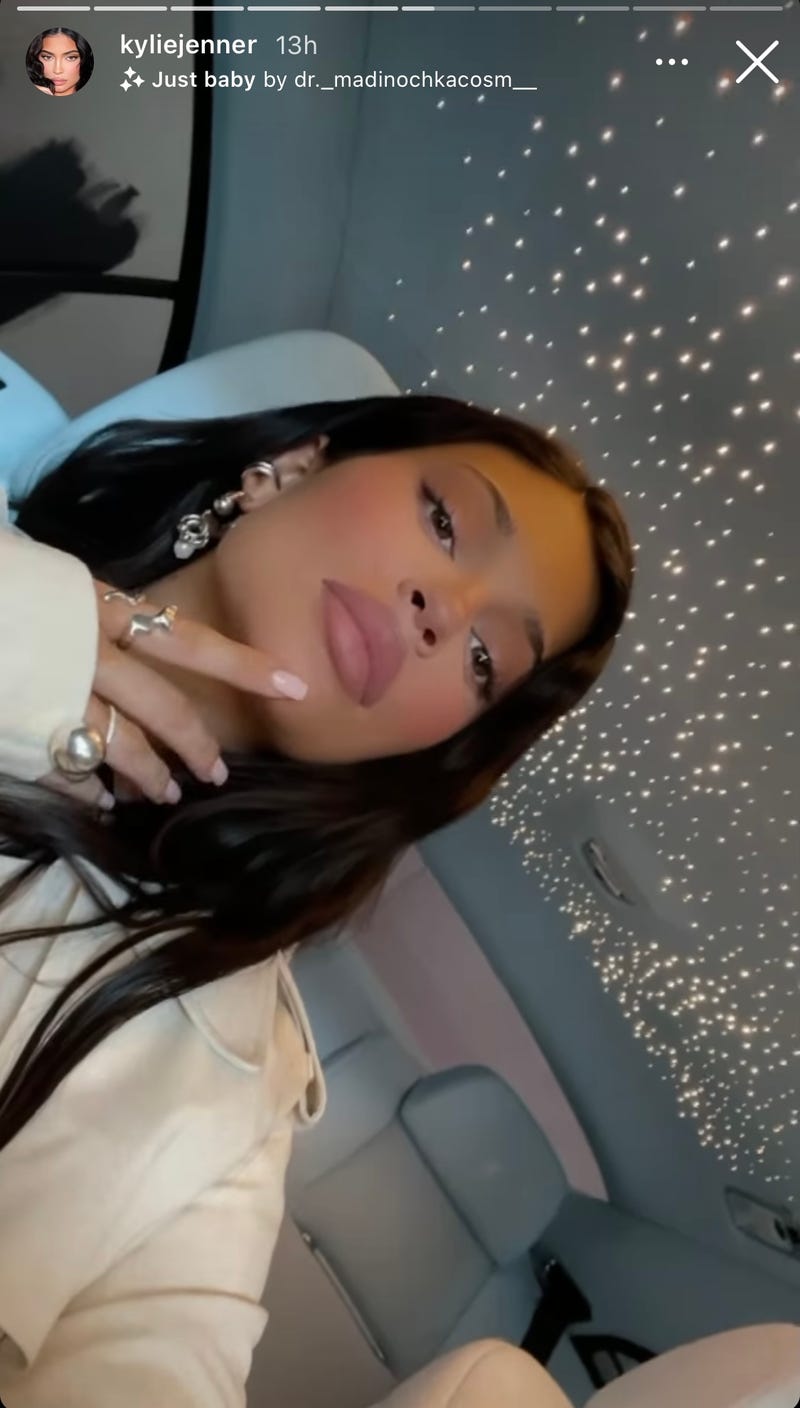 In early September, after weeks of speculation that Kylie and Travis Scott we’re expecting their second child. She finally fessed up with a very on brand Instagram video announcement, confirming the rumors to be true.

And while Kylie has gone about her second pregnancy different than she did her first, stepping out for a few events during New York Fashion Week, for the most part she has still kept pretty private throughout, rarely sharing or posting. Which if you’re a real one, know just how uncharacteristic that is for her under non-pregnant circumstances.

So obvi people are thirsty for any type of hint, or small bit of information. Which many believe her latest story to be, and that Kylie is hinting that she and Travis are expecting a boy.

Sure that’s a bit of a stretch, but honestly we can’t even hate because we’ve personally been saying it’s a boy since Kylie posted this adorable photo series of Stormi, also simply just because of the caption — which is, “favorite girl. 💙”. So yeah… don’t think we really need to explain.

Ahead of baby number 2’s arrival, Travis and Kylie are making sure to spend lots of time with Stormi. And with Halloween just around the corner, they recently visited a pumpkin patch for some Fall holiday fun. Sharing a sweet snap of the him and his growing baby girl, Travis posted an IG story of him safely holding Stormi as she stood on a mini tractor, and it’s freaking adorable. 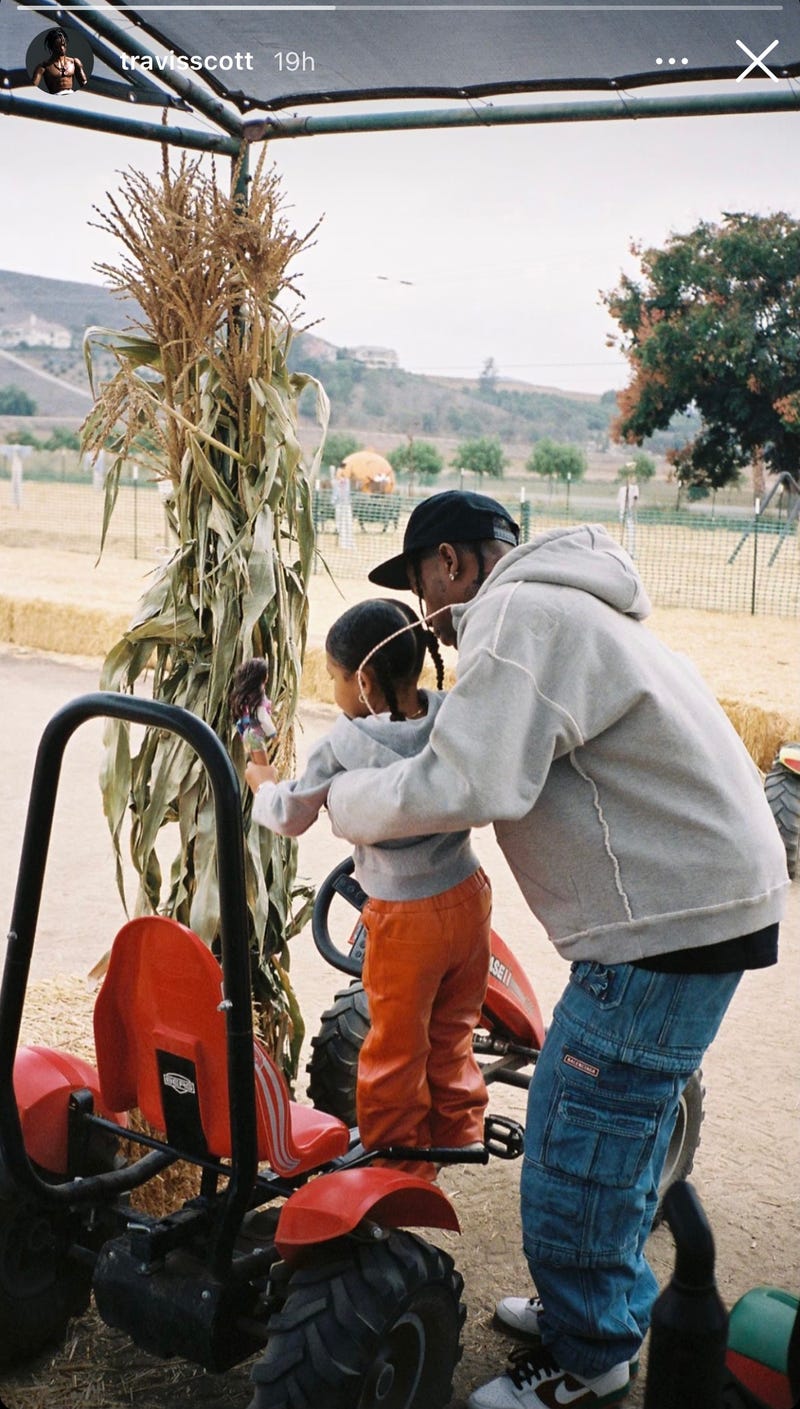 Clearly in a sharing mood, following the “Baby Blue” posts, Kylie gave her followers a sneak peek inside what could either be her second baby’s nursery, or possibly a playroom for her soon to be two children. Sharing some behind-the-scenes vids of its currently ongoing renovation.

“This is gonna be so cool,” Kylie said before showing off some ladder-like stairs, and then clueing us in to some of her plans, noting, “we’re gonna do a slide.”

Check out the reno pics below, and the possible cryptic gender reveal and adorable daddy/daughter pics above. 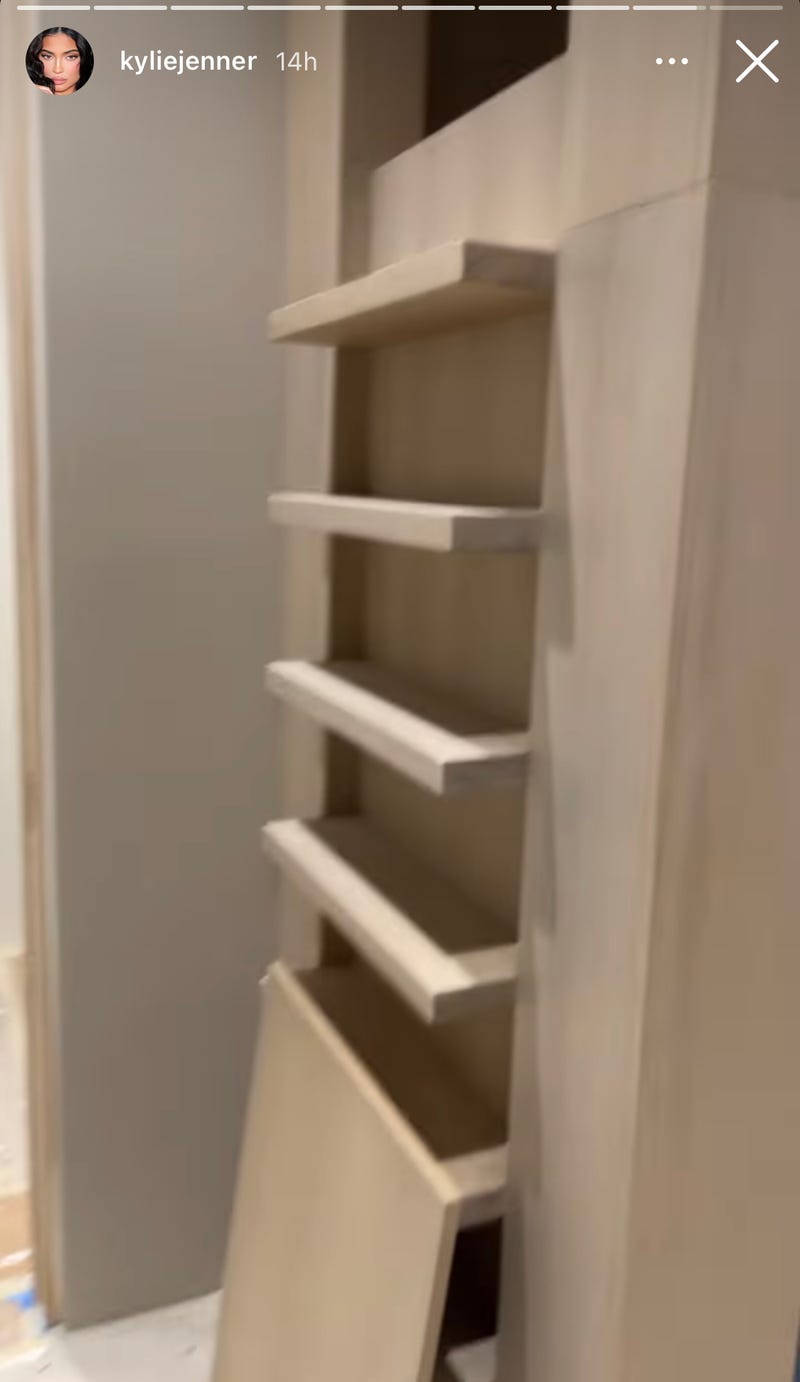 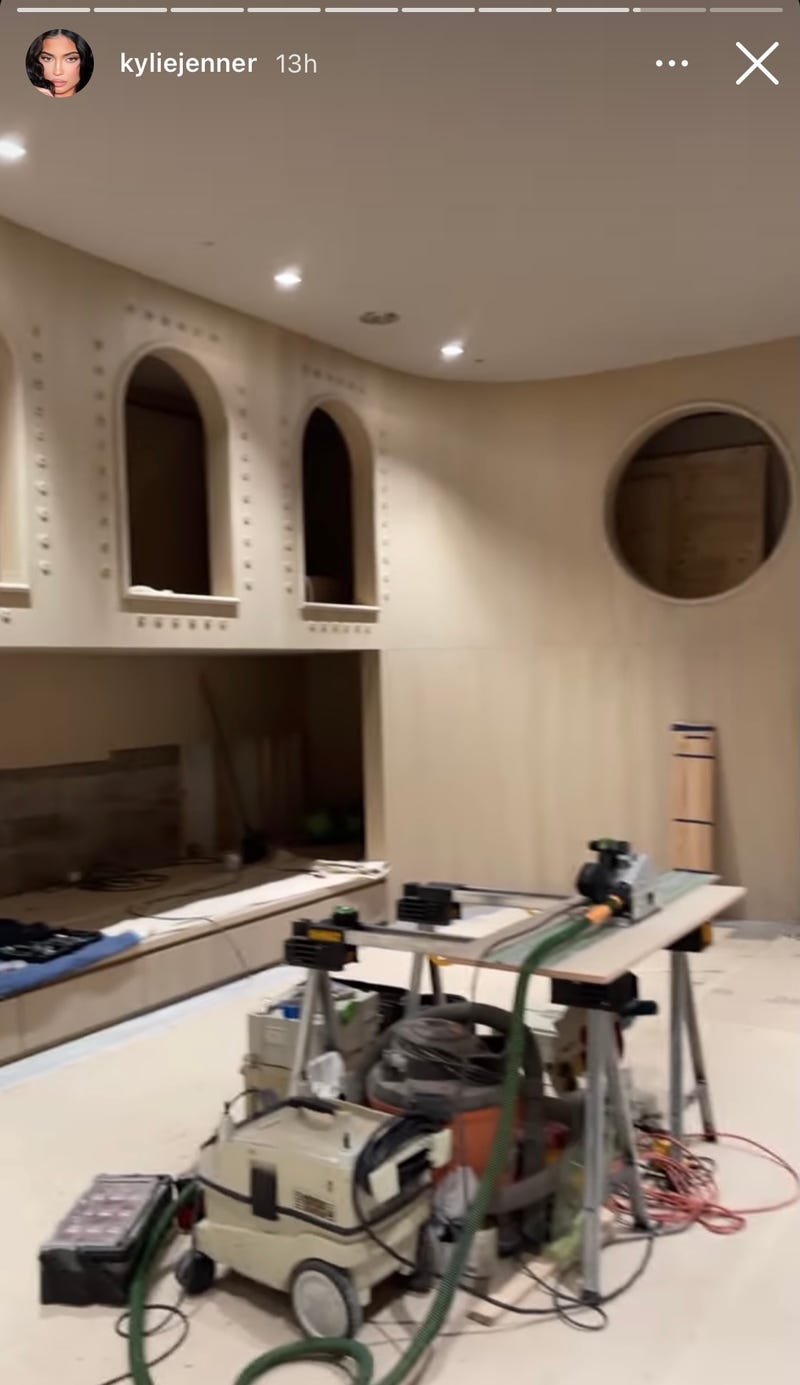