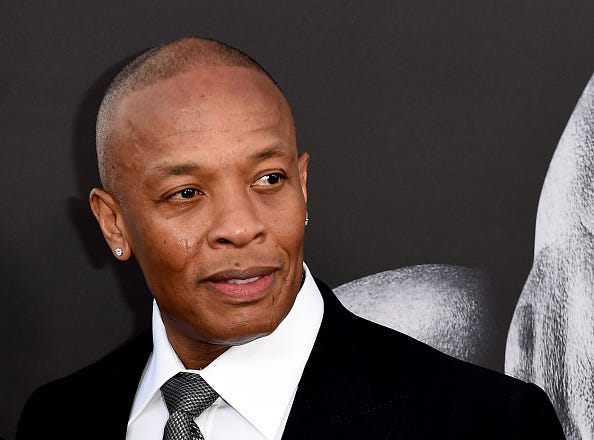 Dr. Dre has reportedly suffered a brain aneurysm and is currently in the intensive care unit.

According to TMZ, the 55-year-old rap mogul suffered the aneurysm on Monday and was taken by ambulance to Cedars-Sinai Medical Center in Los Angeles.

Dre, whose real name is Andre Young, remains in the ICU and is “stable and lucid,” per the outlet.

Doctors are continuing to run tests on the musician as they don’t know what caused the aneurysm, reported TMZ.

After news of his hospitalization, Dre gave fans a health update and disclosed he's "doing great" in an Instagram post.

"Thanks to my family, friends and fans for their interest and well wishes," the former N.W.A. member captioned a black and white image of himself in a music studio. "I’m doing great and getting excellent care from my medical team. I will be out of the hospital and back home soon. Shout out to all the great medical professionals at Cedars. One Love!!"

Dre is currently in the midst of divorcing his wife of 24 years, Nicole Young.

In June, Young filed for divorce citing irreconcilable differences as the reason for the split.

According to TMZ, the estranged couple is in a contentious divorce battle as Young is asking for $2 million a month in temporary spousal support and $5 million for attorney fees. Dre claims he's paying for all her expenses and believes $2 million a month is "outrageous," per the outlet.

Their latest divorce hearing was scheduled for tomorrow (Wednesday) in Los Angeles.