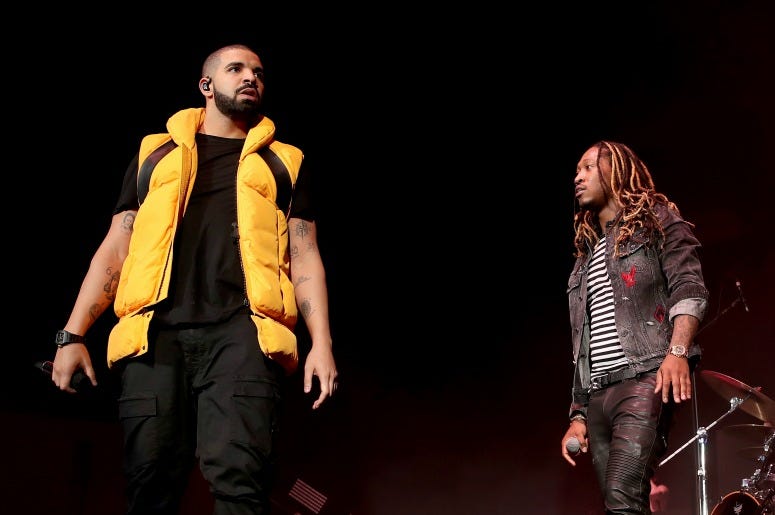 Drake and Future make a really great team, no matter the task at hand.

The pair released their new collaboration on Friday, “Life Is Good,” along with the video directed by Director X. The clip shows the duo putting in work together as garbage men, fast food drive-thru workers, IT guys, mechanics, and more. The video also features cameos from 21 Savage, Lil Yachty, and Mike WiLL Made-It.

Rumors have been swirling that the two prolific artists are eyeing another joint album, similar to 2015’s What A Time To Be Alive mixtape. TMZ is reporting that the two just re-upped with a gift, sporting matching gold and silver pendants each worth $200,000. They include over half a kilo of gold and 40-carat diamonds. From “Big Rings” to big chains, it’s likely a sign of more to come.

The pendants feature an owl and an eagle side by side, the respective symbols for Drake’s OVO label and Future’s Freebandz. The storm is coming, we just have to wait for it to arrive.

Before “Life Is Good,” Future last teamed with Drake on 2018’s “Blue Tint” for his GRAMMY-nominated album Scorpion.