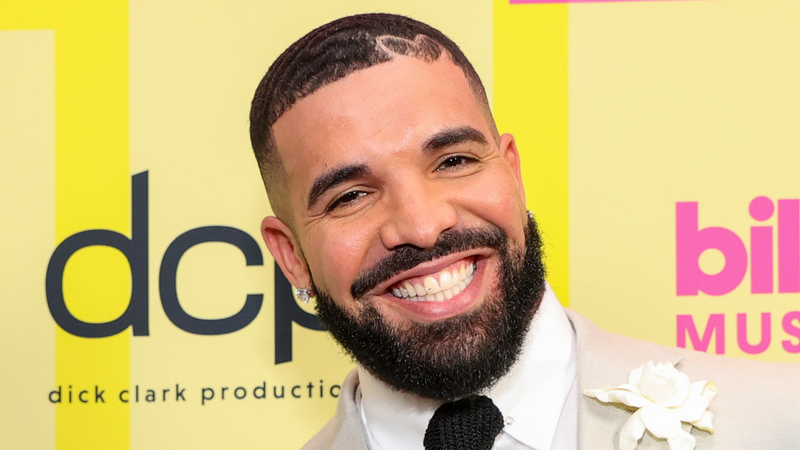 Started at the ranch, and now he's here.

In celebration fo his 35th Birthday, Drake had himself a not so little pre-Halloween costume party, held at Goya Studios in Hollywood.

For the star-studded event Drizzy went with a Narcos theme dubbed “Chico Amante,” which translates to “lover boy,” and obviously  a nod at Drake’s latest success Certified Lover Boy.

Inside the event were tables covered in prop money and bricks of fake cocaine. 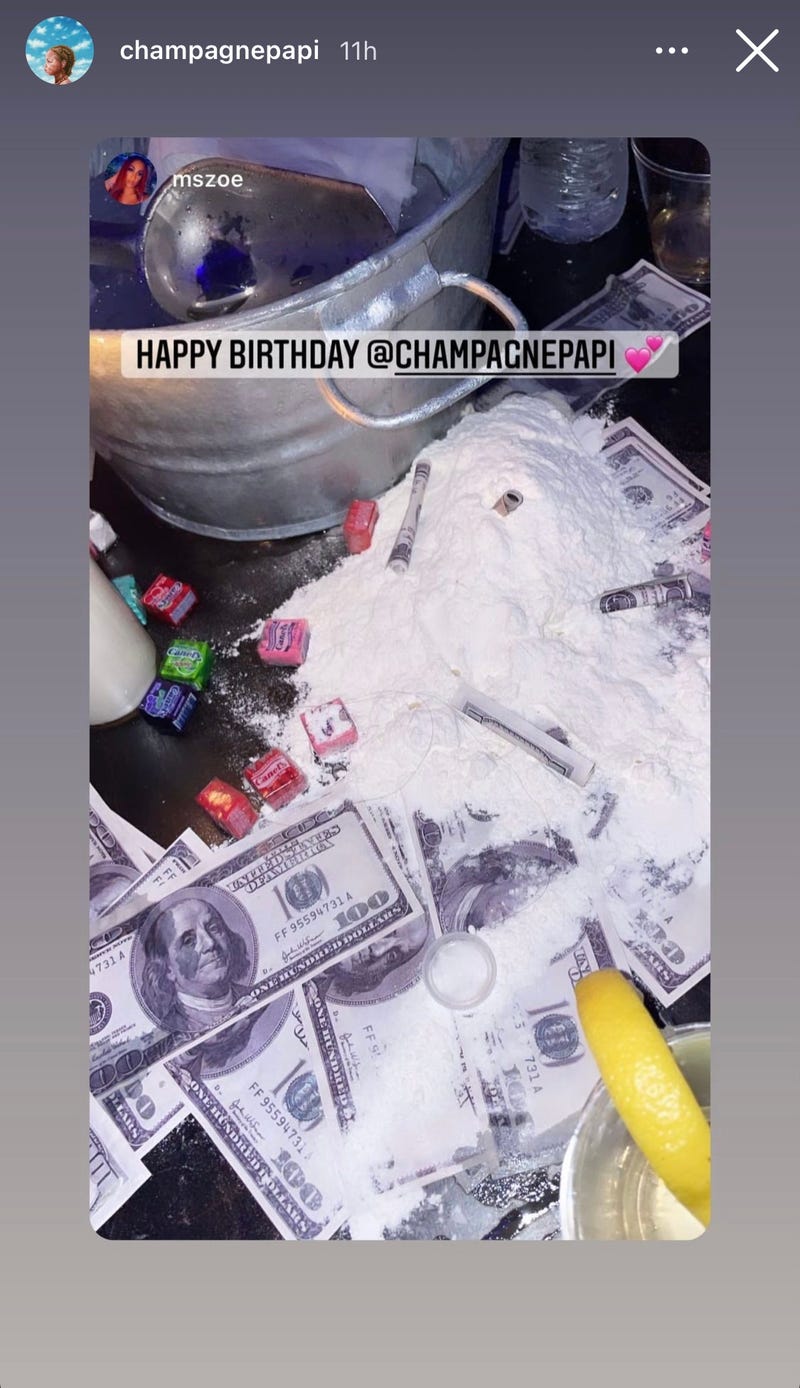 As for the guest, well the certified birthday boy had plenty of notable names in attendance — including F﻿rench Montana, Future, Chris Brown, Jack Harlow, 24kGoldn and Offset. And they came dressed to impress, decked out in their best renditions of the Netflix series, and left with some special “Chico Amante” merch.

Drizzy showed up in a full denim-on-denim ensemble (aka a Canadian tuxedo) for the occasion. The look included a cowboy hat, cowboy boots, a fringe jacket, and a bolo tie. At one point Drake accessorized his causally chic fit with some impressive rose gold bling that featured a picture of him and his son Adonis. 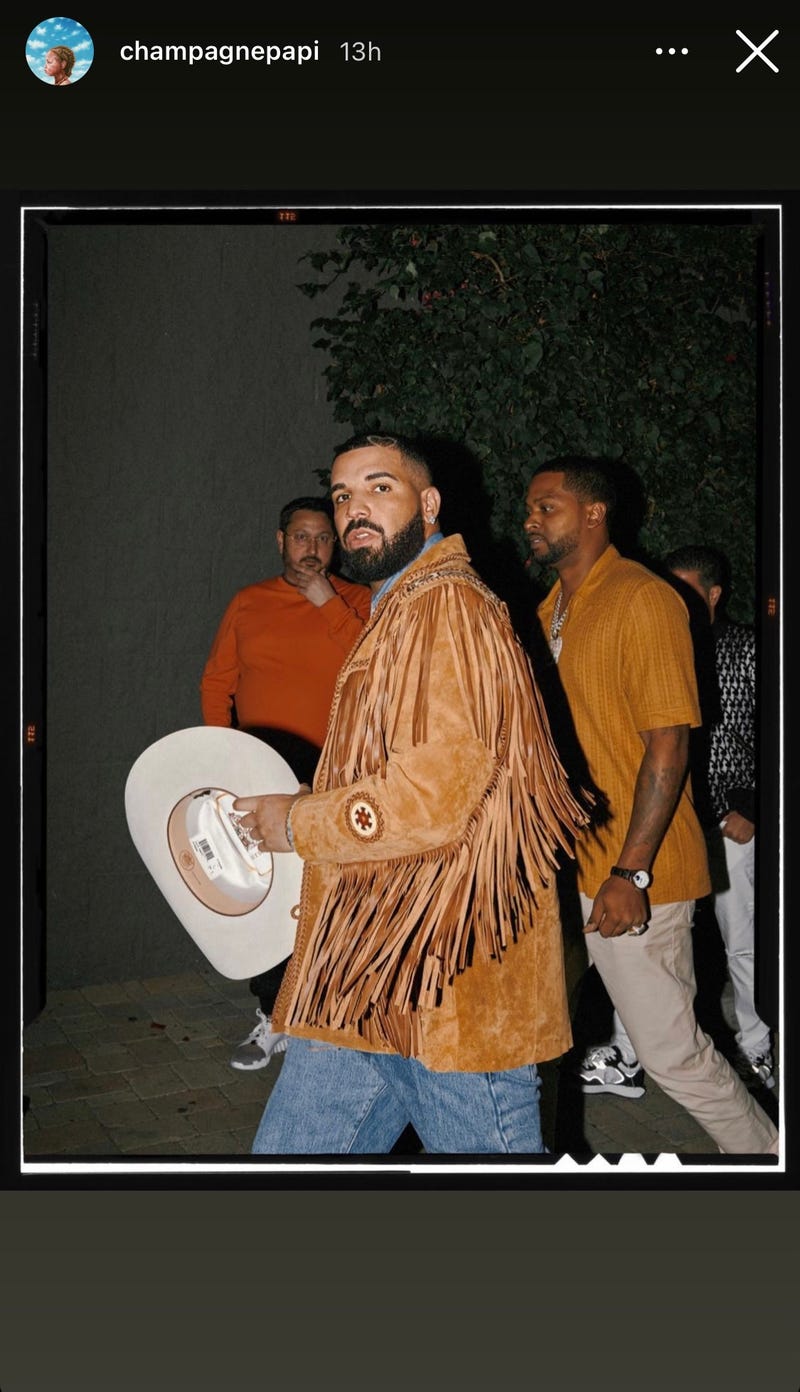 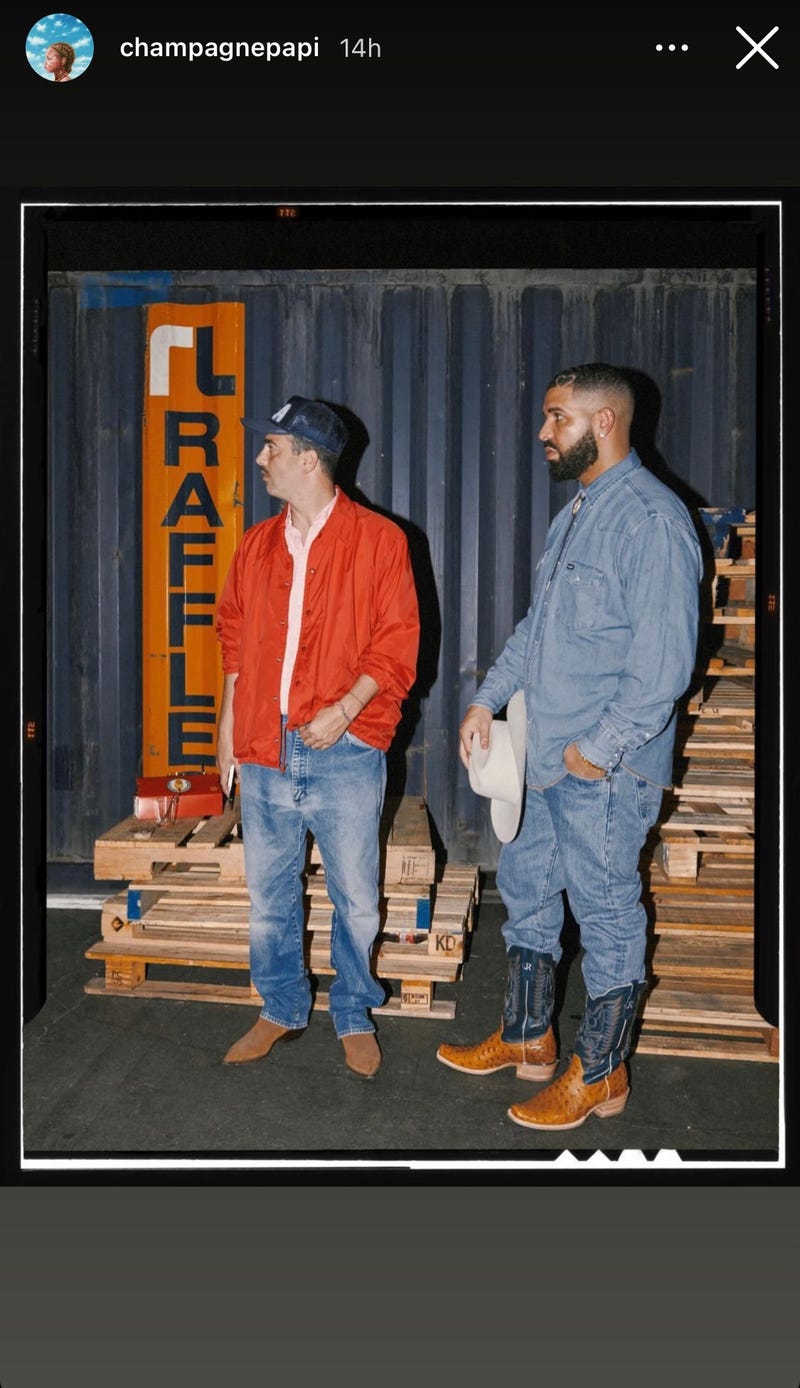 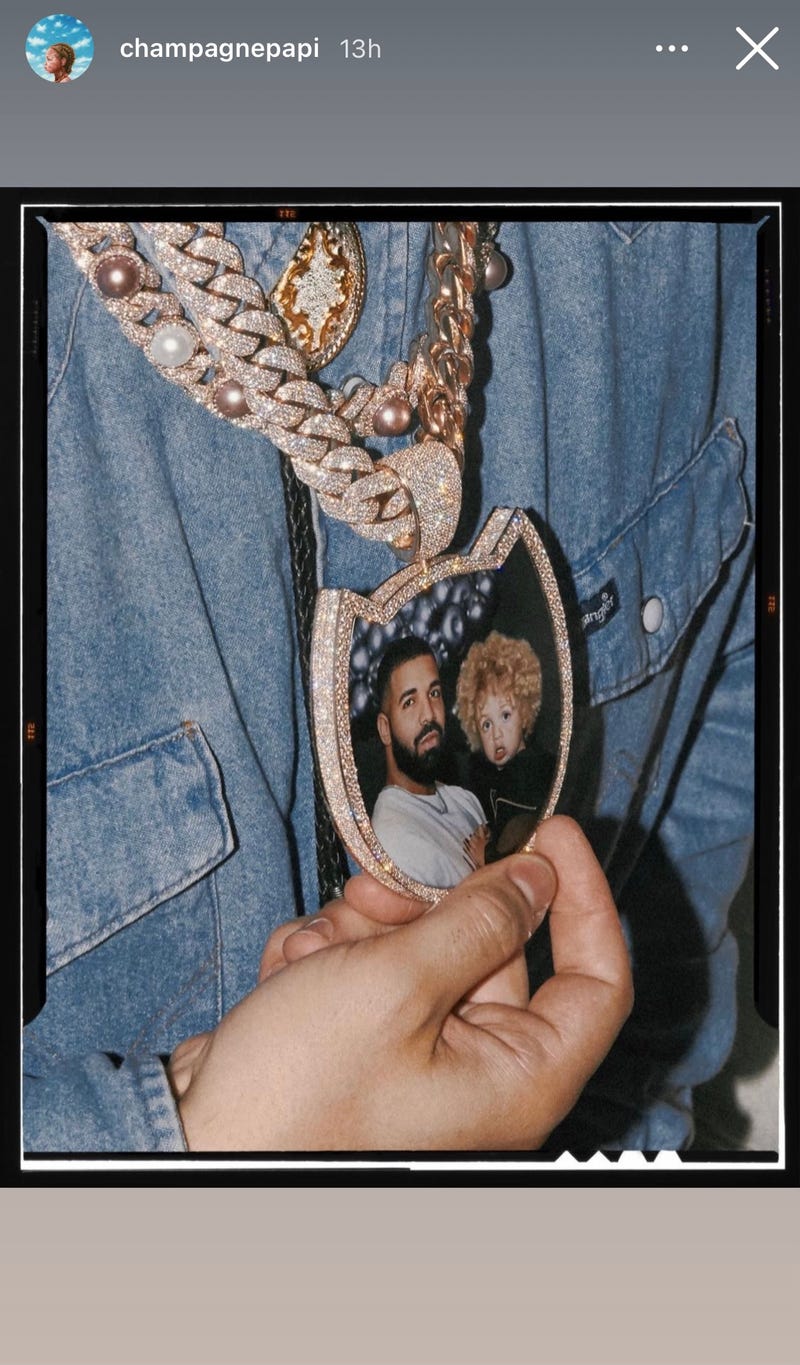 Whether the diamond encrusted chain was a b-day gift is unknown. But, we for sure know about at least one gift Drake received as a token for his latest trip around the sun, because he told us all about it on IG.

Gifted by one of his close friends, Future the Prince, Drizzy received a Rolls-Royce Phantom, which to him meant so much more to him than just any luxury vehicle. As it was the one he used to rent and ride around in to, as he put it, “keep up appearances” back in the day.

“Back in 2007 we used to finesse this Rolls-Royce Phantom rental to convince people in the city we were destined to make it,” Drake wrote in an Instagram post of the car alongside some archival footage of him in the car itself. “I used to scrape together 5k a month somehow to keep up appearances. We whipped this to Ottawa to see [Belly] and [Cash] and to Montreal for my first show ever. I used to pick up [Niko] and roll every day or wait outside [Nebby’s] class for her. Park outside 15 Fort York while me and [40] and [Oliver El-Khatib] would be upstairs cooking what would eventually become So Far Gone.”

He went on to tell his followers that he doesn’t necessarily condone spending money you barely have on “material things,” but that he now considers the act “extreme manifesting.”

“Today in 2021 my brother [Future the Prince] tracked down the exact car I use to stress over and gifted it to me… it’s mine now. Manifestation complete,” Drake added. “Thank you for all the love and appreciation and gifts and texts and dm’s… more than just loved I feel truly appreciated and that is the only gift I ever needed. TREY FIVE EASY MONEY DRIZZY 😈 let’s get this shit. BLICK EMMMMMM 🤞🏽”

Drake accompanied the encouraging and celebratory post with a throwback vid of himself inside the Phantom followed by a pic standing next to it as the new owner.