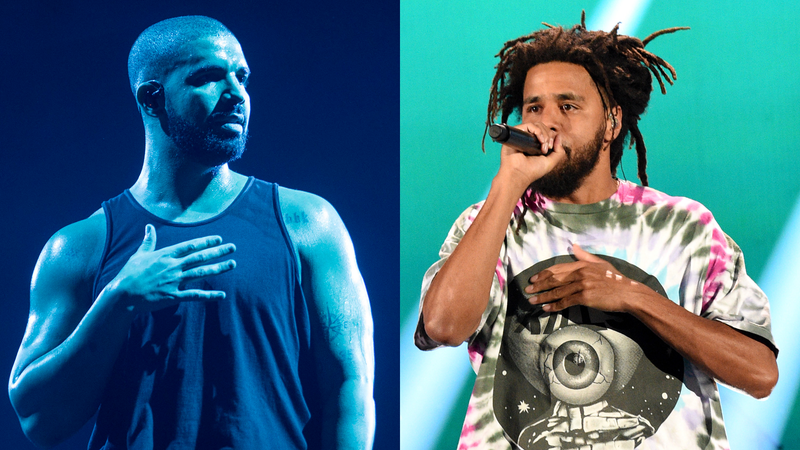 J. Cole kicked off his Off-Season Tour on Friday September 24 inside the FTX Arena in downtown Miami. In attendance and there for a surprise special appearance, among the stadium full of fans, was perhaps Cole’s biggest fan of all — Drake.

Listen to your favorite music now on Audacy and check out Audacy’s exclusive Drake Radio station to hear all of Drizzy best bops and more.

Yes, the lucky FTX crowd not only got to see the opening acts — 21 Savage and Morray perform, but they also were privileged to see, Drake and Cole share a special moment.

After Cole performed tracks such as “95 South,” “100 Mil,” “Let My Hand Go,” and “Pride Is The Devil,” among other hits, including tracks from his Off-Season album. Cole psyched out the crowd to believe the show had concluded, only to return to the stage within moments, this time with Drake.

As always, Drizzy did not disappoint, performing “Laugh Now, Cry Later,” bringing out 21 Savage to perform “Knife Talk” and then Future for “Way 2 Sexy.”

Afterwards, Drake took the opportunity to share moment to “heartfelt moment” with Cole, regarding his latest released track, “Heaven’s EP, which contained numerous boasts and moments of clarity from Cole, regarding his personally viewed status next to Drake and Kendrick Lamar, along with his thoughts on celebrity, fame and more.

However, when it came to the matter of rankings, Drake having a different stance, had the following to say:

“I just like, I gotta say this just cause I don’t always wanna have a heartfelt moment when we’re on stage together and s***,” Drake began. “But you did the ‘Pipe Down’ freestyle the other day, right? You said in the freestyle about they handed you the bronze and whatever whatever, me and Kendrick.

“I want you to understand something. You are without a doubt one of the greatest rappers to touch a mic. I wanna let you know, there’s way too many people in the world that think and know J. Cole is at the top of the pole position. I love you with all my heart, you’re my brother, you’re one of my favorite artists and I appreciate you having me out here.”

If you love Drake as much as he loves J. Cole, then you already knew all about his admiration towards Cole prior to this weekends concert confession. Yet, despite it being common knowledge to some, there’s just something different about Cole receiving his flowers from one the GOATS on his own concert stage. After hearing Drake's kind words, Cole beaming with gratitude and pride, embraced his longtime friend, which had the already hyped up crowd get extra loud.

Watch the heartfelt moment above, and if you haven’t already, check out the “Heavens EP” video below.