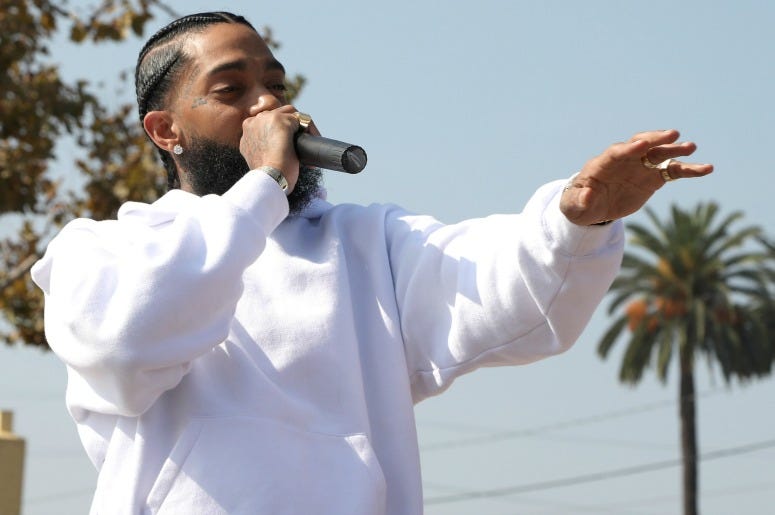 Thursday August 15 would have been the 34th birthday for Nipsey Hussle. The rapper’s life was tragically cut short in March during a shooting outside his Marathon Clothing store, rocking the world of Hip Hop and beyond.

To celebrate his life and his meaning to the community, friends and family have been sharing their messages of love on Thursday, honoring the force for change who worked to better his surroundings and educate young people.

“Happy birthday to my brother,” wrote NBA star Isaiah Thomas. “You aren’t here in the physical form but everything you stood for inspires the WORLD every damn day.”

“Grateful for the work and wisdom he gave us,” filmmaker Ava DuVernay penned in a touching post. “We miss you. Happy Birthday.”

For Nipsey. Ermias. Son. Brother. Partner. Friend. Artist. Champion. Grateful that he existed. Grateful we walked this vast earth at the same time. In the same city. Grateful that our paths crossed. Grateful for the work and wisdom he gave us. We miss you. Happy Birthday, Nip. xo pic.twitter.com/cNEZHUhiao

The legacy of Ermias Joseph Asghedom will live on forever! Join us in celebrating #NipseyHussle's birthday!👑🏁 #TheMarathonContinues #BETRemembers #Nipsey pic.twitter.com/7MuJqDI1pW

“The game is gonna test you, never fold, stay 10 toes down. It’s on you, it’s in you and what’s in you they can’t take away.” ~Nipsey Hussle

Happy Birthday to a real one, spoke nothing but truth in his rap. 💙💙

Happy birthday to my brother @NipseyHussle . Miss you bro!!!! You aren’t here in the physical form but everything you stood for inspires the WORLD every damn day #TMC 🏁

Nipsey was laid to rest at a special "Celebration Of Life" Memorial Service in April, with letters from JAY-Z, Russell Westbrook, and Kendrick Lamar being read at the ceremony. "His charisma and way with words was powerful" wrote Lamar.
"But his integrity as a person made me even more enthused."

Lauren London was Nipsey’s partner. and the two had a child together, born in 2016. On Thursday London posted her own emotional note writing, “Today we should love and give truth because that is how He lived his life. His Purpose still lives on with us all. Ermias wasn’t a sad soul. He was a powerful strong magical soul. Today is the day we lift up.”

Since his passing, several previously-recorded verses have been released featuring the rapper, including a song last week from Rick Ross.

According to TMZ, a barricade has been put up around Hussle’s Marathon Clothing store preventing people from gathering. His family is planning their own private event to honor him.