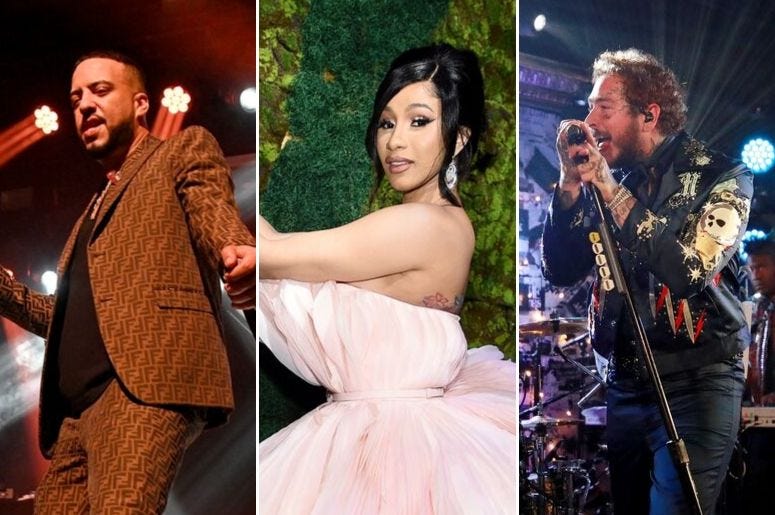 French Montana has enlisted Cardi B and Post Malone for a new single dropping this Friday, the latest preview of his upcoming album, Montana.

In a video teaser released on Wednesday night, Montana is seen stomping through the city with Cardi, and riding beside Posty for their new song, “Writing On The Wall.” The song is produced by Reggaeton specialist Rvssian, and has reportedly had a development journey since 2016, originally slated as a song for Malone, evolving into a track for French Montana with a killer feature from Cardi B.

Montana has been building anticipation for his upcoming album, scheduled to arrive on November 9. The LP will also likely include previously released collaborations with Drake, Blueface, and Gunna. Earlier this week, Montana released the cover art for the project, and debuted a trailer for the album. Both celebrate his Muslim roots.

As for his collaborators, Post Malone continues to have the number one album in the country with Hollywood’s Bleeding, and Cardi B is set to star in the upcoming Netflix competition show, Rhythm + Flow. The show features contestants performing in front of the “Press” rapper, T.I., and Chance The Rapper, hoping to show they have what it takes to make it in the rap game. The Hip Hop take on singing shows like The Voice debuts on the streaming service on October 9.