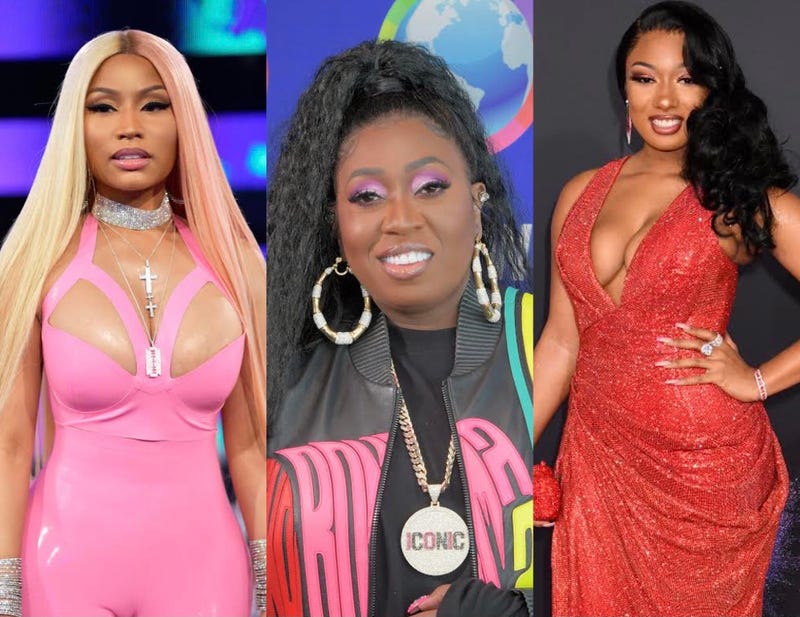 From the early 1990s to now, women in rap have always blazed new trails. And when it comes to iconic moments in fashion, it’s difficult to choose just 10 legendary looks, however, we did the heavy lifting for you and narrowed it down to a combination of our favorite modern-day and throwback looks from artists like Megan Thee Stallion, Missy Elliott, Cardi B, and more.

WATCH MORE: Megan Thee Stallion on the importance of being kind 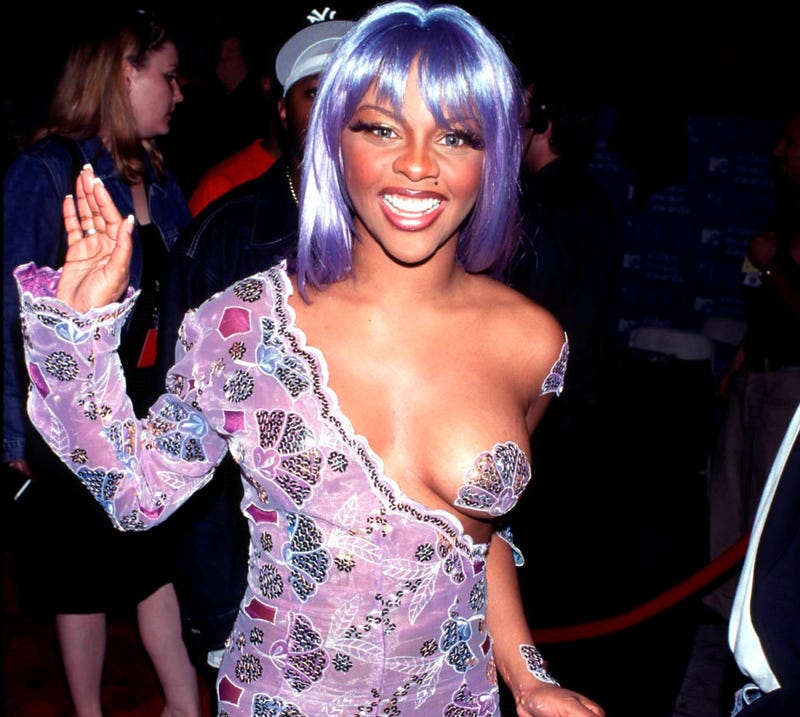 When discussing some of the most iconic looks of all time, female rappers or not, Lil Kim’s legendary purple jumpsuit, worn on the 1999 MTV VMA’s red carpet, should always be top of mind. Since Lil Kim donned the jumpsuit, designed and styled by Misa Hylton, red carpet fashion has been elevated ever since. The rapper and designer changed our expectations going forward in red carpet history. 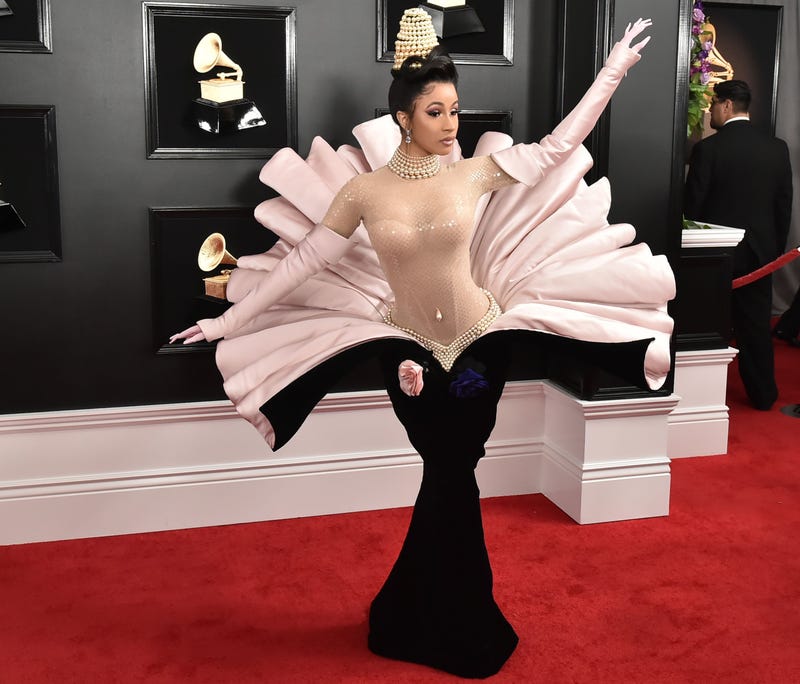 2 Cardi B reminding us she's as precious as a pearl

Like a rare pearl found in a clamshell, Cardi B delighted many with her ultra-structured and dazzling 2019 GRAMMYS red carpet look. The vintage Mugler dress was the highlight of the evening and further proved Cardi’s iconic stature both in music and fashion. The look originates from Mugler Couture’s Fall 1995 collection, and the “WAP” rapper wore it exactly as it was worn on the runway over 20 years ago. 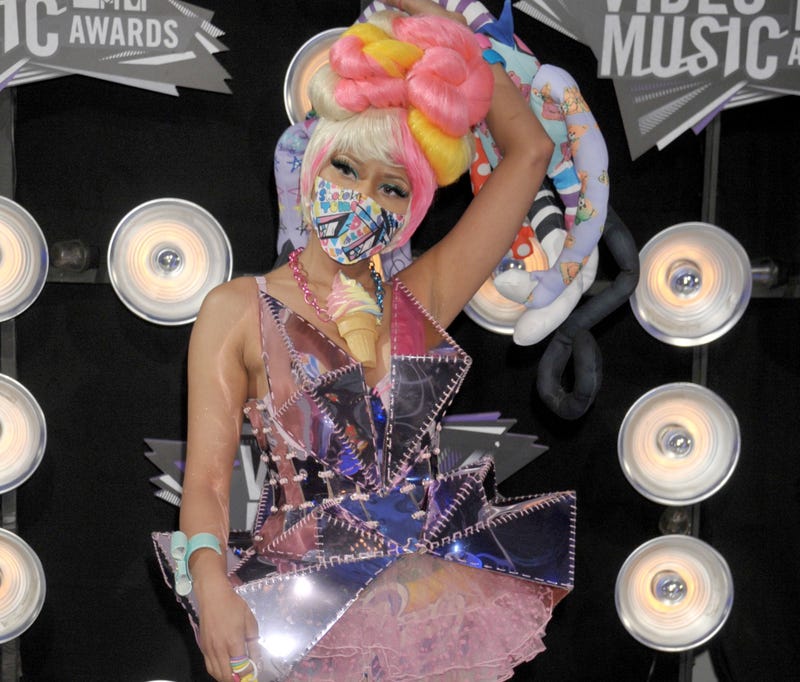 Did Nicki know something we didn’t? For her “Harajuku Barbie” look at the 2011 MTV VMAs, Minaj rocked a bold ensemble that featured a metal dress from Amato Couture and a Shojono Tomo face mask, that at the time was purely for looks… not a global pandemic.

Absolutely legendary. Missy Elliott's "Hip Hop Michelin Woman" first appeared in her music video for “The Rain (Supa Dupa Fly)” but has since become a cornerstone in Hip Hop fashion history. In a 2017 interview with Elle Missy told the magazine, “to me, the outfit was a way to mask my shyness behind all the chaos of the look. Although I am shy, I was never afraid to be a provocative woman. The outfit was a symbol of power. I loved the idea of feeling like a Hip Hop Michelin woman. I knew I could have on a blow-up suit and still have people talking. It was bold and different. I've always seen myself as an innovator and a creative unlike any other."

While Megan Thee Stallion is always serving “real hot girl s***” the rapper’s pink bandana moment featured on the cover artwork for her single “Girls in the Hood” really took the cake. The minute one catches a glimpse of the monochromatic outfit one immediately recognizes its relevance to the groundbreaking single that helped further bolster Meg’s incendiary career. 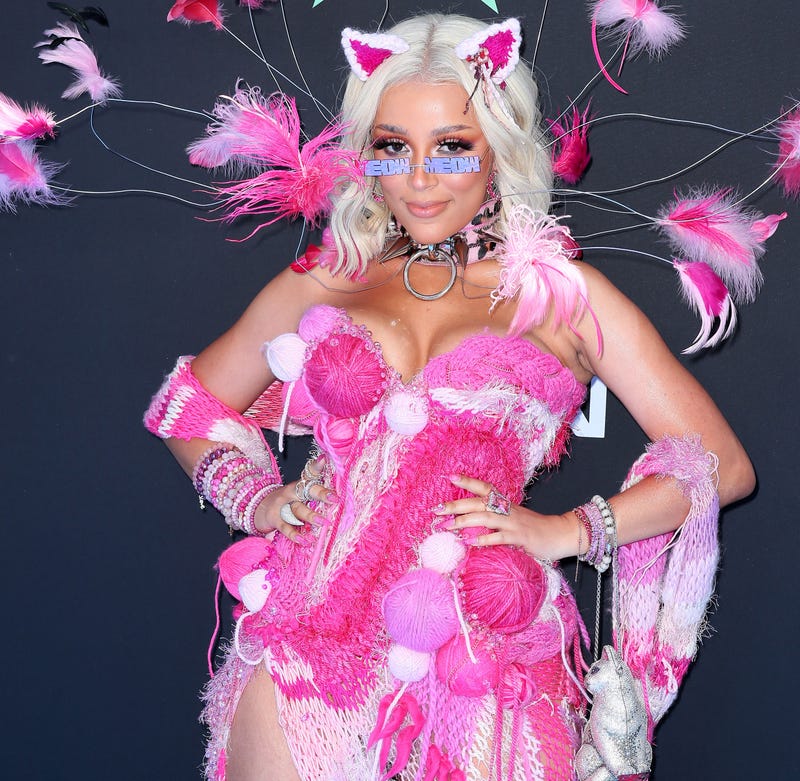 7 Saweetie and her 'Icy' bathing suit are anything but cold

Just in case you forgot that Saweetie is “icy, wifey haters wanna fight me,” the rapper took to Instagram to show off the golden glowing look to remind us. The jewel-encrusted bathing suit top appears in Saweetie’s music video for “Best Friend” alongside Doja Cat and her rainbow bathing suit.

8 Remember when Iggy Azalea showed us she was Cher Horowitz's doppelgänger?

In Iggy Azalea’s “Fancy” music video, she and Charli XCX give us their best recreation of Clueless, and of course, Iggy gives us a perfect Cher Horowitz yellow-plaid suit moment. 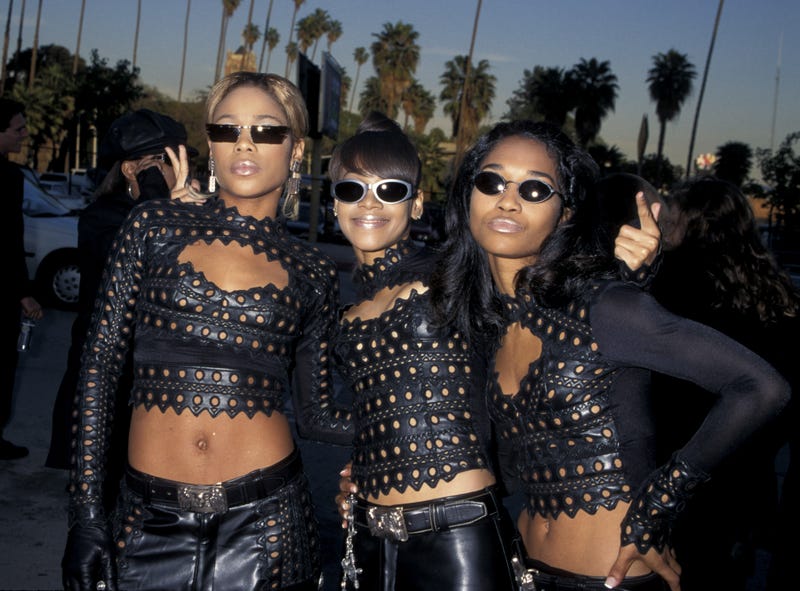 Obviously, the wardrobe department for The Matrix consulted TLC. On the 1996 Blockbuster Awards red carpet TLC showed up rocking leather, chain mail, and those iconic tiny glasses that everyone seemed to love in the 90s.

Rocking a T-shirt that reads “everything sucks,” a Vivienne Westwood pearl necklace, and a pink beanie reminiscent of either a pink p**** hat or Louise’s hat from Bob’s Burgers, Princess Nokia’s look, that appears on the album cover for her 2020 LP sums up how we all felt last year.