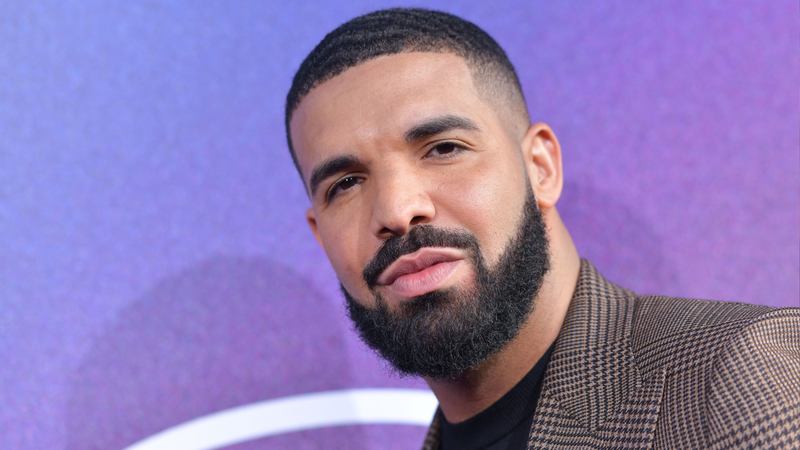 Everyone knows that when you get a feature from Champagne Papi himself, that song will rocket up the charts, because that’s just facts. Seriously, because only the best can go from starring as wheelchair Jimmy on low-key fire Canadian series Degrassi: The Next Generation to becoming one of the GOATs just in general.

But as for which of his features are the most fire, well that’s obviously subjective. But at least one thing we surely can all agree on is that for at least the last decade, Drake has claimed his rightful place at the top. Top of what? — ummm everything.

No but seriously. Drake’s ability to rise and maintain  has a lot to do with versatility. From switching up his usual hyper-precise, stream-of-consciousness rap flow for trap, dancehall or U.K. drill tracks, Drizzy has proven he can truly do it all. And obviously one of those things is serve up fire features.

Though sifting through to find the best ones proved to be difficult. As promised, we’ve come up with a Top 6 list, which we outwardly claim to be able to change or swap at any given time.

Oh and before we leave you with the list. In addition to the Top 6 list and in celebration of the 6 God make sure you check out Audacy’s exclusive Drake Radio station to to fulfill all of your Drizzy musical needs.

So, without further ado, in no particular order (not that it even had to be said)— here they are.

If Drake’s sing-rap melodic intro didn’t clue you in to how fire this song would be then somethings wrong with you and you’re in our prayers for real. Both Trav and Drizzy brought bars excellence. But obviously the pièce de résistance comes in Drake’s second verse. Never forget, folks - “Checks over Stripes.”

The late 2000s run of Young Money is the stuff of legends and you can’t convince us otherwise. Not only does this track bring back some major college mems. It’s responsible for gifting us with legendary lyrics such as, “Girl I gotta watch my back cause I'm not just anybody,” and “That's when we disappear, you need GPS to find her / Oh that was your girl, I thought I recognized her.”
This entire song is filled with features, and not to mention a bonafide bop. So, take you’re arguments elsewhere and don’t at us about Drake having other slicker features, because we don’t want to hear it.

Drake woke up and chose word violence with this one. Stacked up with plenty of lyrical ammunition for his haters at that particular moment in time. Especially Common, who he was beefing with at the time. Drake’s verse gives off extra combative vibes, which is just how we like it and obviously as a song it positively slaps, so there’s that.

Drake really went off on this one so odds are you thought it was his track, but nah it’s Meeks and thus can claim it’s rightful spot on this list. Nothing a like a chart topping bop to bump some longstanding beef to the side. Both rappers flex on their respective verses and in the music video looking all suited up mafia squad chic. But let’s actually talk about why we’re really here - Drake’s braggadocious bars that just further cemented our stance on willingly giving it all up for him.
What?! Don’t act like you didn’t feel the same when her said “I got more slaps than The Beatles (Beatles) / Foreign s*** runnin' on diesel, dawg / Playin' with my name, that shit is lethal, dawg.” And then, “Trust me, at the top it isn't lonely,” oh and what about, “You asked to see the boss, so they sent me, dawg.” #swoon.

Not only did Drake start of his verse with the absolute fire of line — “You know, one of the perils of makin' money / Is you can afford to be dramatic.” But Lil Wayne is also featured on this track, and obviously you can never go wrong when this Young Money/Cash Money trio goes bar for bar on the very same song, so there’s that.
And despite “Seeing Green” being Nicki Minaj’s track, Drake once again, hopped on with a song stealing verse making us reconsider who’s name should be credited first. Also Braggadocious Drake flexes with some some major boasts about his career and his riches, and you already know how we feel about that, so yeah.

Gratitude is always the best attitude. That’s clearly the motto here when Big Sean, Kanye West, and Drake come together for a song that counts their many blessings. But obviously it’s Drake, so he’s gonna brag a little - with bars like “Look, I ain't gon' say that we back or nothing / ‘Cause that implies that we're back from something” Drizzy took the opportunity to address his feud with his record label. Finishing off with - “If we're back from somethin' there's some checks you owe us / I expect that payment, nothing less or over.” Also when he said “I am just worried ‘bout my mama worrying less,” we really felt that.

Wanting to keep the list at 6 for obvious reasons, plus not willing to budge on removing one, plus needing this to be on the list as well - we decided to add a BONUS.
But instead of explaining why, we figure we’d just leave the verse right here, know it will more than suffice.

I'm about being single, seeing double, making triple / I hope you pussy/ n****s hating never make a nickel / It’s good to make it better when your people make it wit' cha’ / Money coming, money going, ain't like you could take it wit' cha’ / It’s about to be a hit right now, f*** back then we the shit right now / Dropped Take Care, bought a mothafuckin' crib / And I'm pickin' up the keys to that b**** right now / OVO that's major s***, Toronto with me that's mayor s*** / Gettin’ cheddar packs like KD, OKC that's player s*** / We don't dress alike, we don't rap alike / I shine different, I rhyme different
Only thing you got is some years on me / Man f*** you and your time difference / I’m Young Papi, champagne / They know the face and they know the name / Got one watch that could probably pay for like all your chains / And you'd owe me change, ah! / Greystone, twenty bottles that's all me / On the couch, wildin' out yelling free my n****s 'til they all free / One of my closest dawgs got three kids and they all three / But we always been that type of crew that been good without a plan B so.