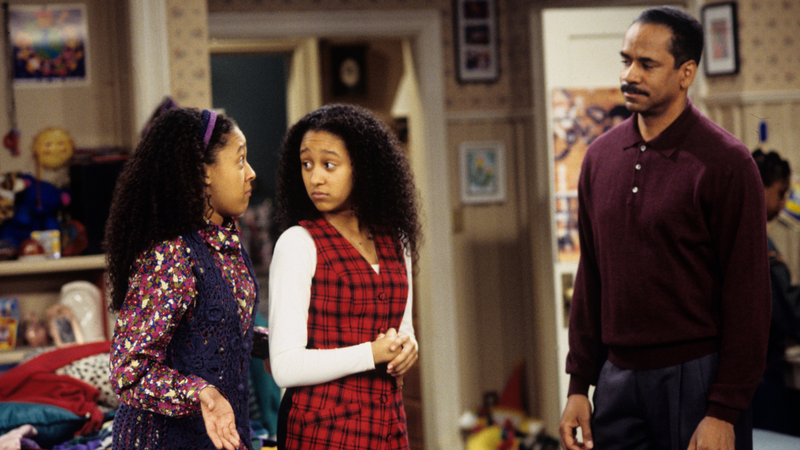 Back in the day when we were young, there were a handful of unmatched sitcoms and unmatched characters. However, there's a special place in our hearts for Black sitcom dads.

In honor of Father's Day, we're ranking our favorite Black sitcom dads. A few things to note— first, this is about the character, not the actor. Second, there are a few honorable mentions that some may feel we left off the list and here's why that's not the case. Three, in particular, came to mind. Carl Winslow from Family Matters lost a child and when we say lost, we mean that the show started with him having three children (Laura, Eddie and Judy) and then—one day— there were only Laura and Eddie.

Flex Washington from One and One spoiled his child as his form of parenting and mostly, relied on the women in his life to do the rest. Frank Mitchell from Moesha loved to uphold a double standard and tried to pass off his biological child as his nephew. Anyway, on a lighter note, here are our top 7 Black sitcom dads who we love.

All of Us was a fictional retelling of Will Smith's life with his blended family. Balancing a new relationship, raising a young child and co-parenting with an ex-wife, but this show made it seem much easier than anticipated.

Ray wasn't perfect. That whole stint running for office and temporarily losing his daughter's respect was a moment, but he gave solid advice and put Tamera, Tia and Lisa's needs/wants first (most of the time).

5 Michael Kyle, 'My Wife and Kids'

Michael Kyle was hilarious. He balanced being a good cop and bad cop exceptionally well, ran his own business and loved his family. Not to mention, that catchphrase...

Bernie aka Uncle Bernie took in his sister’s children and stepped into the role as a parent in the best ways he knew how. Did he always get it right? Hilariously no, but nobody’s perfect.

The Parent ‘Hood doesn’t get talked about enough in general discussions about Black sitcoms. In the clip above, Peterson took in an inner-city kid who turns to violence to get his way after getting jumped. After stepping in and getting shot, you truly learn how much he means to his family and how great of a father he is.

Like we said earlier, we’re discussing the character. Heathcliff Huxtable, along with Claire were top tier TV characters. They raised 5 very different children and always taught them valuable lessons. He also allowed them to make mistakes and be children.

Uncle Phil is the greatest TV dad of all time, hands down. Whether he was parenting his own kids or helping Will deal with his own internal struggles, he was present, active and aware. Even though the Fresh Prince reboot is coming, there will never be another who can take Uncle Phil's place.