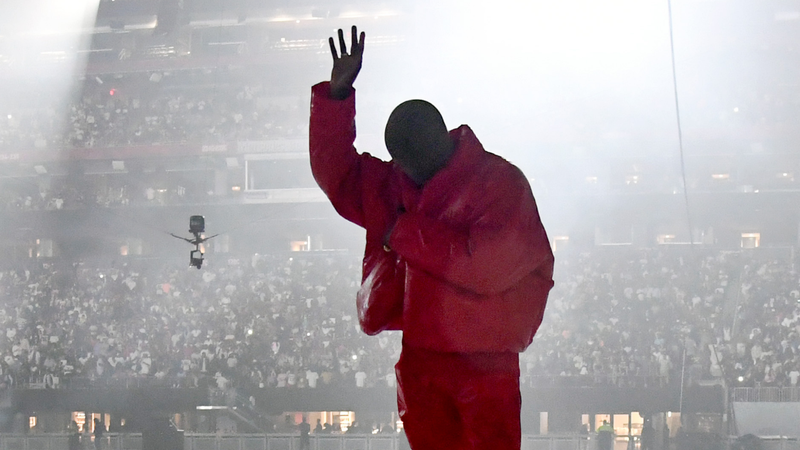 On this episode of MTV Cribs— sorry, live from MBS (Mercedes-Benz Stadium), Kanye West has new minimalist, living quarters in the heart of Atlanta.

From Chicago to Calabasas to some room in the famed Atlanta arena where his DONDA listening event was held, Ye is really on a mission to finish his highly-anticipated LP. Allegedly "inspired by the DONDA crowd," he moved into the stadium and will be there until the album is done. TMZ initially reported that he has "created a studio space, living quarters and even have a chef to prepare his meals" inside the arena.

A photo has surfaced of Ye's alleged bedroom that resembles a college dorm. The room has a bed, workout equipment, digital clock, TV, and a makeshift closet (though it appears he's living out of his suitcase). In a post-and-delete, the arena also shared a photo of the plaque outside of the DONDA studio and an insider told Page Six the rapper is in a "private space in the building." DONDA will reportedly be released on August 6.

While we wait for his first studio album since 2019's Jesus Is King, check out Kanye West Radio— exclusively on Audacy.