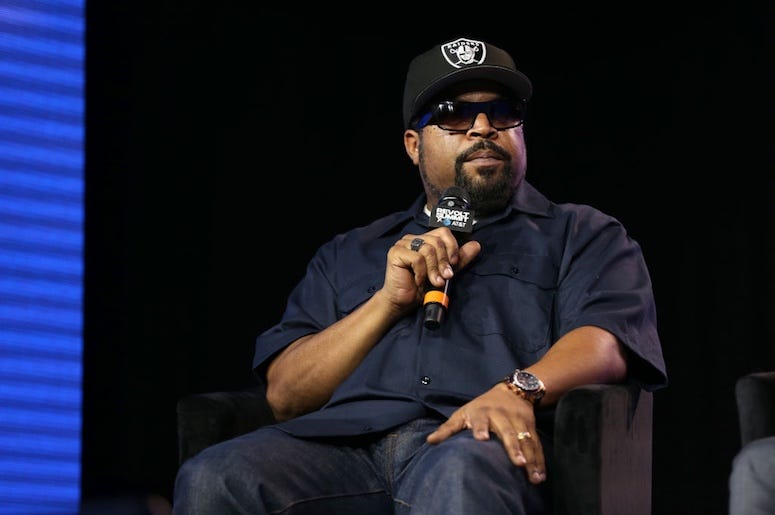 In a new interview with Fox News, Ice Cube remains adamant his work with the Trump administration is “not playing politics.”

Earlier in October, Katrina Pierson, advisor to President Trump, sent out a tweet that the administration had been working with Ice Cube on developing the administration’s Platinum Plan. The plan, which was hatched after the Trump administration found out about Ice Cube’s Contract With Black America, seeks to invest $500 million into Black communities.

Ice Cube explained why he took the offer to work with the Trump administration. "They listened, heard what I had to say, pumped up their plan and presented it to the people."

POWER PLAYER: Rapper and activist @icecube joined FOX News Sunday to talk about his “Contract with Black America” and how he’s working with Washington to make a change. #FoxNewsSunday pic.twitter.com/lrBZeMG6Xj

After host Chris Wallace suggested people have called Ice Cube a “sellout” over his decision to work with the President, he disputed it. "I've told everybody that I'm not playing politics with this," Ice Cube said.

"I'm willing to meet with anybody who could bring this to life and make it a reality."

Wallace also asked him what he would do to “push the system” over the next four years. "Find pressure points. That's the only way you can push," he said. "My daddy told me a long time ago, 'No matter who's the president, you gotta get up to go to work in the morning,' and I always remember that. So no matter who's the president, I'm gonna get up and go to work in the morning."

Ice Cube’s statements echo what he told RADIO.COM’s Big Tigger from V-103 in Atlanta in an interview a few weeks ago. “Every person I know trying to get something done has talked to power so that’s nothing, that’s a part of it,” he said.

“I expect to talk to every damn president until we get this contract done.”