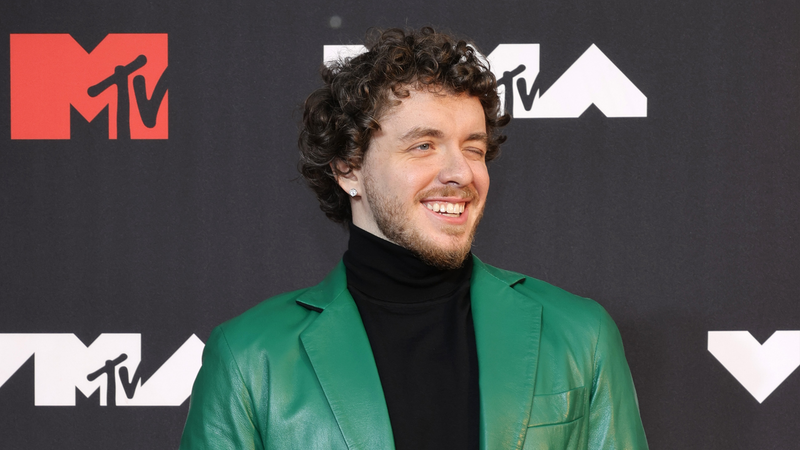 Pro Tip: Females, if you’re tryna "Rendezvous" with Jack Harlow, be prepared to sign an NDA first. That’s right, fresh off his No. 1 single with Lil Nas X, the rapper revealed the lengths he goes to, to keep his love life private.

So yeah, any female acquaintances of Jack must agree to sign the NDA before entering the room, because he doesn’t want his business on the internet. And if you’re not willing to sign, you’ll have to leave.

Speaking with GQ Hype, Harlow said he makes women sign a non-disclosure agreement before entering the room, which honestly shouldn’t really come as a shocker since he did rap about it on song "21C/Delta."

"I talked about it on my album; it’s my NDA record," he told the British magazine. "And then Billie (Eilish) released one about it more recently, so it’s being talked about more, for sure. The lyrics go: ‘First name, last name, date of birth / make a bad b**** sign the paperwork…’ But it’s a real thing."

"But sometimes it’s just to hang out," he explained. "And that’s solely to establish the idea that, 'Hey, my texts aren’t meant for your friends.' Our time together is for us. And I present it, like, 'Hey, listen, if you don’t want to sign this you don’t have to. This is a unique situation. And if you don’t want to do it that’s totally fine, but this is what needs to happen for us to be able to hang out. I just want us to hang out; I don’t want this to be a thing on the internet.'"

And while most women sign the paperwork with no question, some have chosen to consult with lawyers first. "They’re like, 'Give me a few hours…'" Which Harlow completely understands. And if you’re not willing to sign, well then you’ll simply have to leave.

Elsewhere in the interview, Harlow opened up about the opposition he faced from people on his own team when it came to collaborating with Lil Nas X on their hit "Industry Baby," which hit No. 1 on the Billboard Hot 100.

Praising his "fearless" collaborator, Jack expressed, "that’s what attracted me to (Lil Nas X) as an artist — he’s at the front and center of it, fearlessly. But, you know, there is a long way to go."

So despite what others advised him, Jack did what he wanted to do. "I had people in my corner that didn’t recommend I do that song, that don’t want to watch that video, you know?" he said.

"I just realize there is a fundamental difference with how the world is seen by some people. Some people think certain things are wrong. There are some people, at the root level – although they don’t want to hurt any gays; they don’t hate gays – they think it is wrong, whether it’s religion or whatever reason it is. But for me, I have never been this way. Never."