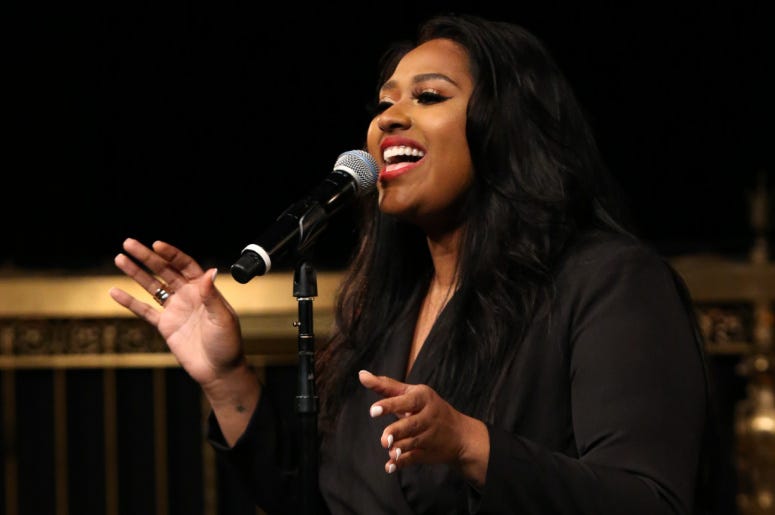 Jazmine Sullivan steps into Rosa's Risky Rotation at Denver’s KS 107.5 with RADIO.COM's Rosa to discuss her new EP, her love for SZA and Issa Rae, and singing the National Anthem at the Big Game this year alongside Country star Eric Church.

Sullivan blessed fans with her new EP Heaux Tales earlier this month, her first offering since 2015’s Reality Show -- a 14-track emotional escapade, and it’s not even a full album. Eight tracks on the release are songs, while Sullivan included some very honest stories, or “tales,” from her friends.

Listen to your favorite music now on the RADIO.COM app.

“I think I’ve grown to this point from the time I started to now,” Jazmine tells Rosa. “I’ve really grown up. I mean I was a kid. I was twenty-one when I first came on the scene, and now I’m thirty-three. So, you realize when you go through that long of a stand that you change and hopefully you grow and learn some things. I definitely felt like that’s just what naturally came out.”

“Including the tales on this was special to me because that’s another thing that happens organically, are these moments that I have with my girlfriends and I’ve been having since high school. I just wanted to share the knowledge that we give to each other, the support that we give to each other, and the way we just kind of release everything that's going on with ourselves." 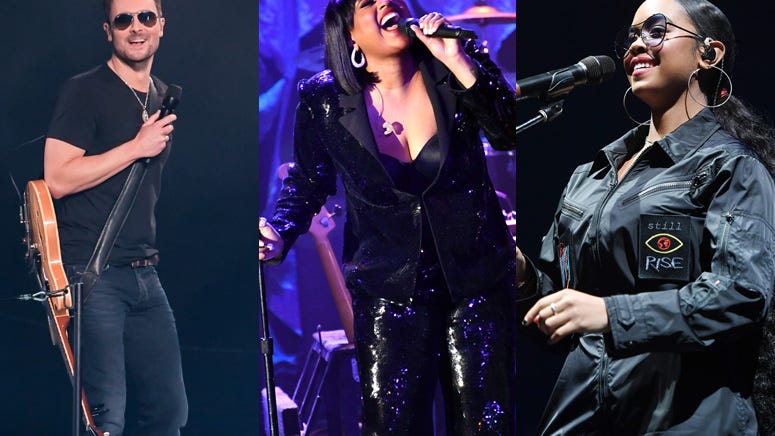 Super Bowl LV is set to be a star-studded event on February 7, with Jazmine and Country singer Eric Church on deck to sing the National Anthem. The always enigmatic H.E.R. has also been tapped to sing “America the Beautiful.”

"I can't believe it, I was definitely not expecting that call at all," Sullivan admits with a big smile. "I'm still shocked, I'm still speechless. Like, I just put my project out two weeks ago -- so I'm sitting here hoping everyone enjoys it and doing interviews and stuff. That's the lane I'm in."

I was not expecting to get a call like, 'oh you've been asked to do the Super Bowl.' I'm like, 'me?!' I'm excited. That's like, the biggest stage!"