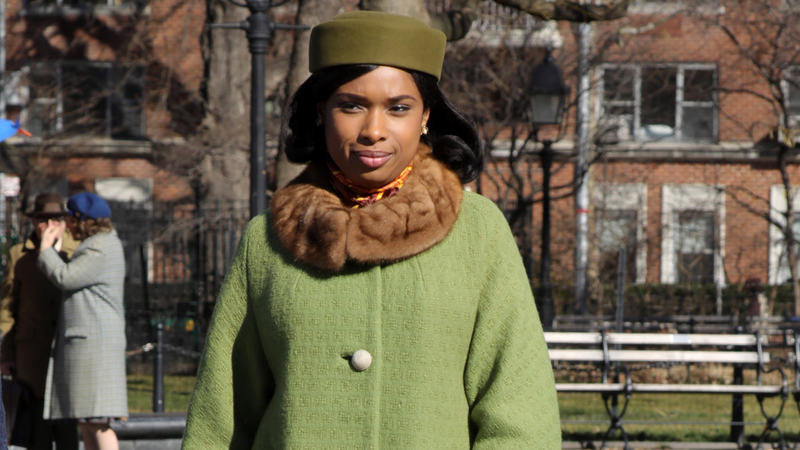 With Respect just around the corner, Jennifer Hudson is out and about honoring the legacy of Aretha Franklin with Franklin's family in their hometown of Detroit.

Hudson was handpicked by the Queen of Soul— prior to her tragic passing in 2018— to portray her in the forthcoming biopic, Respect. The "Spotlight" singer was joined by Franklin's family and friends for a private screening of the film, among other activities including a special moment at the Detroit Historical Museum.

The museum unveiled Franklin's handprints in Legends Plaza. The handprints were created during the dedication of Aretha Franklin Way in 2017, according to Detroit News. The outlet also reported that the unveiling occurred "just before the opening of a commemorative exhibit on Franklin, which chronicles her life up to her death in 2018." The exhibit will include artifacts from her life as well as props and outfits used in the biopic and will be open for the month of August.

Franklin's son, Kecalf, expressed that "it means everything" to see his mother be honored in this manner. He continued, "we are grateful that everybody is recognizing her and her accomplishments in life."

Prepare for the release of Aretha Franklin's highly-anticipated biopic with Audacy's exclusive station, Sweetest Soul. Take a step back with the pioneers of rhythm and blues including Barry White, The O'Jays, the Queen of Soul herself and more.