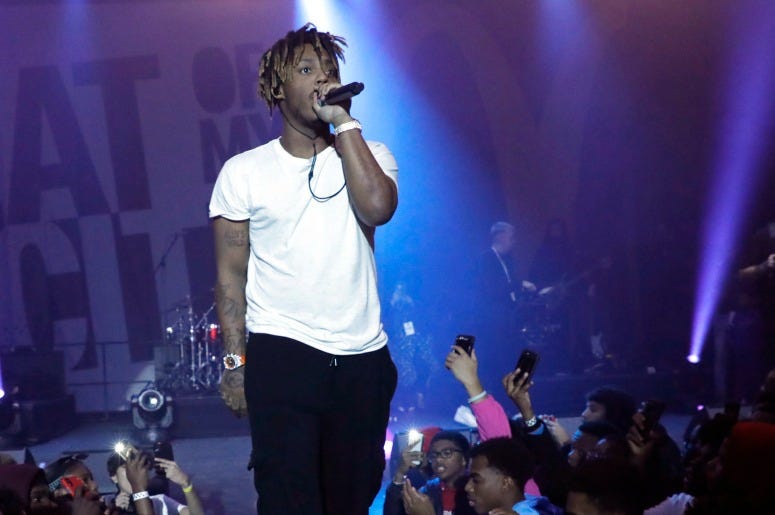 The family of Juice WRLD has released a statement after the rapper’s death in Chicago this weekend. The “Lucid Dreams” and “Robbery” artist reportedly suffered a seizure at Midway Airport early on Sunday, and was pronounced dead a short time later at the hospital.

"We loved Jarad with all of our hearts and cannot believe our time with him has been cut short,” the performer’s mother Carmella Wallace says in a statement to TMZ. “As he often addressed in his music and to his fans, Jarad battled with prescription drug dependency." 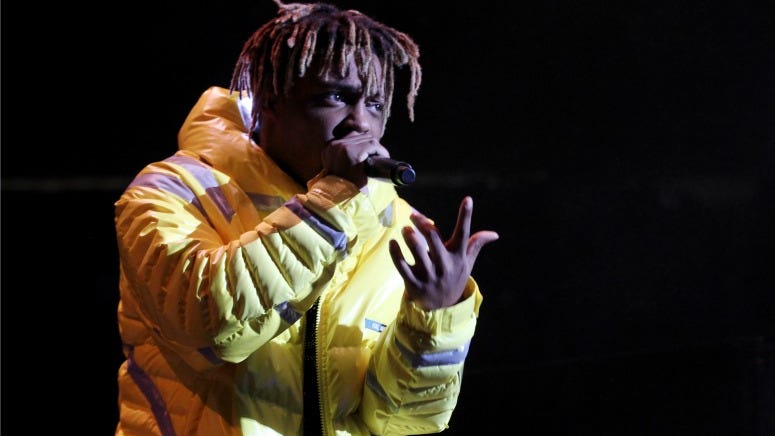 "Addiction knows no boundaries and its impact goes way beyond the person fighting it. Jarad was a son, brother, grandson, friend and so much more to so many people who wanted more than anything to see him defeat addiction."

Wallace and the family of Juice WRLD hope that this tragedy can serve as a cautionary tale for those who are caught in the same struggle with addiction.

"We hope the conversations he started in his music and his legacy will help others win their battles as that is what he wanted more than anything," she continues. “We know that Jarad's legacy of love, joy and emotional honesty will live on."

Juice WRLD was flying to Chicago from Los Angeles on a private flight, and is thought to have swallowed several Percocet pills upon landing, as federal agents boarded to search the plane. Law enforcement was waiting for the plane because of suspected guns and drugs on board according to the Chicago Tribune. Two men working security were charged with misdemeanor offenses for illegal gun possession, and a reported 70 pounds of marijuana was recovered from the group's luggage.

Tributes have been pouring in for the 21-year-old star, who broke through in 2018 with his debut album, and furthered his career this year with his second LP, Death Race For Love. More is expected this weekend at the Rolling Loud festival in Los Angeles, featuring a lineup filled with collaborators and friends, including Future, which Juice WRLD released an album with last year.