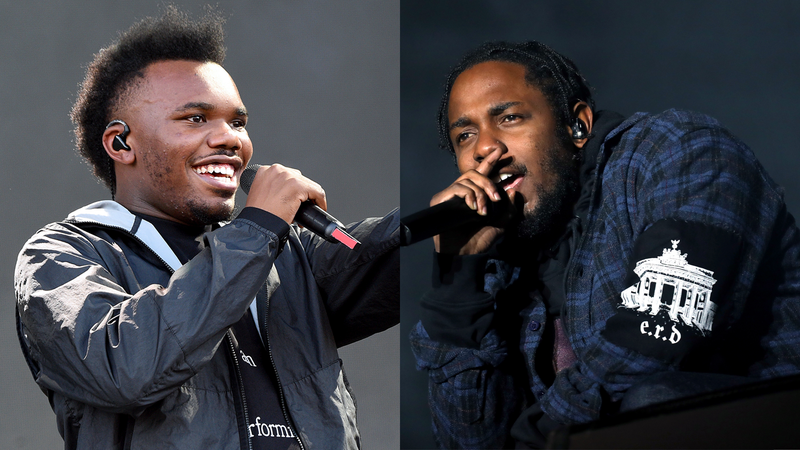 We already knew that Kendrick Lamar was getting ready to make his triumphant return by cooking up a new album after his (if you ask us) way too long music hiatus. But, what we didn’t know was that he was gonna serve us an appetizer first, by once again teaming up with Baby Keem for his debut album, The Melodic Blue.

Listen to your favorite music now on Audacy and check out the exclusive Kendrick Lamar Radio station for all your rapid fire rap needs. Featuring a mix of his best tracks (aka all of them) and bops from similar artists.

Having already linked up for Keem’s single “Family Ties,” which was released at the end of last month, the release of the entire album, which dropped Friday (September 10), it’s evident these two work well together as Lamar can also be heard on the bass heavy “Range Brothers,” and is also credited for co-writing the track “Vent.”

Though a second feature was unexpected as you can probably imagine, Kendrick once again delivered.

Broken up into three parts, Keem handles the first verse, chorus and post chorus for parts one and two, with Kendrick coming in switching off bars with Keem on the lengthy second verse.

Letting his arrival on track be know, Kendrick raps, “Everybody wanna be great but the work don't relate him to life / Be mistakin' the truth, n**** / I remember bankin' with Chase, like four-hundred K / Starin’ at it, I don't know what to do, n**** / Now I look at money like a resource / Every contract gotta put my kid's family in school / Health and wealth, goin' deep for it, do right for my next life / And he get some too.” He goes on for a bit more, before Keem takes control of the track, before once more handing it off to Lamar, or rather Lamar took it back.

After a weird (Twitter agrees) repetitive chorus, Kendrick shows up with some equally strange ad libs on the tracks last verse.

Aside from Lamar, the album features contributions from Travis Scott, Don Toliver and Rosalía.

As for Kendrick’s own music plans, his forthcoming album and his last on TDE appears to be inching closer. In the meantime, listen to “Range Brothers,” weird ad libs and all above, and Keem’s entire The Melodic Blue album below.