James Corden and Kanye West went above the clouds for a new take on “Carpool Karaoke.” The segment was called “Airpool Karaoke,” and found Corden on a real plane with Kanye and his Sunday Service choir. They talked about God and Kim Kardashian while the music lifted them to new heights.

“My flight’s just been cancelled. You’re not heading to L.A. are you?” Corden asks someone on the phone before wheeling his bags out to a commercial jet. Inside, seated in coach, is Kanye. Corden reluctantly takes the middle seat next to him and the unique journey begins. 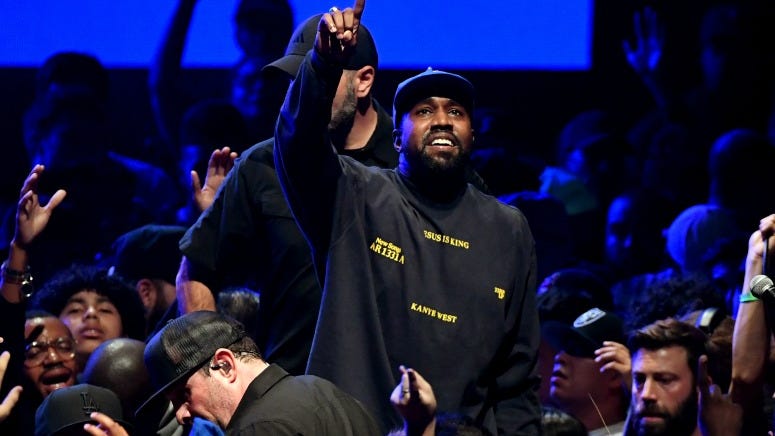 “Do you want to listen to some music?” Corden asks. “Yeah,” Kanye replies. “Yo, Jason, can we hear some music?” The singers perform “Jesus Walks” and “Souls Anchored” among other Kanye songs during the ensuing conversation.
Corden starts by asking West about his Sunday Service.

“It’s something I had a feeling that I needed to do that God put on my heart, and now he just keeps on taking me to new levels and taking us to other levels that we didn’t even image before,” West said. “God’s always had a plan for me and he always wanted to use me, but I think he wanted me to suffer more (first) and wanted people to see my suffering and see my pain and put stigmas on me and have me go through all the human experiences, so now when I talk about how Jesus saved me, more people can relate to that experience.”

On his marriage to Kardashian, West joked that marriage years were like dog years, while making it clear that he’s very happy.

“People thought it would be uncool to be married, then I got married and people were like ‘oh, that looks cool.’” West said. “It’s more than cool. It’s more than cool as hell - it’s heavenly. It’s great. It’s magnificent.”

Kanye credited his spiritual awakening for part of his success, saying it’s no coincidence that his financial fortunes are starting to change after he was once millions in debt.

His long-awaited, oft-delayed new album Jesus is King finally saw the light of day on Friday. The LP focuses on his relationship with God and how he used it to combat evil.