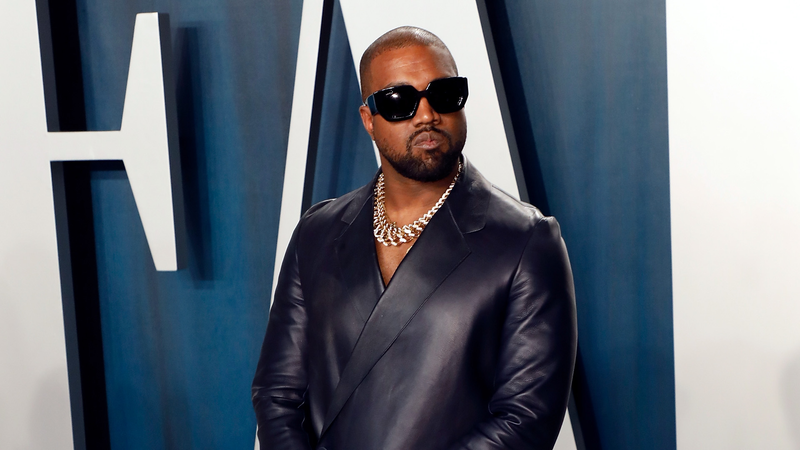 He’s Kanye West, Yeezy and Ye. He’s a rapper, producer, an artist, a designer, and let’s be real— so much more. And now after submitting paperwork to trademark the name 'DONDA' last month, it appears KW is looking to enter the tech game and launch a slew of products under said name.

According to legal documents obtained by (you already know) TMZ, Kanye wants to use the 'DONDA' branding on a range of tablet computers, surround sound systems and smartwatches. Also in the plans — 'DONDA' smart glasses, wearable activity trackers and protective flip covers for tablets as well as earbuds, headphones and wireless headsets.

And that isn’t all Kanye has up his puffer jacket sleeve. The 'DONDA' trademark application follows West’s company, Mascotte Holdings, Inc.’s similar filings to brand a range of homeware products under West’s name. As the documents specify, West aims to launch his own brand of blankets, made from a variety of cashmere, fleece, and silk.

Sure looks like Yeezy’s on a mission to expand his Ye-mpire. But what’s a Ye-mpire without a kween?

Well as it seems, Kanye is working on that as well. After both he and Kim Kardashian filed for divorce in February, the two might be pressing pause on proceeding after they were spotted reuniting for dinner, sparking speculation of their rekindled romance.

The duo first got the people going during one of Kanye’s many Donda listening parties, where Kardashian appeared in a wedding dress and seemed to be “remarrying” the her mans as the whole world watched. Then last Thursday, the exes were pictured exiting Nobu in Malibu, and the rumor, also according to TMZ, is that the two are in the process of “rebuilding the foundation” of their relationship.

However an UsWeekly “insider” has come forth to squander our hopes and dreams to assure the two are not together and that Ye is just “still styling Kim.”

Ummm, well we’re gonna choose to ignore that last bit and hope for the best for these two which for us means they get back together.