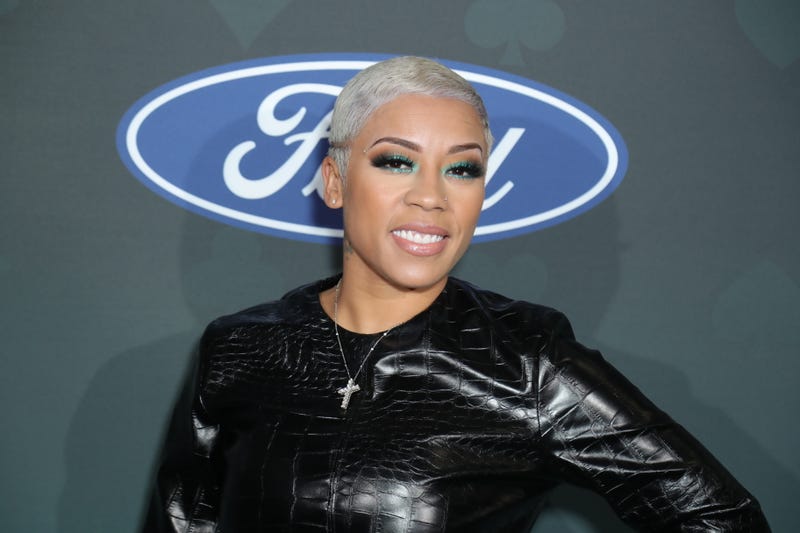 Relationship rumors surrounding Keyshia Cole and Antonio Brown have been circulating online for quite some time.

The pair were photographed together earlier this month, as reported by The Shade Room. They also recently collaborated on a song titled “Don’t Leave,” which is the first single off Brown’s newly released album Paradigm. But what really caused speculation, was when the former NFL player shared a video on Instagram that featured their collab playing in the background.

The IG video appeared to be footage of Cole's lower back tattoo, which is clearly Brown's initials “AB.” Brown captioned the post, "You Ain't Pimpin Until You Hit An RnB Diva. #FreeAgent #KeepPimpin." Apparently, Cole saw the Instagram post and decided to speak out. “It was a little harsh,” she said in an Instagram Live with celebrity stylist EJ King. “Maybe he doesn’t know that it was a little harsh for him to say that. Even me speaking to him, he was like, ‘Do you want me to change the caption?’ And I was like no, I don’t want you to change the caption.”

According to the IG Live, captured by The Shade Room, the GRAMMY-nominated singer is trying to figure out her relationship with AB, conversely she says he has made his intentions known. “…I think he made it very clear. He was like, you know, ‘Baby I liked you at first, but now I don’t’ — it’s like a no. So I think that’s just maybe just what it is… I’m trying to figure it out.”

On Tuesday (May 17) Cole allegedly posted and deleted a message to her Instagram Story regarding the entire situation. “Yea I was big trippin..smh I see it now. I have a 12 year old. Like that type disrespect for what.. Nothing is worth that level of disrespect, especially when u don’t deserve it. Had so much love, respect and admiration fa you. Guess that wasn’t mutual,” she wrote. Brown responded to the message with his own IG Live, saying “We don’t want you, Keyshia.”