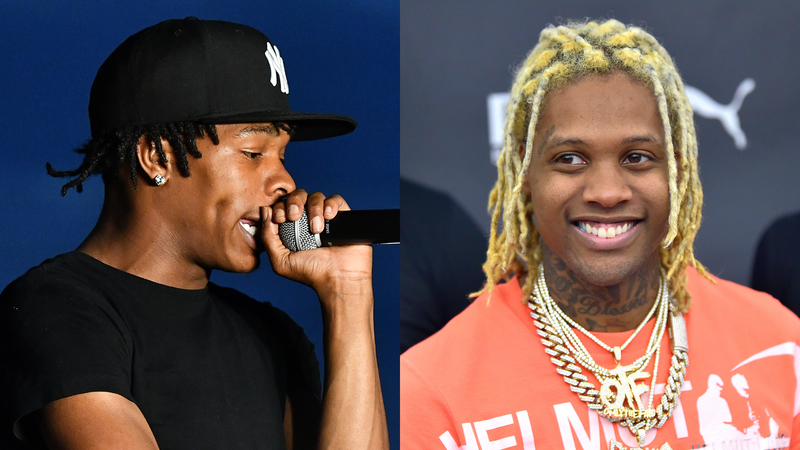 After smashing his GRAMMY performance this past Sunday, It seems 2021 is just getting started for Lil Baby who had some good news about what he has coming up.

During an interview with MTV, Lil Baby revealed that he and Lil Durk, who have teamed up in the past on several tracks, have been putting in work in the studio and plan to offer up some undeniable hits real soon. Saying, ”Me and Durk been locked in every night… that's the new one. We coming. Me and Durk dropping an album, fa sho.”

While the project has no confirmed release date or title just yet, the Atlanta rapper hinted that a possible name for the forthcoming LP could be, The Voice of the Hero. Also noting that he and the Chicago-bred artist already have racked up more than one album worth of music.

Further explaining the origin of the possible album title Lil Baby said “when it comes to that street s***, the streets is like, we the voices and the heroes of this s***. You know what I'm saying? Kids look at us like heroes. I know they look at me like one and Durk, too. That n**** been holding it down for a minute.”

As for the album’s sound, Baby assured that there’s gonna be a little something for everyone, "We gotta go both ways,” Baby explained, mixing samples, melodic vibes and hard-hitting bars. “The Bigger Picture” rapper further expounded, “we got songs where we're just bars, we got songs where... you know, the vibe. We got songs with other people that's just remakes of other songs. It's gon' be one of the craziest albums to ever come out.”

The GRAMMY-nominated rapper also disclosed that despite COVID-19 delays, he still plans to drop his Lamborghini Boys mixtape, which was first teased via Twitter in December of 2019. Baby explained that because he pressed pause on the EP, other music will be delivered first, but the mixtape is still coming nonetheless.

Check out MTV's interview with Lil Baby above.