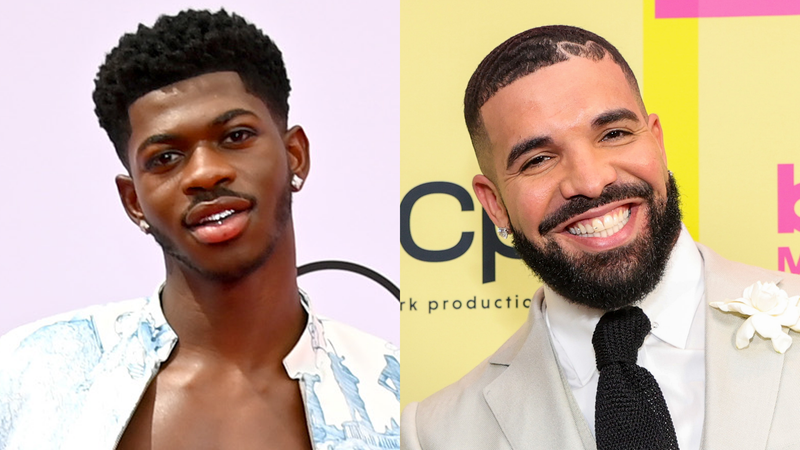 You already know internet trolls aren’t our thing, but NGL Lil Nas X kinda got us with this latest stunt.

Listen to your favorite music now on Audacy and check out Audacy’s exclusive Drake Radio station to listen to all of his bops as we countdown the days till his album drop.

Though last Friday it was just speculation, Drake started off this week by confirming that his long awaited album Certified Lover Boy would in fact be dropping on Friday September 3. Doing so with an IG post, Drizzy unveiled the album’s cover art, designed by Damien Hirst, which features three rows of Apple emojis of pregnant woman in a range of reworked colors.

Shortly after the announcement was made Lil Nas (aka currently one of the funniest celebs on social media— also see Taye Diggs) spoofed the unexpected graphic to promote the drop of his own upcoming album, in the most Lil Nas X way.

Posting a nearly identical image to Drake’s Damien Hirst design, except Nas’ graphic featured three rows of pregnant man emojis, and as you already know, we’re living for it. Fully committing, the smart and creative “Industry Baby” also followed through with a similar caption, writing, “MONTERO” THE ALBUM OUT SEPTEMBER 17, 2021”

All jokes aside, both of these albums are sure to set fire to the charts. But since Drake’s is dropping first, let’s talk that album merch. Which like his LP release date, he also announced on IG.

In collaboration with Nike, Drake is releasing a range of black t-shirts with a rose entwined check on the chest and CLB song lyrics (we assume) like, “Should’ve said you loved me today because tomorrow is a new day, “Something other than me has got to give,” and “I don’t miss… Let alone miss you,” on the back. 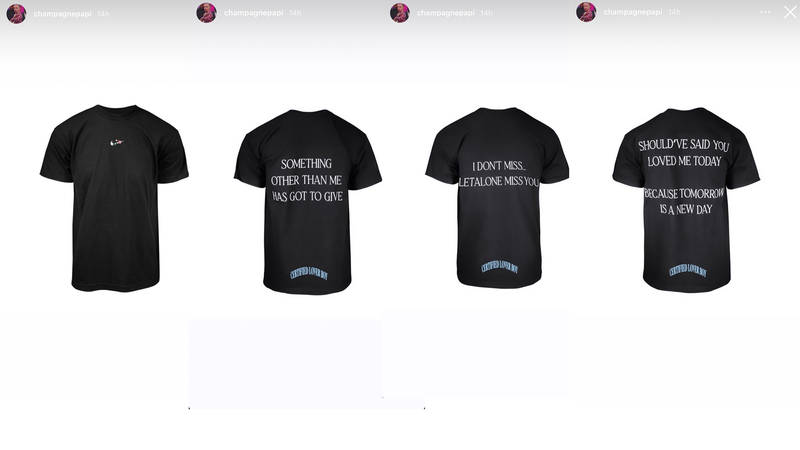 After sharing pics of the items on his story, Drake also let his followers know that a merch giveaway would be going down in his hometown. “@ovomark and @drwferguson giving out tees tonight in the 6 link up with the man demmm.” Which he followed up with a pic of him rocking one of the designs. 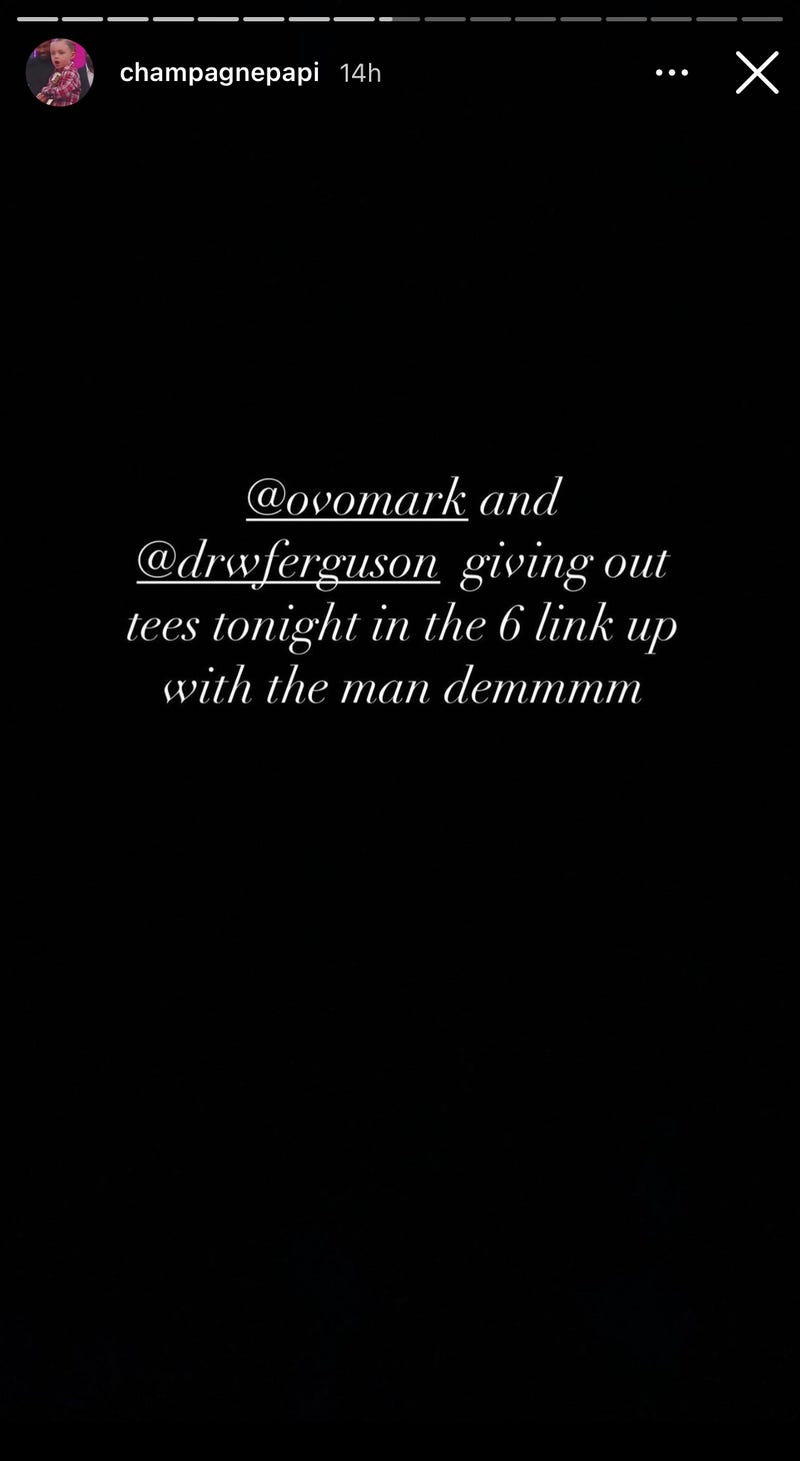 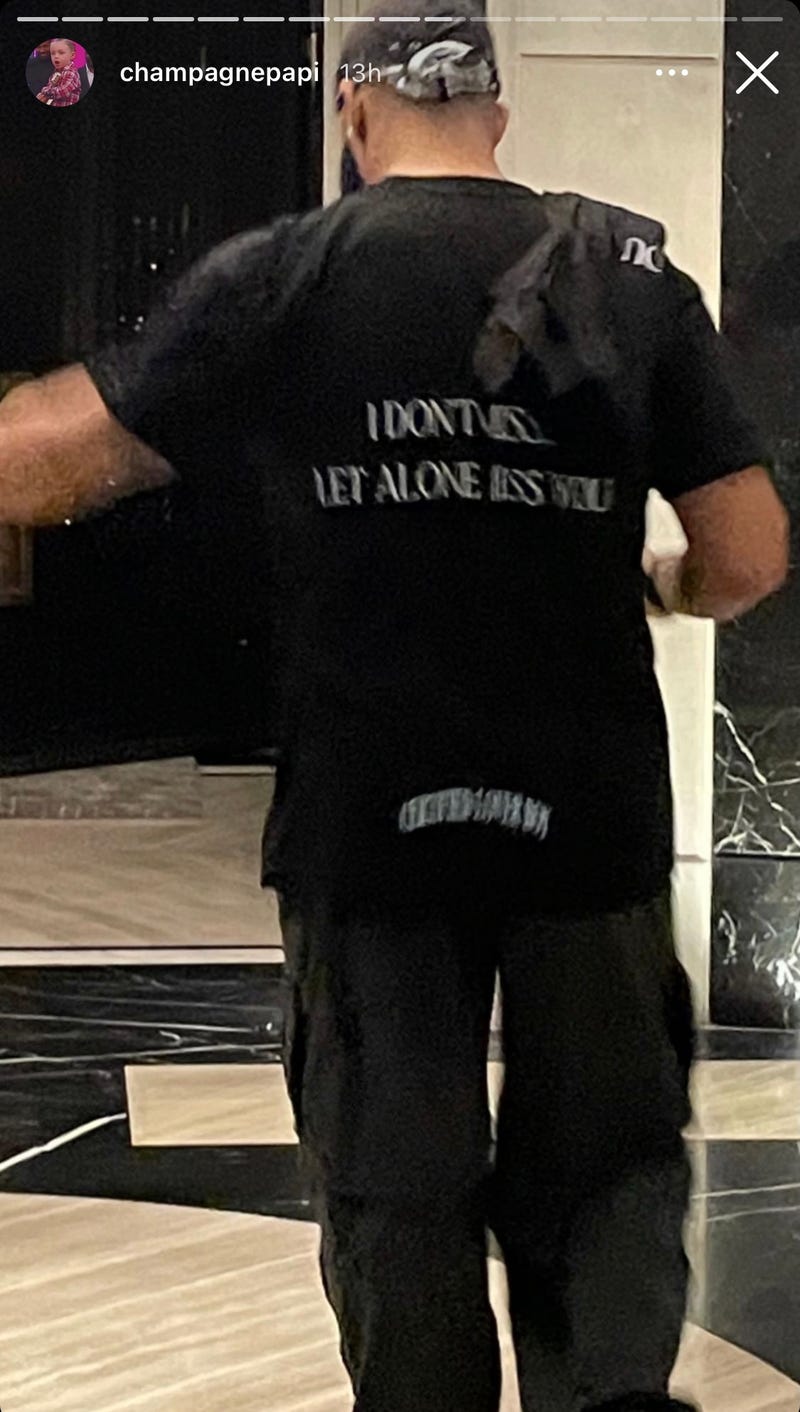 As promised, later in the evening, OVO Mark drove around the streets of the 6 (aka Toronto) to gift fans with the merch. Mark even hopped on IG Live with the man of the hour himself as he was passing out the t-shirts.

OVO Mark spoke with Drake on IG Live while he was out in Toronto giving away CLB merch pic.twitter.com/lsBxTIngDQ