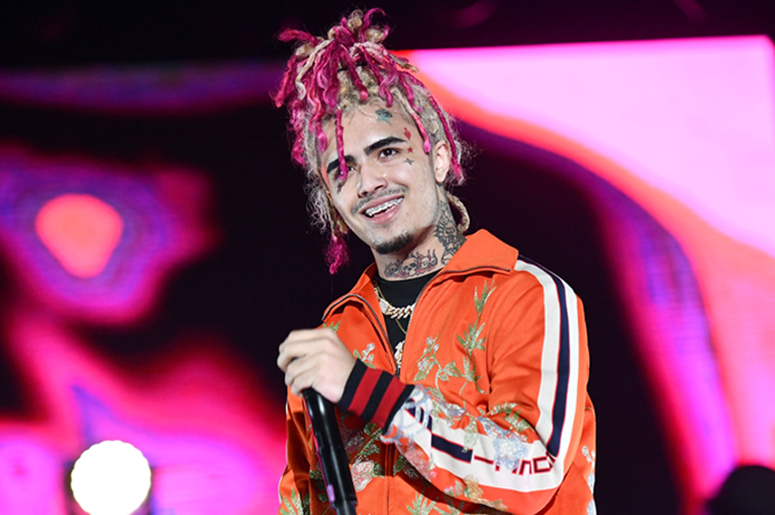 For those of you wondering who Lil Pump will be voting for in this year’s presidential election, don’t worry, he’s taken to social media to make sure it’s loud and clear and the answer is Donald Trump.

In a NSFW, profanity-filled Instagram Live video, posted around midnight ET, Pump had just one thing to say, “Aye, all I gotta say is ‘Trump 2020’ b****!' F***, I look like paying an extra 33 in taxes for Biden,” referring to Joe Biden’s supposed campaign promise to raise some of the tax rates. Then Pump, who’s real name is Gazzy Garcia, proceeded to call Biden “Sleepy Joe” — a nickname given to the former vice president by Trump himself.

And just incase his stance wasn’t clear on his IG Live, Pump also put his feelings in a post. “THE DAY I MET TRUMP #trump202022020," he wrote captioned an obviously photoshopped image that appears to show him shaking hands with the President.

Even though 2020 feels as if it’s been going on for years, it actually was just four years ago when Pump wasn’t so keen on the incumbent president, even tweeting “F*** DONALD TRUMP” in November 2016 after Trump won the election.